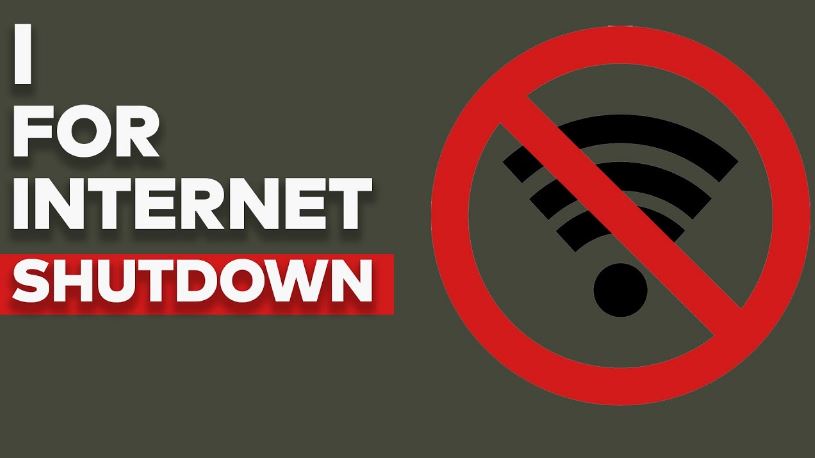 MODI has been claiming that his government has become transparent with all its data and services now being on the internet. If this is true, why is his government shutting down the internet? In 2018, and in 2019, India is responsible for almost 70 per cent of all estimated 196 such globally documented internet shutdowns. As we shall see, Pakistan is next, but is way behind – it has only 12 shutdowns compared to our 134! So not only are we world leaders in internet shutdowns, but also way ahead of the competition.

This year too, we have the “best” figures; we have 104 shutdowns. But these 104 shutdowns do not tell us the full story. One shutdown, and yes in the figures above it counts only as one, we have the whole of Kashmir shutdown for more than 143 days! It is the longest shutdown ever of the internet and affecting a population of 1.25 crore, and it still continues!

The Northeast, including Assam had a similar shutdown of 10 days. Again, the population affected was nearly 5 crore.

Even today, mobile internet is off in Kashmir, denying students from enrolling in colleges, and of households from doing a whole bunch of tasks that we take for granted in rest of the country. And for those who depend on the internet for their livelihood: Uber and Ola drivers, plumbers, electricians and other service providers who use aggregator services such as Urban Clap, etc, their bleak days still continue. Even electricity services, if pre-paid metres are installed, need internet services for continuing supply of electricity, and electricity supply can shutdown if internet services are snapped.

The truth is that even if the government provides some justification for shutting down the internet claiming the law and order situation, the Kashmir shutdown is nothing short of collective punishment for the people of Kashmir.

How does the internet shutdown operate, particularly as all these shutdowns take place under Section 144 of the CrPC. How does Section 144, which prevents people from gathering in numbers five and above, translate to shutting down phone and internet services?

The extension of the Section 144 provision to the internet and telephone services was done by rules issued by the ministry of communications under the Telegraph Act, 1885. These rules are called Temporary Suspension of Telecom Services (Public Emergency or Public Safety) Rules, 2017 and lay down the procedure for the union joint secretary (home) or the state joint secretary (home), to send an order to the police (rank of superintendent or above), who in turn directs the telecom licensees in every licensed service area to shut off telecom services. In simple language it means a magistrate declaring Section 144 under a colonial law, can also instruct the SP to inform the telecom company to shutdown phone and/or internet services under the Telegraph Act, 1885, another colonial era law. All the paper work, including signatures, review laid down in law are done post facto, meaning after the fact, by the concerned officers signing the orders to meet the legal formalities.

Earlier, the Kerala High Court, in a case where students were not allowed to use mobiles after a certain time in hostels, had judged that internet is now increasingly a necessity and therefore a fundamental right. Recently, the Guwahati High Court, while stating that law and order is a predominant factor in judging internet shutdowns, accepted the dependence of citizens on internet, and that suspension of internet services cause serious disruption in the lives of the citizens. It ordered the lifting on internet bans as it felt that the situation had improved, and such bans were no longer warranted.

The courts and this also applies to Kashmir, seem to back away from examining the legal issues arising out of banning mobile telephone and internet services, particularly in an era when the government itself claims it is moving away from delivering physical services, and even wants to do away with money. If indeed the claims of the government are true, we get government services which are only available via the internet, and all transactions have to be done using various mobile payment platforms, how does it square in with internet shutdowns? Disconnecting internet and mobile services is then simultaneously disconnecting the citizen from the government, and all other services including money transactions. A huge number of people, who use the internet for providing services, also lose their livelihood.

The courts by restricting themselves to law and order as the predominant factor, have not entered  the more difficult terrain of what is a reasonable restriction on internet and mobile services, and, are such restrictions proportional to the needs of the law and order machinery? How do we justify a suspension of internet services of nearly five months? Even if curfew is imposed in an area, it is lifted for a certain period during the day. Here, the ban is total; no mobile internet has been available for this entire 143 days in Jammu and Kashmir.

The provisions under the Telegraph Act may be compared to Section 144, another colonial era law. Section 144, allows magistrate effectively to ban all protests. The courts have held that there must be an “imminent” threat to law and order for such a provision – Section 144 to be used. It is important to note, and this is true of internet services as well, that any imposition of Section 144 takes away a citizen’s fundamental rights of freedom of speech and expression, assembly and movement guaranteed under Article 19 of the constitution and therefore must meet the test of reasonable restriction, and further must be proportional. That means any such measure that curtails our fundamental rights must satisfy two tests; is the restriction – on gathering, marches, other forms of protests –,reasonable, and are they proportional to the need to maintain law and order.

Recently, we have seen the whole of Uttar Pradesh being put under Section 144. How is this either reasonable or proportional? Did every magistrate in every town and district of UP come to this conclusion on their own?

Strangely enough, it did not apply to those supporting the government who could come out in spite of Section 144. We also saw snapping of internet communications – for short and prolonged periods from Aligarh, Lucknow and many other towns and cities. It is clear that the government’s answer to people’s protests is Section 144, mass scale FIR’s, identifying people from protests using cameras and video-grabs coupled with collective punishment of denying them a whole range of services that depend today on the internet.

In other words, even if the administration feels, and the court agrees that internet services can give rise to a law and order problem, is complete ban of internet services for prolonged periods proportional to the requirement of maintaining law and order? Is it the only way the government of India now feels law and order can be maintained only by prohibiting all forms of personal communications? Is it not a declaration of its complete failure in Kashmir?