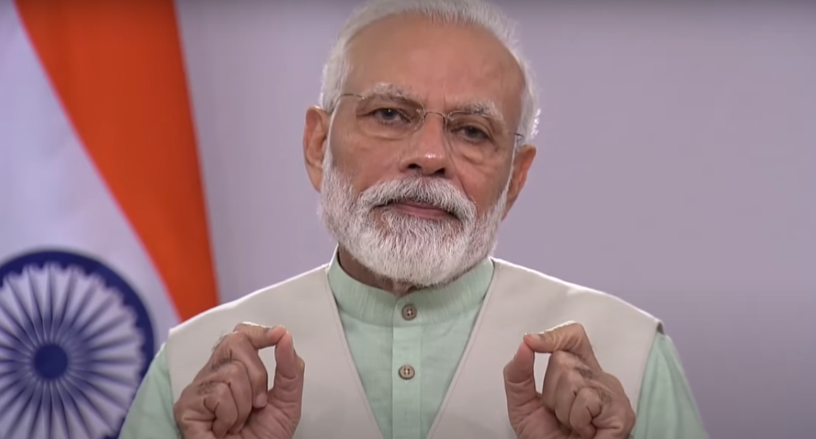 FOLLOWING the prime minister’s address to the nation on the evening of the March 24, the GOI strategy for dealing with the potential stage 2 to stage 3 transition of the covid-19 epidemic is now evident. They are hoping to break the transition by a full national curfew, curtailing mobility on a huge scale, in which the government itself is to shut down except for particular sectors.

The 21-day lockdown is likely to extend further, by at least a week, to 28 days. It is longer than 14 days, but if they carry it off for 18/19 days then it may be extended for another week, since 28 days is often cited as a safer margin for quarantine. The official “Guidelines on the Measures to be Taken” (issued after the PM’s address) for the “containment of Covid19 epidemic in the country”, does not in fact specify the duration of closure of public and private sector functioning, including the government.

But curfew management is likely to be, in several states, areas and localities, undemocratic, violating of rights and its quality severely dependent on the behaviour of police forces in different states. Scenes of police officers humiliating citizens in unacceptable and even violent ways have been seen for the last two days widely. The Telengana chief minister, with typical intemperateness, has spoken of shoot-at-sight orders for those not adhering to the lockdown. Much of these will be justified in terms of a national emergency.

The move however is very likely to receive wide international support. It will be seen as the only option for a poor country with a huge population and as a bold and decisive move on the part of the prime minister. The appeal by the World Health Organisation, calling on India to take the lead, as in the case of small pox and polio eradication, and its timing, in the morning of March 24, suggests an endorsement by the WHO of this strategy.

Given the long-term structural constraints in the health sector, and the near-complete inability of the government so far to mobilise on the scale required, in terms of testing, medical equipment, hospital readiness, and intensive care arrangements (though some attempts at a bare minimum are being made), the lockdown on a national scale is realistically the only option left to manage this crisis at this late hour.  But even this cannot work, as the WHO has often emphasised, without removing the infected from the population, isolating them, and without appropriate roll-out of hospital care for those who fall ill and those whose condition may further deteriorate. However, the whole approach in terms of medical care has been quite lackadaisical. Corporate India’s response also has been slow and halting, content to let the government lead, and very non-proactive in talking to the government on how to deal with the Covid19 crisis.

As is typical of the top-down disaster management strategy that is characteristic of the central bureaucracy and government, dealing with the poor at large and particularly vulnerable, marginalised sections will now follow, rather than having been thought through beforehand. This is where Kerala presents such a striking contrast, followed in part by other state governments, with serious, specific actions, carefully worked out, to deal with the situation for the vulnerable, though their capacity for action has definite limits. Further, the constant moving of the goal posts by the central government and its dithering has made manoeuvring more difficult for thesStates. The well-being of the people now depends on their luck in terms of the state where they happen to be living in, and the current state government.

The most striking example of the above is that in the official guidelines, in the list of government departments that should remain functional, food and civil supplies is not once explicitly mentioned!! Food and related supply chain establishments find mention in the guidelines only in the private sector. Considerable disruption and confusion with respect to food supply may be expected over the next few days — the alternative will be a pragmatic loosening of the lockdown on the ground, which will render it ineffectual. Neither option is a pleasant one, the worst being that both will occur.

Similarly, in the list of functioning government departments, health also surprisingly does not find a mention, despite the PM’s exhortation that the only task before the states is now health. This also indicates the haste in the adoption of the current strategy, with many issues not having been considered even with the minimum of attention required.

Maintaining the supply of essential commodities and essential services is easier said than done. The workers involved in the entirety of such supply chains, their health and safety, while dealing with the hardships their families will also face over three full weeks, as well as workers in sanitation, health, utilities like power, etc. who face similar, if not more serious issues, have to be reassured, provided incentives and kept at their posts. Otherwise the bulk of these services or supply chains will work extremely poorly or cease to function, both in the private and public sector. Such dysfunction will have serious consequences, though the proverbial fortitude and the general capacity for tolerance of hardship of the people of India may see the nation through the lockdown, but at considerable cost and suffering.

The following are some of the immediate demands/issues that need to be raised by democratic opinion:

• Curfew must be administered in a democratic and lawful manner, respectful of citizens’ dignity, even as legal and administrative firmness is exercised. It is not an excuse to violate constitutional rights and statements such as those of the CM of Telangana should be condemned.

• Particular attention must be paid to the protection of frontline workers in the medical, public health and sanitation sectors and others on the frontlines of the anti-covid19 effort. Such protection must be made available on a war footing, as the curfew will only make it harder to ensure such supplies are delivered. The relevant government departments also need to work with at least a minimal functionality at all levels.

• Central and state food and civil supplies departments must be functional and not shut down.

• The stock of grain lying with the government must be entirely put at the disposal of relief to those hit by the lockdown, including labour, the petty self-employed, other sections of the informal sector and so on.

• Government must ensure that the financial resources required for the adequate protection of those involved in essential services, and the supply of essential commodities, is made available. In the case of the private sector, reasonable norms for government support as needed must be worked out urgently.

• The identification of positive cases, their quarantining and their care, if they turn symptomatic, as necessary, including intensive care, needs to be ensured. This cannot be done without a functioning health department and the guidelines must be revised to clear this needless ambiguity.

• The guidelines fall woefully short of indicating clearly how the bulk of the population is to manage during the 21 day curfew, and the necessary financial, administrative and logistical and material arrangements to ensure their basic minimum well-being. A full economic package of immediate relief measures for the curfew period needs to be urgently spelt out. While the burden will fall on the states in implementation, the centre needs to spell out what resources will be made available.