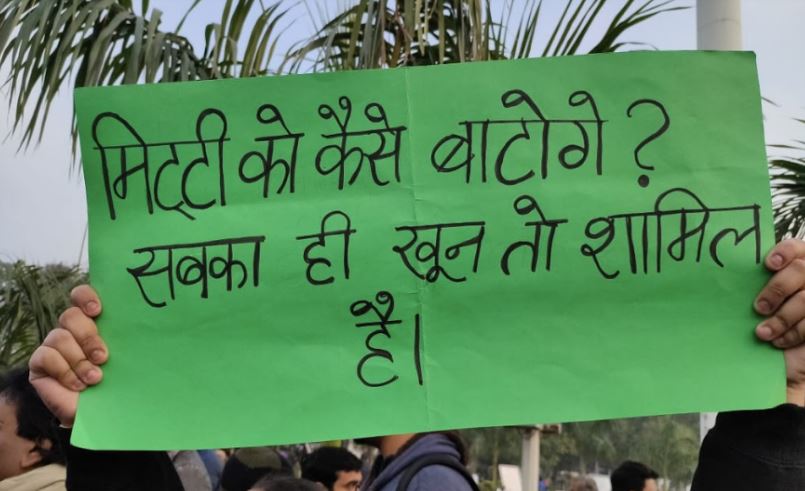 The BJP and the Modi government claim the National Register of Citizens (NRC) process is yet to start. The Minister of State for Home Affairs, G. Kishan Reddy, has said: “A countrywide NRC had not been notified so far and no one should fear.” After a Cabinet Meeting today, Prakash Javadekar stated in a Press Conference that the National Population Register (NPR) is only a population registrar and not a citizens’ registrar, and that the NPR has nothing to do with NRC.

This an outright lie. According to the revisions made in the Citizenship Act in 2003, the NRC process begins with the compilation of the National Population Register (NPR). The NPR is, indeed, the first stage of the NRC. The first step in the NRC process has already been taken by issuing the notification on NPR. The Cabinet decision on the NPR on 24th December is only to sanction the money – Rs. 8,500 crore for the NPR.

The Gazette notification to prepare and update the NPR was issued by the Registrar General of Citizen Registration on July 31, 2019. The Census organisation has already stated on its website that house to house enumeration will be conducted throughout the country (except in Assam) for “collection of information relating to all persons who are usually residing within the jurisdiction of the Local Registrar”. This enumeration will be undertaken between the first day of April 2020 and September 30, 2020.

It is obvious from the Rules framed by the Home Ministry in 2003 that the NPR is directly linked to the NRC. Section 3 of the Notification on 10th December 2003 called The Citizenship (Registration of Citizens and Issue of National Identity Cards) Rules, 2003 details the National Register of Indian Citizens. It states, in Clause (5):

The Local Register of Indian citizens shall contain details of persons after due verification made from the Population Register.

For the purposes of preparation and inclusion in the Local Register of Indian Citizens, the particulars collected of every family and individual in the Population Register shall be verified and scrutinized by the Local Registrar, who may be assisted by one or more persons as specified by the Registrar General of Citizen Registration.

Residents will be asked 15 questions in the NPR survey. These include questions on the place of birth, the date of birth, and the name of the father and mother and the details of Aadhaar. This information will then be crosschecked with the Unique Identification Authority of India (UIDAI) to verify the individual’s biometrics.

The Rules quoted above also have a clause to identify doubtful citizenship from the Population Register. This is in Section 3, Clause 4:

The only question in the Rules related to citizenship is one on the nationality of the resident. No other question or proof of citizenship is asked in the NPR enumeration. But though no documents regarding citizenship will be asked during the enumeration and the verification process, particulars of such individuals whose citizenship is deemed to be “doubtful” will be entered by the local Registrar with appropriate remarks in the Population Register for further enquiry. The Rules do not say in what basis “doubtful” citizenship can be deduced during a process of enumeration that has no provision to examine any document related to a resident’s citizenship.

As Prakash Karat has pointed out, “It is at the verification stage that communal profiling will take place, in line with what the Home Minister had declared—the purpose of the NRC is to eliminate “infiltrators” as against the Hindu refugees who will become eligible for citizenship under the CAA. Those summoned as “doubtful citizens” will have to go through the tortuous process of submitting proof of their citizenship.”

Former Supreme Court Judge Madan Lokur has said the proviso to the definition of illegal immigrant in the amended citizenship act is unconstitutional. There is a twin requirement of a rational and a reasonable nexus to pass the test of Article 14 in defining who is an illegal immigrant. According Justice Lokur, the amended act does not pass the test that all persons have to be treated equally before law.

The “doubtful citizens” in the NPR-NRC to the illegal immigrant in the CAA 2019, is a quick hop, skip and jump. The three are tied together with an umbilical chord. We already know of detention camps and 19 lakh citizens who have been left out of the NRC in Assam. How many are going to be excluded from an all India Register?