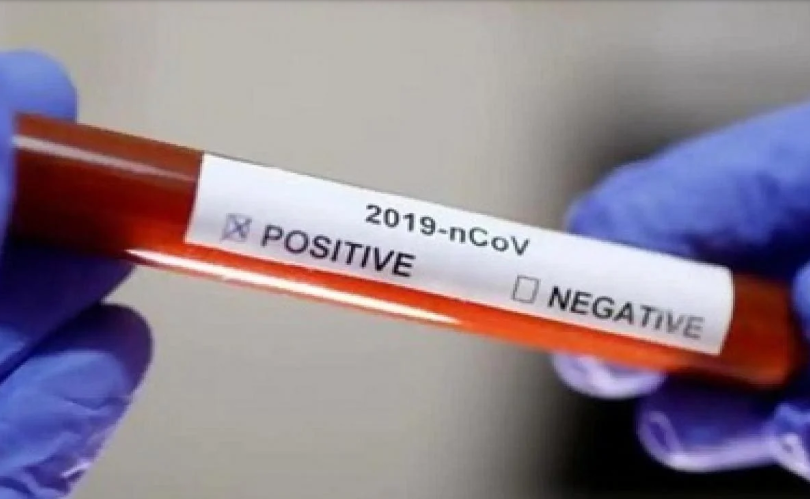 THE prime minister has now extended the 21-day countrywide lockdown to 40 days, that is, till  May 3.. While doing this, no explanation has been given on what basis the lockdown has been extended, and why for a 21-day period. Instead, in a briefing, the ministry of foreign affairs claimed a significant fall in infections based on certain modelling studies done by the ICMR. The ministry of health and family welfare first denied knowledge of any such ICMR modelling studies, later claimed that this was done by certain other groups. They are yet to tell us what precisely are these studies, and who has conducted them.

The second problem with the approach that the Modi government seems to be following, is that it has decided that the lockdown is the only instrument that is required to control the Covid-19 epidemic, that too using it as a law and order measure. That is why we hear about curfew, Section 144, threats of arrest and penal actions. All other measures, such as tracking cases, separating the people who are either already infected, or under quarantine, strengthening the hospital and clinical infrastructure, and above all extensive testing, are missing in the Modi government’s vision. In other words, the epidemic is seen very much like how the colonial administration looked at plague and small pox epidemics. And of course, to all this, it has added a communal twist to the epidemic.

Simultaneously, we have disquieting reports (eg, Caravan Magazine, April 15) that a national task force consisting of leading scientists did not meet even once in the week before it was decided to extend the nationwide lockdown. So on what basis is the Modi government formulating its Covid-19 response? On the same basis that the White House is working out its policies? Based on superior intelligence that only Trump and Modi possess?

The government is touting the success of the lockdown based on modelling studies, at a time when the figures are rising rapidly. Indian Express carried an article which quoted scientists at the Chennai’s Institute of Mathematical Sciences observing ‘a slight, but noticeable’, flattening of the growth curve starting April 6.

Is there any evidence backing the government’s claims that without the lockdown the number of cases would have been 8 lakhs or the more modest claims that there is a slight but noticeable flattening of the growth curve?

The Covid-19 growth curve in the accompanying chart does show a slight flattening of the curve over the last seven days, but it is still doubling roughly every 4.5 days, quite a steep rate. It means that the number of total infected persons will double every 4.5 days and does not show that we have flattened the curve as the government is implying.

This rate of current increase is not surprising, as the ill-thought and ill-planned lockdown led to a huge exodus of migrant workers from the cities and towns. Further, it takes 7-10 days for symptoms to appear, then tested under current ICMR guidelines, and then a few more days for the test results. This is already a gap of two weeks. There are also huge urban areas that are very densely populated, making physical distancing virtually meaningless. So a lockdown, that too without thinking about all these issues, will not significantly lower the rate of increase of the infected in just two weeks.

If we look at the state-wise growth chart, a clearer picture emerges. We find numbers of the top five infected states doubling every four days. State figures for Maharashtra, Tamil Nadu, Gujarat, Delhi are rising faster than the India figures. Only Kerala, which saw the first hot spots emerge in the country, has clearly “flattened the curve”.

Kerala was the early leader in Covid-19 cases due to its close ties with the Gulf countries and international tourists. The Kerala government took an early lead in recognising the danger of the epidemic and set up a clear roadmap for tackling it. This included extensive testing and contact tracing of travellers from outside, either migrant workers or tourists. Till March 31, while the rest of the country averaged 32 tests per million people, Kerala had conducted 212 tests per million people with Delhi a distant second, with 114 tests per million. These aggressive steps along with a comprehensive relief package, announced for all residents and migrant workers in the state, ensured that Kerala flattened the curve, got the epidemic under control while also ensuring the people are taken care of and treated humanely.

The rest of the country is still struggling with surging numbers. The testing rate has improved from a paltry 32 per million to 177 per million but still well below where it needs to be. India has one of the lowest Covid-19 testing rates in the world as shown in the accompanying chart. The fact that many states are seeing surging numbers in spite of low testing, probably points to a more widespread epidemic than reported numbers suggest.

The other parameter to look at is the ratio of deaths to the number of closed cases. Closed (or resolved) cases are the sum of patients who have either recovered or died. Kerala had, as of April 14, 173 active cases and two deaths, while 211 people have recovered. This gives Kerala a death to closed case ratio of just 0.94 per cent, a testimony to Kerala’s success in controlling the epidemic. Even South Korea, acclaimed widely as a success, has a death to closed case ratio of 2.8 per cent compared to Kerala’s 0.94 per cent!

The other states don’t present such a picture. This ratio is as high as 30 per cent for as many as six of the big states. This suggests that in many states, the infected people are being detected only when the cases turn serious, resulting in deaths, and therefore the high fraction of deaths in the total closed cases is an indication of a more widespread infection than suggested by official statistics.

Typically, mathematical models are used to look at and evaluate various policy options during epidemics. They give us some understanding of the trajectory of the epidemics, but no one claims that they are true predictions of future numbers. There are several such models in epidemiology. The most popular ones being the SIR (Susceptible, Infected and Recovered) and SEIR (Susceptible, Exposed, Infectious, Recovered), a variant of the same. A research group at University of Basel, Switzerland has open sourced an implementation of their SEIR Model and put it in public domain. Since the health ministry has not given any details of the math model they have used, we used this model to see if we could reproduce these numbers.

One of the most critical control variables for the model is the base reproduction number R0, and the effective reproductive rate or R, when control measures are in place. R0 is the average number of people an infected person would infect if no control measures are used. The higher the R0, the steeper the exponential growth curve of the model. So, if you want scary numbers then you would bump up R0.

In order to reproduce the curve displayed in the health secretary’s graphs, we set R0 to 3 in the model, initial suspected cases to be 50 and starting date to March 1. With these settings, we were able to match the projections of 2.08 lakh cases on April 9 and 8 lakh cases on April 15 in the no lockdown or containment scenario. Further by changing the “mitigation” setting to “moderate mitigation” in the model, we got 52,000 cases on April 9 and 1.2 lakh case on April 15 – closely matching the projections for the containment but no lockdown scenario of the ministry.

We do not know what model the ministry is using to reach these figures, but our exercise shows that any scenario can be produced by just tweaking model parameters. The popular quote, wrongly attributed to Disraeli, is lies, damn lies and statistics. We can now paraphrase this to lies, damn lies and math models! Except models don’t lie, people do!

The ministry, probably, hasn’t taken these numbers too seriously and used these only for propaganda purposes. The BJP IT Cell chief, Amit Malviya, has been sharing such numbers in his tweets before the ministry put them out. That is why the extension of the draconian lockdown for three more weeks.

The problem in this approach is, as the eminent immunologist, Dr Satyajit Rath says, “Our approach to this epidemic is driven by a misconception that if only we hunker down for three weeks, and then for three more weeks, then this whole problem will go away. As a result, we are treating this as a law and order problem. We need to be clear to ourselves that all the lockdown achieves is to slow down the rate of growth of the epidemic so that we can conduct extensive testing and build up our public health care response adequately. The lockdown doesn’t get rid of the epidemic by itself.”

This is how Kerala flattened the curve. This is what the Modi government does not have as a part of its vision.

What is frightening is that we have no idea who is advising the PM. It seems we are back in demonetisation times as a few “experts” with no knowledge of economics or public finance, had the ear of the PM.