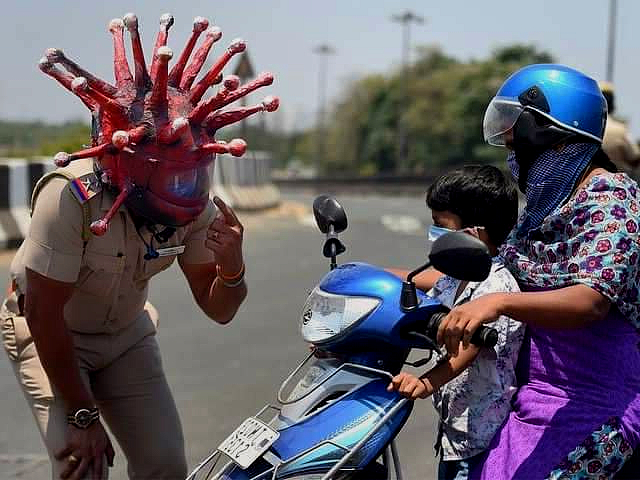 With more than 3.5 lakhs infected with Covid-19, India is already among the top four countries in the world affected by the pandemic. But that is not all. When we look at a pandemic, we need to look at not just the total infected, but the speed with which the infections are spreading. India now has the third highest number of daily deaths and new cases, again confirming the speed at which the Covid-19 pandemic is moving in the country. This is unlike other countries, where lockdowns flattened the curve, and then brought down the number of new infections. Modi’s India is now in the select company of Bolsonaro’s Brazil and Trump’s US. 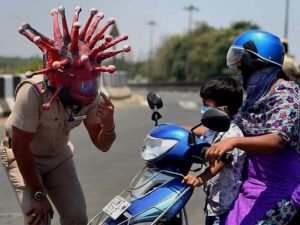 We know that the Modi government has indeed failed on the pandemic front when Amit Shah, the home minister, accepts “mistakes” and “shortfalls”, and then immediately descends to what-aboutery: “What did the Opposition do?”, forgetting that the union government has centralised all powers under the Disaster Management Act in its hands to fight the pandemic and refuses to give the states the monetary resources to fight the pandemic.

In India, we started with about 600 infections when the lockdown was imposed, and have seen an exponential growth of numbers throughout the lockdown period. This is even with one of the most draconian lockdowns in the world and inflicting enormous costs on the most vulnerable. It failed due to a complete lack of preparedness, treating Covid-19 pandemic as a law and order problem, and a failure to strengthen the country’s public health system during the lockdown.

Defying all logic, ICMR and the health ministry is still denying that India has entered the community transmission stage, when all indicators show that we have entered this stage quite some time back. We have been in this transmission phase for weeks in cities like Mumbai, Delhi, Ahmedabad, Indore, Chennai and others.

Three major public health organisations – the Indian Public Health Association (IPHA), the Indian Association of Preventive and Social Medicine (IAPSM) and the Indian Association of Epidemiologists (IAE) in their highly critical statement issued on May 25 on the Modi government’s handling of the epidemic, attributed this failure to “…incoherent and often rapidly shifting strategies and policies especially at the national level.” Denying the government’s claim that India has yet to reach the community transmission stage, the three public health organisations stated, “…community transmission is already well-established across large sections or sub-populations in the country.”

The Modi government has presented some modelling exercises to try and convince the people that its botched lockdown still saved lakhs of lives. This is an elementary failure of understanding pandemics and lockdowns. A lockdown postpones the spread of infections and does not avoid them. It buys time to put various systems in place: contact tracing, quarantine facilities, temporary hospitals, and strengthening critical care systems such as increasing ICU beds, oxygen support equipment and ventilators. It prevents the pandemic from overwhelming the health system and causing a high number of deaths.

The lockdown gave the government time to strengthen the testing capacity, strengthen the health system, and create the additional infrastructure required to handle the number of Covid patients. Unfortunately, the Modi government spent the crucial month of February preparing for Trump’s visit and his public event in Motera Stadium; and trying to polarise the country on communal lines using the CAA-NPR-NRC issue. Even after over two months of the lockdown, the Modi government has failed to ramp up testing and provide the health infrastructure the required support to meet the surge we are now witnessing.

According to a Princeton University’s Centre for Disease Dynamics, Economics & Policy study, of the total nearly 19 lakh hospital beds in the country, only 95,000 are ICU beds. The availability of ventilators was also estimated to be very poor – just about 48,000 machines. Both of these – ICU beds and ventilators – are completely inadequate to meet the emergency for a country India’s population size. Moreover, two thirds of the hospital beds, ICU beds and ventilators are in private hospitals and beyond the reach of common people. The only exception is Kerala, which has a relatively strong public health infrastructure.

To the Modi government’s spurious claims using “models”, we have Ravi Shankar Prasad, the country’s law minister’s elementary mistake in maths. He tweeted on June 15 that India has converted exponential growth to linear growth through its lockdown. For his education, a constant percentage growth in numbers is exponential growth!

With the ICMR in denial on community transmission, Covid tests can be performed only for those who have come in contact with Covid patients, and showing symptoms or are high risk patients. We are now aware that even those who are infected but asymptomatic, can shed viruses and infect others. This is why in the community transmission phase, we need to conduct widespread testing to identify such people quickly. Based on current figures, our test numbers per thousand are only 4.4, and well below that of countries like Turkey: 33; Malaysia: 20.5 or Thailand: 6.6. Not to talk of China, South Korea, Malaysia or EU countries that have far higher testing figures.

Some state governments are also adding to the problem by restricting Covid tests even beyond the ICMR guidelines. Recently, the Delhi government issued a show cause notice to eight private labs for testing asymptomatic cases. Is curbing tests Delhi government’s way of hiding the true figures? This is the route that the Gujarat government had followed earlier. It was the higher number of dead compared to those infected that gave the Gujarat game away.

What should be the scale of testing in the country? To simply keep pace with the number of more than 10-12 thousand new infections every day, we need to increase our tests by at least 50,000-100,000 every day, and not every week that we are doing now, so that the infections detected to test ratio falls below 10 per cent.

Making test kits available to states and funding tests kits and equipment is the job of the central government. This and personal protective equipment (PPE’s) should be on top of the Atmanirbhar Bharat list: identify manufacturers, help them ramp up production of test kits and PPE’s, and create a suitable supply chain. In the Rs 20 lakh crore “stimulus” scheme that the Modi government launched, there is only a measly amount of Rs15,000 crore for health, less than 0.01 per cent! No wonder the public health system is ill prepared to handle the surge of Covid cases.

Even though public sector institutions and government employees have been coerced into contributing the major part of the Rs 10,000 crore that the PM CARES has received, it is a “private” trust headed by the PM and completely opaque in its functioning. Rs 3,000 crore of its funds have been earmarked for buying 50,000 ventilators. Since the fund is “private”, we do not know who are supplying the ventilators or the specifications of the equipment. Will it also follow the “Gujarat model”, where a company close to BJP leaders tried to pass off to government hospitals “indigenous” ventilators that were only mechanised ambu(lance) bags?

The joint team set up by WHO and China had said in its report that it was the all-in-government and the all-in-people effort that was the basis of China’s success. In India, it is the Kerala government’s approach of involving all the institutions including panchayats, and enrolling community volunteers that has made Kerala a model not only in India, but also globally. In contrast, the only public participation that the Modi government has sought is the gimmickry of banging thalis and switching off lights. The results are now there for all to see.