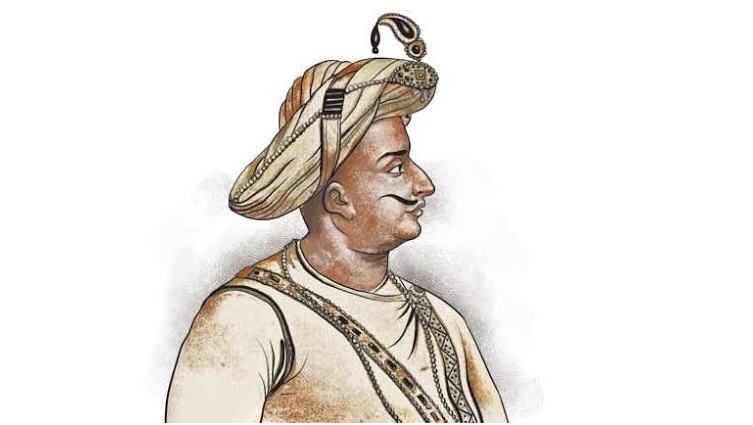 WE now see a new Anglo-Mysore War being waged: the RSS has aligned with the British to deny Tipu Sultan his role in Indian history. Yediyurappa says Tipu was “not a freedom fighter”, a strange argument to give for dropping all reference to Tipu from history books. It must be difficult for a mind schooled – or more correctly lobotomised – in the RSS School of History to understand that the Anglo Mysore Wars were not wars for Indian independence, but a part of colonial wars that the British waged. Just as was the Battle of Plassey that Siraj-ud-Daulah, the nawab of Bengal fought and lost to the British; or many other similar colonial battles and wars. So, of course the nawabs, the kings and princes were not freedom fighters, simply because India, or again more correctly the kingdoms of Mysore and Bengal (and other kingdoms) had not yet lost their independence! The difference between Tipu and other Indian rulers is that he not only fought much longer, and inflicted several defeats on the British, but that also he was a pioneer in many fields including the modern field of rocketry.

Hyder Ali, Tipu’s father, commanded a rocket platoon in the army of the Nawab of Arcot, before coming to Mysore and seizing power from the Wodeyars. Wodeyars sided with the British during the Anglo Mysore War, and were rewarded with the Mysore throne after Tipu’s defeat. Doubtless, the BJP will now declare the Wodeyars as Indian nationalists in the true tradition of Savarkar.

The RSS and its camp followers have a strange relationship with history, science and mythology. They take the imagination of mythology, and present it as factual history. When it comes to actual history, they believe that history should undergo surgical strikes so that the role of Akbar, Tipu Sultan, Nehru can be removed. Lacking scientific imagination, the true driver of creating new sciences, they fall back on belief that we have nothing new to discover, as all of it has been already done by our sages in the past. This is the Batra version of history and science, earlier propagated in the Gujarat text books, and now with the BJP’s rule at the centre and many states, becoming the stunted education that this generation of students will receive. A history where Godse, Gandhi’s assassin is a nationalist; Savarkar who wrote an abject apology to the British is the real “father of Indian independence”, and Gandhi’s only claim to fame is being associated with Modi’s Swachh Bharat.

This view of science and history is also that of Narendra Modi. In a speech while opening a new wing in the Reliance Hospital, Modi claimed genetics and organ transplants were available in ancient India. He said, “What I mean to say is that we are the country which had these capabilities. We need to regain these.” No science required, just study Sanskrit. No developments, only regaining of “ancient” knowledge; and of course no real history, just mythology. Just follow our ancient “sages”, who never wrote any history. That is why we have to learn about our history from the writings of a Greek Megasthenes or a Chinese Buddhist monk Hiuen Tsang or Xuanzang.

It is this approach of manufacturing the past that led, in the 102nd Indian Science Congress to a “paper” on ancient Indian aviation technology by two speakers, one of whom was Captain Anand J Bodas, a retired pilot. The paper was based on Vaimānika Shāstra, a Sanskrit text that was supposedly revealed to Subbaraya Shastry by the sage Bharadwaja through “psychic channeling”. Shastry lived from 1866 to 1940, while Bharadwaja lived at least 2,000 years before. The only evidence of antiquity of the text was the Shastry’s claim that the Rishi Bharadwaja came to him while he was in “psychic trance” and dictated the entire text to him. Bodas paper had gems such as, “modern science is unscientific”, and in Vedic or ancient Indian times, an aeroplane travelled “…through the air from …from one continent to another continent, from one planet to another planet…and could move left, right, as well as backwards, unlike modern planes which only fly forward.”

The Vaimānika Shāstra text was extensively studied by a team of five professors from the Aeronautical and Mechanical Engineering departments of Indian Institute of Sciences, Bangalore. Their conclusions was that it was not an ancient text but written only in the early 20th century. They also concluded that it was bad science, and nothing that was built as described in the text could have ever flown.

As opposed to presenting such myths as science, we have the real advances in science and technology that took place in India, that is currently being rejected as anti-Hindu. Hyder Ali and Tipu Sultan are two pioneers in advancing rocketry, well before the Europeans had advanced rocketry. They used such rockets effectively against the British in the Anglo-Mysore wars. In Tipu’s 1780 battle in Pollilur (Second Anglo Mysore War), such rocket attacks played a key role in the defeat of the British.

Abdul Kalam, who according to the fomer culture minister, Mahesh Sharma, was a “nationalist” “despite being a Muslim”, accorded high praise to Tipu Sultan and Hyder Ali. In his autobiography, he talks about how, while visiting NASA’s Wallops Flight Facility, he discovered Tipu’s pioneering contributions to rocketry. A painting of Tipu’s use of rockets against the British, is displayed in the main reception there.

Roddam Narasimbha, one of the doyens of Indian aeronautics, researched Tipu and Hyder Ali’s pioneering advances in rocketry. In a paper, “Rockets in Mysore and Britain, 1750-1850 AD” presented in 1985, Roddam discusses the discovery of gunpowder and early rockets in China in the 11th century, the use of “fire arrows” and how they travelled to other parts of the world including India. The Chinese used such rockets against the Mongols, who in turn, used it extensively in their wars against the Chinese and the Europeans in the 13th-14th centuries. Rockets fell into relative disuse after the discovery of the cannon in the 13th century, which were found to be more effective.

Roddam analysed Tipu and Hyder Ali’s major contributions to rocketry. He noted that they used metal casing for the rockets, instead of the then prevalent bamboo and paper casings. Such metal rockets could travel up to two kilometres, a huge increase in its range and had also greater carrying capacity.

After Tipu’s defeat in the Fourth Anglo Mysore War, the British carried away a large number of unused rockets to England, where William Congreve subjected them to a scientific study and found that the Mysore rockets had much greater range than any found in Europe. It was Congreve’s work based on the Mysore rockets that led to their use by the British against the French, and later against the rebellious British colonies.

The US National Anthem, the Star Spangled Banner has these lines:

And the rockets’ red glare, the bombs bursting in air,

Gave proof through the night that our flag was still there

The rockets referred here are Congreve rockets which the British used against the colonies during the Battle of Baltimore in the War of 1812. Francis Scott Key, the author of the anthem, was a prisoner on a British ship, and witnessed the bombardment of Fort McHenry in Baltimore. Key could see the flag flying over the fort lit up by the Congreve rockets – which is what the poem refers to above.

It is also interesting to note what Roddam said in his paper, that Congreve could advance rocketry much further as he brought together science and technology and carried out systematic experiments. India had to wait for the founding of ISRO before it could carry forward the advances of the Mysore rockets.

Roddam’s study shows us how history is to be treated: not the vain glory of a mythical past, but meticulous research and analysis of what it really was. He also shows that such advances that took place in India were not in isolation, but built on the advances of others, and how such advances fed into to the larger body of aeronautic knowledge in the world. Yes, India had a great tradition in science and mathematics. It can be restored only through quality science and not empty claims based on a manufactured past.