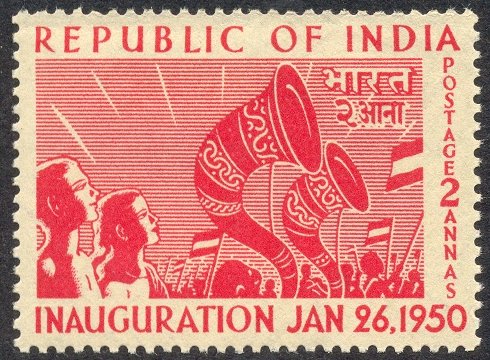 INDIA became a republic on January 26, 1950, when the constitution, steered by Babasaheb Ambedkar in the Constituent Assembly, came into effect. It is the constitution that guarantees that all sections of people – irrespective of race, religion or caste – have full rights to the nation, including the right to a decent standard of living. It is this vision of democracy and a secular republic that is under threat today.

This week is also important as January 23 is celebrated as the birthday of Netaji Subhash Chandra Bose. Bose, as the Congress president, set up the Planning Committee in 1938, which was headed by Nehru. He, as much as Nehru, believed in a planning body that would guide the government of independent India. They both drew their inspiration from the Soviet experiments with planned development after the October Revolution.  After independence, the Planning Commission carried forward the vision of the Planning Committee that to overcome the double burden of poverty and inequality left by the British, the economy needed to be planned, the State had to play a major role in the economy, and science and technology was the key to India’s development.

In the BJP game of posing an Ambedkar versus Nehru or a Bose versus Nehru, the BJP would like us to forget what these leaders stood for. Politics for them is only about personalities, just as history is only about myths. Yes, these leaders had their differences about tactics, about international issues, timing of struggles and so on. They were leaders with strong views and were not afraid to express them; or go their separate ways if they disagreed. But what united them was a larger vision of an India that needed science and technology for development, and this development had to be egalitarian. For them, India needed not only political, but also economic democracy. Ambedkar, in his address to the Constituent Assembly in 1948 made this clear: “In politics, we will have equality and in social and economic life we will have inequality. In politics, we will be recognising the principle of one man one vote and one vote one value. In our social and economic life, we shall, by reason of our social and economic structure, continue to deny the principle of one man one value. How long shall we continue to live this life of contradictions?”

It is this vision of democracy that united Jawaharlal Nehru and Subhash Chandra Bose with Ambedkar. In their vision, planning and building a public sector was an absolute necessity, not for just industrial and agricultural regeneration of India, but also re-distributing the benefits of development to all sections of its people. It is only then that India would be free from absolute poverty, abysmal life expectancy and illiteracy that the British colonial rule had left behind.

What the BJP would like us to forget is this vision of the national movement and its leaders. Bose and Nehru had contempt for the RSS for its refusal to participate in the independence movement, its opposition to planned development and a strong public sector. For the BJP, praising other leaders to attack Nehru is only a tactic, the real thrust is to reject the core values of the national movement. That is why dismantling the Planning Commission, the public sector and inviting foreign capital to Make in India; or in Trump-ian language, Dassault and Ambani will Make India Great Again.

For many, Nehru has been identified as the creator of hydro-electric projects that India undertook after independence. While Nehru fully supported multi-purpose irrigation and hydro-electric projects, people forget that the blueprint of multi-purpose projects – combining irrigation and electricity generation – as well as a unified national grid, was developed by Ambedkar. He did this, first as member in charge of labour, irrigation and power in Viceroy’s cabinet, 1942-46 and later as the law minister when he drafted and introduced the Electricity Act, 1948. For him, developing electricity generation and a national grid was the basis of industrialisation, and he viewed “… industrialisation as the surest means to rescue the people from the eternal cycle of poverty in which they are caught.”

It is this vision of electricity as a necessity, and not a market commodity for making profits, that is the basis of the Electricity Act, 1948. It was destroyed jointly by the BJP and the Congress in the new Electricity Act, 2003. It is not surprising that BJP should have this view of the electricity sector, they never supported a Nehruvian or an Ambedkarian view of planning and the economy. That the Congress should have laid the groundwork for this dismantling of the electricity sector though their policies of privatisation and fragmenting the grid, speaks volumes for the road they have travelled from the independence movement and its vision of India.

The constitution and the republic that we celebrate on Republic Day was never accepted by the RSS and its various front organisations. While they might have decided that it is better to try and subvert it slowly today, they never hid their opposition to its fundamentals. The RSS and the Jana Sangh called Ambedkar a Lilliput, while extolling Manu and Manusmriti. The Organiser, the mouthpiece of the RSS, in its November 30, 1949 issue wrote: “The worst about the new constitution of Bharat is that there is nothing Bhartiya about it. The drafters of the constitution have incorporated in it elements of British, American, Canadian, Swiss and sundry other constitutions…But in our constitution, there is no mention of the unique constitutional development in ancient Bharat. Manu’s laws were written long before Lycurgus of Sparta or Solon of Persia. To this day his laws as enunciated in the Manusmriti excite the admiration of the world and elicit spontaneous obedience and conformity. But to our constitutional pundits that means nothing.”

It is not surprising that the other development of the Indian constitution, of affirmative action or reservation in education and employment, was opposed by the RSS. Even today, the RSS leaders speak against reservation, how it promotes separatism and why it should be wound up.

In these columns, we have written a number of times on assault on reason and science, of myths and madness masquerading as science and history; of flying chariots and interplanetary travel; of genetics in the Mahabharata; of evolution as false or if true, superseded by the much superior theory of dasaavatar. We can go on and on about the sheer stupidity of the BJP/RSS. But that would be to underestimate the dangers and damage that they are doing to the people. It is part and parcel of how they think and what they represent. For them, the objective is a nationalist India based on religious identity. That is why the need to demolish reason and history; a majoritarian India, in which minorities would have very little rights; an India where reason has to be surrendered to myths, both old and new; where merit would mean wealth and caste.

The attack against minorities and certain castes and communities, is not just an aberration. It is fundamental to how the RSS, the BJP and its various front organisations think. These attacks are taking place when India has again become as unequal as it was under the British, or what the French economist Piketty called it: from British Raj to Billionaire Raj; where nine families now own as much wealth as half of all Indians. These attacks today are on the fundamental values enshrined in our constitution including economic democracy. This is why we have to fight, this is our battle for a sovereign, socialist, secular democratic republic that we fought for during the independence movement.