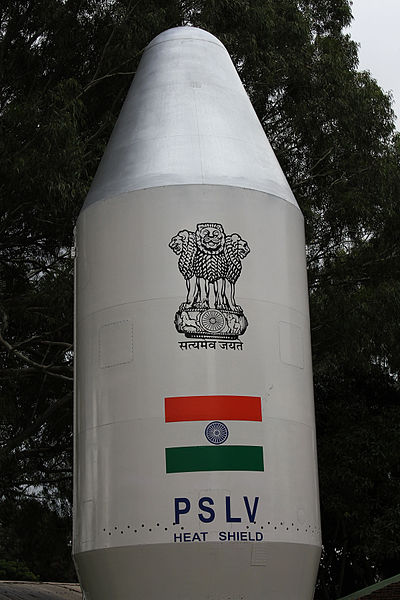 AS part of the Rs 20 lakh crore economic stimulus package announced by the government supposedly to boost the Covid-impacted economy, the finance minister declared that all sectors of the economy would henceforth be open for the private sector, and that public sector undertakings (PSUs) would work mainly in strategic sectors and would be privatised in others. One of the areas thrown open to the private sector was space.

That telecast was followed by a cabinet decision on June 24, 2020 approving “far reaching reforms in the Space sector aimed at boosting private sector participation in the entire range of space activities,” including launch, satellites and even “space exploration” through an “announcement of opportunity mechanism.” The related press statement underlined that the decision was “in line with the long-term vision of the prime minister of transforming India and making the country self-reliant and technologically advanced.”

NEW SYSTEMS AND INSTITUTIONS
The same cabinet meeting also approved formation of an Indian National Space Promotion and Authorisation Centre (IN-SPACe), a institution under the Department of Space, to “provide a level playing field for private companies to use Indian space infrastructure (and also to) hand-hold, promote and guide the private industries in space activities through encouraging policies and a friendly regulatory environment.”

Many media outlets had mistakenly reported that a new public sector undertaking (PSU) called New Space India Limited (NSIL) was also simultaneously launched to promote private sector collaboration. Actually, NSIL had been launched on March 6, 2019 to commercialise the R&D work of the space agency, launch satellites, co-produce rocket launchers and satellites in collaboration with other companies, and also take on marketing responsibilities for ISRO services. Antrix Corporation, bedeviled by scandal and damage claims, has clearly been dumped.

There has been the usual gushing welcome of these “reforms” in the pink press and by some commentators, much speculation about privatisation of Indian Space Research Organisation (ISRO), and predictions of the blossoming of a hitherto sluggish space establishment.

Before discussing these in detail, it should first be clarified that ISRO is not being privatised, at least not yet. Second, there are nevertheless lurking dangers inherent in the extent and direction in which space is opened up to the private sector. Third, the anticipated efflorescence of an extensive private sector Indian space industry is very unlikely, given known structural weaknesses and capability constraints of the private sector in India.

CURRENT ISRO-PRIVATE SECTOR COLLABORATION
The basic idea of involving outside agencies, either public or private, in the Indian space sector, is actually almost as old as India’s space programme itself. The idea was to gradually build capabilities in Indian industry so as to broaden the industrial base and set up a supply chain for advanced technologies, while enabling ISRO to focus on R&D, new technologies, space exploration, and development and defence-related applications.

ISRO, like many other R&D-oriented institutions in India, or indeed like its peers abroad like NASA, is not structured for large-scale production. ISRO has therefore long sub-contracted work for building components and sub-assemblies for rocket launchers and satellites to companies in the public and private sectors, while itself undertaking system integration and actual launches and related activities. As ISRO’s work load has increased, to now around 10 satellite launches annually, and several new ventures in the pipeline, besides increasing launch orders from abroad, the pressure on ISRO to offload production tasks has increased sharply, with a need for more partners especially those capable of higher levels of system integration.

ISRO already works with over 150 companies, mostly in the private sector, and such collaboration is increasing by the year. Just for comparison, NASA works with around 400 private partners. A considerable part of satellite construction in India is already undertaken by outside agencies.

In the ill-fated Chandrayaan-2 mission, many private companies including both older engineering majors and new age entities such as L&T, Godrej Group, Laxmi Machine Tools, INOX Technologies and Karnataka Hybrid Micro-technologies played important roles in fabrication and testing of engines and boosters for the GSLV launcher, thrusters for the lander etc.

Earlier ideas on hiving off or forming joint ventures (JV) for manufacture of ISRO’s work horse Polar Satellite Launch Vehicle (PSLV) will now be operationalised by the newly formed PSU NSIL, leaving only the actual launch, tracking and telemetry etc to ISRO.

NSIL will get small satellites made, and also manufacture the new Small Satellite Launch Vehicle (SSLV), a new launcher being developed by ISRO, all in collaboration with industry partners. NSIL has already bagged its first client in August 2019, the US space services provider Spaceflight, which will use the second development flight of the SSLV to place multiple micro-satellites in low-earth and sun-synchronous orbits for an “undisclosed US-based satellite constellation customer.”

It is hoped that ISRO and NSIL, which has been set up specifically in order to productionise technologies and build domestic supply chains, would also take major steps towards greater indigenisation in satellite technologies since, at present, about 40-50 per cent of components are imported.

LURKING DANGERS
All the above, though, are in the nature of sub-contracts and building supply chains, quite common to most PSUs. The real potential dangers lie in how future directions in space are envisaged and driven by government, rather than ISRO which has little option but to follow.

The language being used for the scope of work of IN-SPACe is eerily similar to that used for other government regulators such as in electricity, telecom, insurance, aviation etc wherein the regulator’s brief is to promote and build capabilities of private sector entities, and simultaneously to ensure a “level playing field” between the private and public sectors. In practice this has meant whittling down the role and scale of the public sector, boosting the interests of private entities, with the regulator placing a heavy thumb on the latter’s side of the balance. Such a structure has meant domination of market forces rather than societal considerations in determining goals, technology options, operations and pricing. In almost all cases, this has resulted in higher prices, lower access for poorer classes, and generation of less public good than private profit.

This can have extremely serious repercussions in the space sector.

India’s space programme, from its inception in the early post-Independence era, had adopted a direction considerably different from that of other countries. Rather than being dominated by space exploration and national ego-boosting dramatic feats, India and ISRO’s space endeavours sought specifically to build self-reliance and were heavily tilted towards developmental applications. Remote sensing, cartography, geo-spatial resource mapping, tracking of land-use change, forests, urban spaces, one of the world’s earliest satellite education programmes, enabling artisanal fishers to locate shoals, later information and communication, and of course some military applications.

If market forces and interests of private players come to dominate, one can foresee a significant drop in application-oriented space programmes, with the government declining to fund ISRO and requiring it to raise funds from private customers, with the latter being disinterested in many of these programmes. Only some commercial space activities such as communication and geo-location may survive, while other application-oriented programmes may shrink, leaving mainly costly space exploration and manned space flights to ISRO, with government constantly bemoaning high costs with little or no tangible returns as in the US. Self-reliance too may suffer with commercial players preferring launch services from other countries or entering into foreign collaboration for satellites, instruments etc.

The other danger is in strategic areas. Most space applications have dual civilian and military applications. Civilian launchers and missiles share technologies and, in many countries, use the same rocket engines. ISRO has taken great pains to develop self-reliant capabilities in space technologies, and sharing such technologies with the private sector, except under strict controls, can lead to undesirable consequences. This may not appear to be important when US companies like Boeing and Lockheed Martin operate in both the civilian and military sectors, and NASA does not make its own rocket engines, but then in the US even the private military-industrial complex is really part of the State. Unfortunately, the current government apparently sees no threats from opening the defence manufacturing industry to foreign defence majors and happily encourages collaboration of domestic private companies with the former. If this is the government’s vision of self-reliance, then the dangers of similarly opening up in the space sector are evident.

The measures were said to be “yet another step towards making our nation… technologically advanced,” without any explanation as to how that would happen. The private sector would gain from getting access to advanced technologies and new contracts, but mostly piggy-backing on ISRO technologies. In no advanced technology area in India has the private sector been ahead of the public sector. According to the policy itself, all the R&D would be done by ISRO like it is already doing, there is no additional input or fresh R&D funding promised, so it is difficult to understand how private sector participation helps technological advancement.

Similarly, the government’s press note states that through the reforms, “the sector will receive new energy and dynamism, to help the country leapfrog to the next stages of space activities.” Again, there is no vision, funding or mission to enable such a jump in technologies, capabilities or infrastructure. Claims that these measures “will enable the Indian industry to be an important player in the global space economy,” and creates “an opportunity for large-scale employment in the technology sector and India becoming a global technology powerhouse,” are simply daydreams with no grounding in reality. The prize for the most fanciful claim, though, must go to the notion that the private sector would also participate in planetary exploration! Private entities in India have historically and consistently shied away even from industrial or technological R&D, and we are expected to believe the private sector would spend money on space adventures? Unless of course the government promised some crony capitalists mining rights on, say, the Moon? 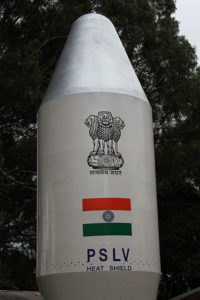