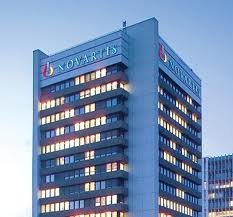 The Supreme Court’s judgement throwing out Novartis’ attempts to secure a patent for the leukaemia drug Glivec has created a frenzy in the pink press – both in India and abroad.

For them, one of the key pillars of global capital has been weakened – the right to make unbridled profits even if it means that people die. For capital, greed trumps over rights of the people; every time.

For those advocating patents, the argument is that without patents, there will be no incentive to innovate, and therefore society will lose in the long run; a short term monopoly, even if it creates short term high prices, is preferable to innovation drying up. The problem with this position is that this is not how innovation works in the high-tech industries today. Patents as incentives are as true as pink elephants or the tooth fairy.

First and foremost, except for pharmaceuticals, in all other industries the cost of maintaining and the legal costs and defending patents are far higher than the revenue generated. James Bessen and Michael Meurer in their work Patent Failure have looked at the empirical evidence in the US and shown that in the 90’s, the costs of patents for non pharma areas was at least three-and-half times the revenue generated. These costs are also rising sharply as high tech companies sue each other over markets — from cell phones to tablets. The Apple–Samsung case is of course the classic one — with 250,000 patents being involved in smart phones alone! 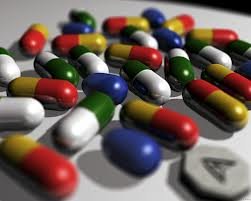 Only in the pharmaceutical and the chemical industry, the costs of defending and maintaining patents is lower than the revenue — and that comes from the monopoly over vital or life saving drugs. In developed countries, much of the health costs are borne by some version of the welfare state. So high drug costs manifest itself in high state spending and may not directly affect the peoples pockets. Where it affects peoples lives — as it does in most of the developing countries — high drug prices could be a death sentence.

In the pharma industry, the major part of the research comes from public funds, with pharma companies doing only the last mile development of taking the drug to the market. Even here, new medical or chemical entities are being discovered less and less; most of the pharma research concentrating on small tweaks by which they can continue their monopolies through ever-greening of their existing patents.

The cost of maintaining a highly restrictive patenting system such as that in the US — and what global capital would like to expand into rest of the world — profoundly affects the rest of the industries and its ability to innovate. I was once in a discussion over climate change and solar energy. One participant — from one of the world’s leaders in microelectronics– was arguing that India should compulsorily license all patents that stand in the way of cheap solar energy. I asked him that as one of the world leaders in holding such patents, why was he in favour of effectively abolishing patents? His answer was simple: they were taking out patents only for defensive reasons; if others sued them they had a patent kitty to sue them back. Otherwise, they recognise that patents are a huge drag on innovation today.

This is the same argument that Hewlett Packard, for example, made in one of the congressional hearings on the Bayh Dole Act in the US. They argued that patents and Intellectual Property today do not work as literally hundreds of ideas are embodied in a single product. Today’s innovation demands cooperation and collaboration and not competition and exclusive rights over ideas.

The concept of patents as incentives comes from a time when a product was based on one or at most a few ideas. With increased complexity and a very large number of components in even the simplest of products, a model of the industry where a central ideas makes or breaks the success of a product is obsolete. That is why the Apple–Samsung battle over smart phones and tablets is being fought over such a huge number of patents; the number of ideas that has gone into this device is very large indeed — from hardware to software. This is the difference between invention, restricted as it is to a few ideas, and innovation, which integrates a large number of ideas into a product. Patents protect at best inventions; and retard innovation.

Patents were issued in the 16th century as a Royal monopoly. It could be over anything — salt, saltpetre, trade with India (East India Company). It was simply a method of converting closeness with royalty to money; the monopoly allowed a private tax — or rent — to be levied on all consumers. After large public protests, the patent monopoly was restricted to only new ideas. The state would give a monopoly to inventors for new ideas, with the guarantee that the inventor would then fully disclose the invention. Initial patent laws in most countries demanded a working model of the invention to be deposited in the patent office. The patent monopoly was never treated with as a reward for new creation — it was a reward for full disclosure so that the invention would not die with the inventor.

So even in the beginning, there were two competing models of developing new innovation — the collaborative one followed by Cornish miners, against the restrictive one followed by James Watt. In a number of industries, the patent model was not followed — for example, steel making (R. Allen, 1983, Collective invention’, Journal of Economic Behaviour and Organization, 4: 1-24) , beer industry, etc. The one that followed the patent route was the chemical industry, of which the pharmaceutical industry is a part.

There are good reasons why in most industries, patents are not important. It is not patents are not used — they are used against new entrants or smaller companies. They have been primarily a tool for the big players to keep out smaller players. Most small players do not have the deep pockets to fight the biggies in the game. But in a fundamental sense, patents have never been very important for any other industry. For the big players, they were not a hindrance either — each held enough patents to scare others — a form of mutually assured destruction model. What has changed today is that patents are not just minor irritants, but a major hindrance to developing new technologies.

A number of US authors have recently written on the failure of the patent system in the US. We have quoted Bessen and Meurer. Others are Michele Boldrin and James Levine, Against intellectual monopoly” — Adam B. Jaffe and Josh Lerner, Innovation and Its Discontents; all have brought out how innovation is now at risk from the patenting system, particularly the one that exists in the US. What is happening is that lawsuits are becoming the norm in which any successful company is sued by others holding patents. Earlier, big companies held patents and did not sue each other. Now, there are a large number of companies whose only business is to acquire patents – called patent trolls — in order to sue any successful company. And this behaviour is not restricted to only such companies. Companies that are unsuccessful in the marketplace are also turning into patent trolls as they still have a patent portfolio, which can then be used in such litigations. 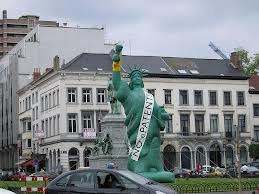 Whether patents should exist or should society have other ways of encouraging innovation is a larger issue. Here, we are examining the simple issue — by not allowing minor advances to be given as patent in the Novartis case, has the Supreme Court harmed innovation as the drug MNC’s and their mouthpieces arguing? Clearly, such is not the case and in avoiding such a path, the Supreme Court in a small measure has helped India in not following the US’s disastrous example. The overwhelming evidence is that the patent system that exists in the US is broken and hurting real innovation. This is the consensus not only among liberal and left leaning persons, but also across large sections of the industry.

The only reason a 16th century anachronism survives in today’s world is the backing it receives from the drug industry, which is willing to send millions to their death to preserve their profits.