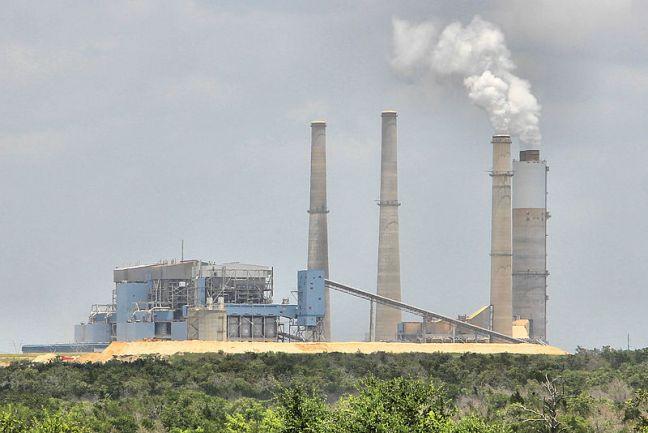 With much fanfare, US President Barack Obama took to the White House podium to announce, as part of his administration’s action plan on climate change, a new Clean Power Plan aimed at cutting carbon emissions from electricity generation in the US, chiefly from coal-based power plants, by 32 percent below 2005 levels by 2030. The Plan, comprising a set of rules proclaimed by the federal Environment Protection Agency (EPA) under the Clean Air Act, seeks to shut down or drastically improve efficiencies of coal-based power stations and promote non fossil-fuel electricity generation. The rules for regulating emissions causing climate change were made possible by a ruling of the US Supreme Court approving them after prolonged litigation arguing that the Act permitted regulation only of pollution, not of climate change.

In his inimitable oratorical style, President Obama described the plan as “the single most important step” taken by the US to combat climate change and reduce air pollution, while also creating new jobs, improving public health and bringing about other benefits in the US economy.

There is no doubt that curbing pollution from coal-fired power plants and promoting renewable energy will engender these win-win benefits. But the question is to what extent? The euphoria with which the announcement was greeted in the liberal US media and Western media in general, by moderate think-tanks and commentators involved with climate change, and even by the UN Secretary General, has boosted the hype over the new Plan.

Coal fired power plant in US

It is claimed that President Obama’s announcement will bring about dramatic changes, not only in environmental conditions in the US and in its politics, especially in the rapidly warming election cycle, but also in the build-up to the climate summit in Paris in December this year which is expected to reach a global emissions control deal. It is asserted that by declaring deep emissions cuts, President Obama had shown that the US was making significant contributions to the global effort to tackle climate change, setting an example for other countries, and challenging other nations to also undertake deep emission cuts towards an ambitious agreement in Paris. Nothing could be farther from the truth.

In fact, a reality check would show that the new Plan is like those familiar optical illusion pictures. If you look one way, there is a black candle stand at the centre of a white background, looked at another way, the picture shows two white faces in silhouette facing each other against a black background!

US plan and global emission reductions

Let us first look at the current US emissions reduction pledge and how the new Plan relates to it, and view both in comparison to the requirements for keeping global average temperature rise below the 2 degrees Celsius goal.

Following the US-driven Copenhagen accord (2009), legitimized at Cancun and Durban in 2011, which adopted an architecture that has become the de-facto guiding principle for international climate negotiations subsequently, all countries have tabled their own self-determined pledges for emissions reduction. This “single framework” for all countries has more or less come to replace the Kyoto Protocol principle differentiating between developed and developing countries, prescribing targets for emission cuts below 1990 levels for developed countries and non-binding actions aimed at reducing emissions by developing countries. In the lead-up to Paris too, it is such pledges, now called “Intended Nationally Determined Contributions” (INDC), which are on the table and will in all probability constitute the basis of any agreement.

The US pledge is pathetic in relation to both the global effort required and its already high emission levels. In its fifth and latest Assessment Report (AR5), the Intergovernmental Panel on Climate Change (IPCC) has said that global emissions in 2050 should be 40-70% lower than in 2010, coming down to zero greenhouse gas (GHG) emissions by 2100. In such a scenario, it is expected that developed country emissions should be about 80-95% below 1990 levels by 2050.

Pledges by developed countries made so far are well below these requirements as per the science. The US leads this “race to the bottom.” The US has pledged to reduce its annual emissions to 26-28 percent below 2005 levels by 2025. When adjusted for a baseline of 1990, this amounts to a mere 12-14 percent reduction by 2025! The EU in contrast, although still below requirement, has pledged to cut emissions to “at least” 40 percent below 1990 levels by 2030 and heading towards the IPCC target for developed countries by mid-century.

The new US announcement to curb emissions from coal-fired power plants is, in fact, not an additional commitment by the US, but only a part of the earlier pledge, merely setting out one of the measures being taken towards meeting that pledge, and would contribute about 9 out of the 26-28 percent of US emission cuts promised.

Even though the new Plan has not yet come into effect, emissions from electricity generation in the US have already been declining in the US over the past decade. Following the general international experience, this decline in emissions has been pushed by source shifts from coal to natural gas, shale oil and wind, and by tightening regulation of pollutants such as particulate matter and mercury which have driven up prices of coal-based power. In the period 2005-2013, emissions from power generation have already declined by 15 percent. So the US is already half way to the new emission reduction goal announced by President Obama even without the new Plan!

Given the sheer quantity of emissions from the world’s second largest emitter, this extent of emission cuts announced under the Plan is not to be sneezed at. But it is far from being a “game changer” as some commentators labeled it, or “an idea that will change the world” as a spokesperson of the Washington-based think-tank Natural Resources Defence Council said. A statement by the NGO Friends of the Earth was perhaps closer to the mark in noting that the Plan was “not enough to address our climate crisis,” and was “merely a down payment on the US’ historic climate responsibility.”

Given low international expectations from the US as regards emissions reduction, and indeed given low expectations from the Paris Summit too later this year, the announcement of the US Plan may indeed bring a little cheer in some quarters to an otherwise gloomy climate scenario. But the limited scope of the Plan and its not adding anything to earlier US emission cut pledges means that it looks very different from an international perspective. The Plan will therefore not add any momentum to the run-up to Paris and will not, as the White House hopes, push other countries with large emissions to raise their efforts.

It would be foolish to deny that the Plan looks very different when viewed from a US domestic perspective.

The US context has been marked by sluggish action on climate change, certainly at the federal level, and strong political opposition from the Right especially in the Republican Party and from those sections aligned with special-interest groups especially oil and coal-based energy corporations, fuelled by climate skepticism assiduously whipped up by conservative media, think tanks and miscellaneous others. The response from the Right to President Obama’s Clean Power Plan has been immediate and stridently antagonistic, with arguments ranging from opposition to federal infringement on states’ rights (despite the freedom given to states under the rules to work out their own mix of measures to achieve the desired goals) to dire predictions of economic and job losses.

To be sure, coal-fired power plants and the coal sector in general will be quite severely impacted by the new Plan, which is however not solely responsible for a pronounced decline in coal-based electricity generation in the US due to higher costs for meeting pollution standards and increasingly competitive renewable energy. Coal-based power which was 50 percent of US electricity generation just 10 years ago, provides only 39 percent of US electricity now. It is estimated that the new Plan will push coal production in the US back to 1970s levels, and will compel the shutting down of hundreds of coal-fired plants amounting to around 45,000 MW of capacity or about 5 percent of the total, with another 5 percent destined to be retired due to sheer old age. The energy industry also complains that the cost of shifting to renewables could cost as much as $8.4 billion, an argument countered by the EPA estimating that environmental and other benefits such as new investments and jobs could be worth $34-54 billion.

Specifically in anticipation of legislative hurdles, with the US Congress, including large sections of Democrat legislators, showing no inclination to adopt any climate-related legislation whatsoever such as for a nationwide cap-and-trade regime or carbon tax, the Obama administration has been taking a series of measures through federal regulations and agencies such as the EPA. In the past few years, the executive has declared strict graduated fuel-efficiency standards for cars and light trucks, and for heavy commercial vehicles, going all the way to 2025 and 2027 respectively, standards to reduce methane emissions from oil and natural gas wells, and measures to drastically cut highly potent greenhouse gas emissions of hydro fluorocarbons used in refrigerators and air-conditioners.

The widely held perception is that US legislators are too dependent on corporate lobbies and special-interest industry groups to take meaningful steps. On the other hand, public opinion has been increasingly tilting in the opposite direction, a recent poll showing that over 60 percent of the American public believed in the seriousness of human-induced climate change and favoured strong action. Given such strong public backing, over half the states in the US, and around 1000 cities and local bodies have adopted emission caps, cap-and-trade mechanisms or other emission control regulations, sometimes approaching European levels of stringency at least in some sectors and states.

These concerns, reflected in shareholder and consumer activism, have also seen support for the Clean Power Plan coming from some corporates such as Unilever, Nestle, General Mills, E-bay, L’Oreal, Levi Strauss and Trillium Asset Management handling over $2 billion of assets, who are among 365 companies that have signed a letter sent to reluctant State Governors.

Many commentators have predicted that the issue will undoubtedly figure in the debates leading up to the next Presidential election which, although a year and a half away, is already heating up. The leading Democratic contended Hilary Clinton has already fully backed the new Plan. Senate Majority Leader, Republican Mitch McConnell from the major coal-producing state of Kentucky has meanwhile attacked the Plan as another instance of Obama’s “war on coal,” and several Republican governed states are preparing legal challenges which will certainly be pursued all the way to the US Supreme Court. There is also little doubt that President Obama views the new Plan as an important element of his legacy as he nears the end of his Presidency.

It remains to be seen what impact, if any, the Plan and related measures taken by the Obama administration on climate change will have on the UNFCCC negotiations. As we have seen, whatever the domestic benefits of these measures in the US, they still amount to a very low emission reduction commitments compared to the US responsibility for the problem of climate change and what the US requires to do in order to address the problem, leaving it to other nations especially developing countries to pick up the slack or suffer the consequences. While the shirking of its responsibility by the US is clear, other nations with large emissions, unfortunately including India and most BRICS nations, are also taking shelter behind these low-ambition pledges to make correspondingly low pledges themselves, resulting in a collusive approach to the Paris summit. Don’t talk about my emissions, and I won’t talk about yours! Will anything change in the coming months?