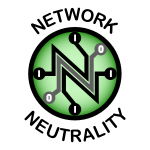 The Department of Telecom (DoT) Report on Net Neutrality, though better written than the shoddy consultation paper TRAI produced last March, ends up by ducking controversial questions and contradicting itself on what constitutes net neutrality. While endorsing net neutrality, on the issue of Zero Rating services, such as Airtel Zero and Facebook-Reliance Internet.org, the Report refers them back to TRAI. It also does not address whether treating VoIP services differently from other Internet services is a violation of net neutrality or not.

The Report concedes that the domestic voice revenues of telecom companies are increasing; but it accepts their claims that if Voice Over Internet Protocol (VoIP) services are allowed to compete, there might be significant revenue loss in the future. DoT’s treatment of VoIP is also inconsistent: it proposes that domestic VoIP call services should be licensed, but not international calls.

The Report does accept that net neutrality principles are basic to the internet, and need to be incorporated in the licenses of internet and telecom service providers. This is a step forward. It shifts the debate from whether India needs net neutrality to what constitute violations of net neutrality. The Report also states that only those OTT services that compete directly with existing communication services such as voice, may need to be brought under some form of regulation. TRAI’s absurd claim that all websites and internet services are communication services and therefore potentially subject to licensing as such, will mercifully, receive the quiet burial that it richly deserves.

What is net neutrality and why is it important? Simply put, net neutrality is that those who control or own the physical network – either the wired or the wireless network – over which the internet runs, shall not discriminate between different kinds of services or websites. By virtue of controlling sole access to the subscribers, telcos cannot extract a monopoly rent or a termination fee from websites and web service providers. Any website or an internet service should be able to connect to any subscriber of a telecom company without paying any fee to the telecom company. The two sets of users, one set who provide content through their websites or provide web services, and the other set who “consume” such content or services, both pay the telecom service providers for connecting to the internet. But there is no extra cost of reaching the subscribers of the telecom companies. Each sides pays for connectivity to the internet, unlike a telecom voice call, where the calling network, and therefore the calling party, also pays termination charges to the receiving network.

Net neutrality ensures that a website of the richest organisation or one with virtually no resources, have equal access to connect to the users. Today, there are about 1 billion websites, out of which about 175 million are active sites. The bulk of them are small organisations, movements, non-commercial news organisations, or new service providers. These websites and innovative services springing up on the internet every day would be badly hurt if net neutrality ceased to be an effective principle. The internet would, then, be very much like a cable TV service network where a few content companies – TV channels – are carried by the Cable TV networks.

Contrast the difference of these two forms of providing content. In one – Cable TV – there are about 500-1000 content providers who are supplied through the cable TV network. In the other, there are potentially 175 million websites that are available as content to any user. It is this huge diversity that makes it difficult for a few media companies to have a monopoly over what constitutes news. Old fashioned censorship which relies on its ability to control the major news media channels do not work any more. Instead, the new modality for the rich and powerful, is to create media spins and plant false news that are then pumped out from their captive media channels.

It is not an accident that even after it has been conclusively proven that there were no weapons of mass destruction (WMD’s) in Iraq, fully 40% of all Americans believe that the US found WMDs in Iraq. This is the megaphone effect, or the power of the big lie, repeated over and over again by the “main stream” media. This is how reports of struggles are relegated to the inside pages, if they find a place in the papers at all. The front page is indistinguishable from what used to be called Page 3 or celebrity news.

The DoT Report underlines the importance of net neutrality and non-discriminatory access; traffic should not be slowed down or speeded up; legal content should not be blocked; and internet monopolies, ISPs or TSPs should not act as gatekeepers. But it fails to take the next step of calling out Zero Rating services as a violation of net neutrality. Zero Rating services — such as Airtel Zero or Reliance-Facebook’s offering of Internet.org – bundle a few websites to be provided free to its subscribers, or avoid the data caps imposed on others once the download limit is exceeded. Bundling a few free sites (or keeping them out of data caps) simply means blocking all others, either from the beginning, or after the data cap has been exceeded. If slowing down traffic from a particular source is a violation of net neutrality, why is blocking a source – which is not a part of the telcos Zero Rating offer — not a violation? When is blocking not blocking in DoT’s understanding? Are not telecom companies acting as gatekeepers in providing access to only specific websites?

We have written earlier that with users personal data becoming a commodity, gate keepers have the ability to sell their subscribers personal data to advertisers. This is big business. Google and Facebook are monopolies by virtue of selling their users data and thus capturing the bulk of the digital advertising revenue. This is why they are willing to pay the telecom companies for providing access to their subscribers.

The first net neutrality wars was between telecom companies trying to extract termination fees from internet companies to provide access to their subscribers. The current net neutrality battle is between big internet and telecom companies forming cartels to offer Zero rating services. For the big internet monopolies, this is a method of keeping out all their competitors and cementing their monopoly positions for the future.

The second problem in the Report is the argument that VoIP services are essentially voice services even if offered over the internet, and since it is a similar service, it should have the same licensing terms as the existing telecom service providers. Treating a specific over the top service, in this case VoIP service, is making a distinction between different kinds of services over the internet. In net neutrality terms, the ISPs or the TSP’s will have to distinguish the difference between a data packet that is a part of VoIP call from other data packets. DoT’s Report is silent on why this should not be considered a violation of net neutrality.

Historically, data services and telephone services use different technologies and have completely different principles built into them. Traditional voice services create a physical circuit through telephone switches that connect the two sides. In data services including VoIP, all voice communication is made into small data packets that are then sent over the internet as independent packets, and re-assembled at the other end. This is identical to all communication that takes place over the internet – whether voice, text or image.

The argument that DoT Report advances, and this is what the telecom companies have been advancing, is that all services that are functionally equivalent, should have similar regulatory burden. Otherwise, there would be regulatory arbitrage. If this principle is to be accepted, it cannot be applied piecemeal, but must be then used across all telecom licenses. This would mean a major change in our existing licensing regime, something that the Report does not address. Instead, it advances this argument only for VoIP services without addressing the broader licensing issue.

We have already dealt with the loss of revenue argument. The telecom companies not only have healthy revenues, their data revenues have been positively booming in recent times. In revenue terms there is no argument why the telecom companies need protection against VoIP services.

Designating a few players as VoIP services for licensing may work, but it also creates a long-term problem, as any web-conferencing software today, has very similar capabilities. It is also not clear why domestic and international Skype calls need to be treated differently: they are identical in functional and technology terms.

Strangely enough, DoT does not address why Indian telcos have not offered VoIP services in India, when, from 2006, their Unified Access Service Licenses include internet telephony? Internet telephony is of course VoIP services by another name. Should we consider regulatory arbitrage as between VoIP services of OTT players and existing voice services? Or should it be between the VoIP services of the OTT players and the Internet Telephony services that the telecom companies have chosen not to offer? Instead of offering the telecom licensees protection in the guise of regulatory arbitrage, should not TRAI and DoT have pulled up the telcos for not offering a service that has been in their license for the last 9 years?