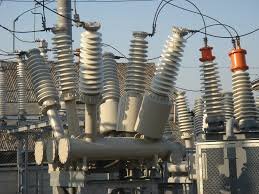 The CAG Draft Report on the three private power distribution companies in Delhi, shows that the people of Delhi have been “overcharged” by a whopping Rs. 8,000 crore. The three companies – BSES Yamuna Power Ltd (BYPL) and BSES Rajdhani Power Ltd (BRPL) controlled by Anil Ambani’s Reliance group, and Tata Power Delhi Distribution Ltd (TPDDL) – committed deliberate fraud by inflating their power purchase costs, suppressing actual revenues, and through sweet heart deals with their group companies, all of which led to higher electricity bills for the consumers.

In 2010, the then head of DERC, Berjinder Singh, in his tariff order, had pointed out that the private power companies in Delhi were cooking their books, and the Delhi electricity tariffs need to be slashed by at least 23%. The Delhi government, led at that time by Sheila Dixit, stalled his tariff order, and after his term expired, appointed persons to DERC, who were happy to play ball with the private power companies. Instead of lowering tariffs, DERC then hiked them in 2011, and again in 2013. The erstwhile Sheila Dixit Government officials, including the Chief Minister herself, and the members of DERC, are very much a part of the Rs. 8,000 crore fraud that the power companies have perpetrated on the people of Delhi.

The Aam Admi party has been campaigning in Delhi on electricity and water tariffs. Their move in referring the private distribution companies to CAG has created the welcome precedent that companies that play the role of public utilities, need to be brought under CAG purview. The Kejriwal government has also appointed a one-member committee – the Berjinder Singh Committee – to examine the power tariffs in Delhi. A Draft Report has been submitted by Berjinder Singh, echoing all the points that the CAG report also makes. The Kejriwal government needs to take immediate steps to cancel the Delhi Government’s agreement with Reliance and Tata, take over the private distribution companies and reverse the privatisation of the Delhi Vidyut Board. Instead, they seem to be proposing to repeat the same exercise with other private players, which will only lead to similar results.

The AAP government should also take steps not only to recover the Rs. 8,000 crore from these private distribution companies, but should proceed against these companies and those in the Delhi Government and DERC, who connived with them, for fraud.

The CPI(M) had opposed the privatisation of Delhi Vidyut Board and had predicted at that time exactly what the CAG has uncovered. It had also pointed out that the entire privatisation exercise was carried out without any serious attempt to evaluate the assets being handed over to the private players. Instead, various “incentives” in terms of actual transfers from Delhi government coffers to the private companies were made, all of which helped the loot of the Delhi citizens.

The Key Issues in the CAG Draft Report

While the Draft Report of the CAG is still not a public document, there is enough material available in public domain to bring out the key features of the fiddle that the private companies have done.

There are various ways that the private distribution companies inflated their costs of power. One specific way was to buy costly power from their own group companies. Both Tata and Reliance are also in power generation and trading business. They could use their group companies to buy expensive power and pass the cost of such power on to the Delhi consumers. Even if power was not bought directly from their generation companies, the private distribution companies could use power traders to inflate the cost of power that they were purchasing.

So the private companies made money by such hidden transfers, not in their Delhi arm, but in other group companies. The Delhi regulator, DERC, pretended to be blind to these practices and connived with the power companies to pass on such hidden costs to the consumers.

The other element of the fraud is again utilising their group companies for engineering, procurement and installation of equipment at inflated costs. This is something that has been brought out time and again in various public hearings. DERC and Delhi government made no attempts to stop such conflict of interests, and did not insist on public tendering for such projects. Instead, it allowed such incestuous practices to continue and the fleecing of Delhi consumers.

The CAG Report also points out that the private companies suppressed their actual revenues – they showed lower revenues than they had actually received.

While the CAG as an auditor has only looked at the accounts, there have also been other charges levelled against the private distribution companies. One of them pertain to the electricity meters. The replacement of electricity meters took place under what is known as the APDRP program, funded by the central government. Soon after the meters were installed, the amount of electricity metered increased significantly, raising doubts about the accuracy of the meters. Such doubts have never been properly addressed.

The second is in relation to the billing software used by these companies and whether these have been certified by an external body. The CAG did not go into these issues. The Berjinder Singh Committee has asked the DERC whether it has verified the billing software, a question that DERC has refused to answer.

The Faulty Premise of Electricity Privatisation

The problems we are seeing today owe their origin to the restructuring of the State Electricity Boards and privatising various parts of these restructured boards. The World Bank and other such bodies have been arguing that the developing countries need to privatise the electricity sector, and for that, it needs to separate generation, transmission and distribution. This is the model that India has been following for the last two and half decades.

The initial attempt was to induct private capital into generation, leading to Enron like fiascos. While the second generation of “reforms” has fared better, it has been at the cost of the banks who have provided the capital for the private sector to invest in power generation. These now represent a major share of the non-performing assets of the public sector banks.

The Delhi experiment has been held up as model privatisation of a public distribution company. It now transpires that such a success story was built on deliberate fraud, creative book keeping and in collusion with the regulatory and government authorities.

Before we blame only the Sheila Dixit government – and they do deserve a major share of the blame – the then central government led by BJP was fully party to the Delhi “reforms”. They piloted the Electricity Act 2003, which virtually forced the trifurcation of the State Electricity Boards. It created a legal framework that forces utilities to operate in the power market under what it calls “open access”.

Open access is that any generator anywhere should be able to access any consumer using the electricity wires of the transmission and distribution companies. The mantra of the neo-liberal reforms is that the god of the market will solve all problems, irrespective of the nature of the problem.

Why does markets not work in the electricity sector? The first is that electricity sector cannot have a market, as buyers and sellers do not meet. The market is artificially created by the regulator – it is a completely artificial entity unlike other markets. All that private companies need is to capture the regulator. To compound the problem, the electricity regulators in the country have treated consumers, and big private companies with enormous resources, as equal entities in quasi judicial proceedings. They have neglected their primary duty, which is to protect the consumers.

The second reason why markets do not work in the electricity sector is even more fundamental. In these so-called electricity reforms, the grid is used as a market. The grid balances supply and demand at every instance. The markets do not operate to balance supply and demand instantaneously, but over a much longer time cycle. In other areas, we can store the goods that are being bought and sold, so create a balance between supply and demand. Even then markets fail due to monopoly, hoarding, etc. In the case of electricity, no such storage is possible. The grid obeys the laws of physics, not of the laws of the market. That is why electricity markets have have failed all over the world, the most spectacular failure being California in 2000 and 2001.

Already, various “experts” have started opining that more such reforms are required and if only open access is imposed fully, such fraud will not occur. This is again the belief in the mythical market taking care of all the problems of the world, evidence not withstanding. Open access is other countries have shown that only big consumers can take advantage of buying power from the power market. It is pro big business and provides no help to the small consumer. It only helps to redistribute the power tariffs in favour of big business and against the small consumers.

The AAP has also been talking about cancelling the license of Reliance and Tata, and awarding it to other private companies. Einstein once said that it is the height of stupidity to do the same thing over and over again, and expect different results. The AAP prescription of changing the ownership while retaining the same structure, will only recreate the same problem again.

What AAP needs to do is to reverse the failed privatisation strategy of the Congress and the BJP in the electricity sector. This is what Delhi needs.