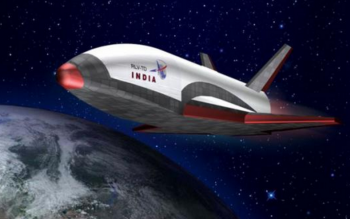 ISRO added another feather to its cap by successfully launching, on May 23, 2016, the first of four experimental versions of its Reusable Launch Vehicle (RLV) technology demonstrator (RLV-TD) programme under which a series of calibrated tests with serially upgraded versions would be tested towards the ultimate objective of developing a two-stage-to-orbit (TSTO) reusable launch vehicle. Once again, India joins a small group of countries working to develop an RLV, and has show-cased the vision and strengths of its multi-faceted space programme. The basic idea behind the efforts by several players in different countries, despite each working with different design concepts, is the same, namely to replace the dispensable launchers we are all familiar with by a reusable rocket that would be brought back to earth and readied for repeat launches, much like aircraft are used. Since the rocket component represents a substantial proportion of the total cost of each launch, theoretically this should significantly reduce the cost per launch and thus enable greater numbers of launches than current costs allow. As the ISRO website states, “the cost of access to space is the major deterrent in space exploration and space utilization. A reusable launch vehicle is the unanimous solution to achieve low cost, reliable and on-demand space access.”

However, there are many practical problems that stand in the way and which make these apparently simple goals difficult to achieve. NASA’s Space Shuttle has been the world’s longest reusable launch vehicle but the programme was eventually terminated due to prohibitively high costs and safety issues. Many other efforts by the Europeans, the Japanese and even the Russians have been abandoned after a few trials. Of late, public interest in RLVs has been re-ignited by the increasingly successful efforts of US private sector companies, notably Elon Musk’s SpaceX RLV which successfully touched down safely on an ocean-based floating platform in January this year.

So how should we understand ISRO’s RLV endeavour? What are its main goals and how do these related with ISRO’s other objectives in terms of scientific and commercial use of space? What are its chances of success? And how is it to be viewed compared to efforts in other countries?

The 4-phase RLV-TD development programme proposes to test in a phased manner the different flight characteristics that will be experienced by the launcher. The first of these was the Hypersonic Flight Experiment (HEX) that took place last week in which the scaled prototype of the winged spacecraft, resembling the iconic Space Shuttle, was tested for its aero-dynamic and heat-related characteristics, along with the ability to return to a designated spot. This would be followed by the Landing Experiment (LEX) when the soft landing and recovery would be tested, the Return Flight Experiment (REX) in which high-altitude re-entry and powered cruise flight would be assessed, and the Scramjet Propulsion Experiment (SPEX) when the new air-breathing engine would be put through its paces.

The scaled model was 1.65 metres long and weighed 1.75 tons, and is capable of reaching 70km altitude, beyond most of Earth’s lower atmosphere. The craft was launched from Sriharikota mounted directly atop (like a second stage, see photo) to an HS-9 rocket, a 1 meter diameter 9 ton solid launcher, which took it up to 56 km altitude before separating and falling down into the Bay of Bengal, the RLV-TD1 then independently going up to 65 km.

Since this was a technology demonstration flight, RLV-TD1 was not expected to, and did not, make a soft landing enabling recovery, but splashed down very near the targeted spot in the Bay.

From the design altitude, RLV-TD1 re-entered the dense lower atmosphere at hypersonic velocity of Mach 5 (five times the speed of sound at that altitude). The craft adopted a nose-up attitude, just like the Space Shuttle, so that the bulk of the heat generated during re-entry would be deflected or absorbed by the 600 ceramic tiles on the bottom of the craft (see photo). The nose cone also had its own heat shield, of course, made mainly of carbon-carbon composite material. Considerable data would have been gathered on the heat protection system and the aero-dynamic performance during hypersonic flight which would certainly be invaluable for design-development of the full-scale version.

ISRO would now be able to confidently go ahead to its next three technology demonstrators and then proceed to the final goal of a completely Reusable Launch Vehicle. Needless to say, there is a long way to go yet.

The RLV-TD took the craft to sub-orbital altitude of just under 70km, short of the 100km Karman Line marking the beginnings of “outer space” and well short of orbital altitudes. The scramjets used, which are air-breathing engines using atmospheric oxygen instead of carrying it in tanks, have their own limits. If orbital altitudes were to be reached, the scramjet engines would have to approach Mach 15 speeds, way beyond the Mach 5 achieved this time, causing enormous additional heat stresses, else other types of rocket boosters would have to be used, adding to weight penalties and costs.

While it may be premature to comment on the costs involved, especially since no current or projected costs are available from ISRO in the public domain, some questions certainly arise about eventual costs and hence viability of the reusability goal in light of international experience. As would be seen below, perhaps other designs may prove to be better options. Or is there another story which the public does not know yet?

It is telling that no fully reusable orbital launcher has been in use. The grounding of the VTHL (vertical take-off horizontal landing) Space Shuttle ended the longest-lasting experience with reusable craft and, despite recent successes by SpaceX, the jury is still out on reusable launchers.

The Space Shuttle orbiter, including its own engines and two solid rocket boosters, was itself of course only partially reusable in that it required extensive refitting between launches. A virtual army of over 10,000 took over 9 months to refurbish the Shuttle for each new flight, escalating the cost per flight to around $1 billion! Readers may recall the panic around heat-resistant tiles dropping off from the Shuttle and the extensive refitting that called for, hastening the end of the Shuttle programme.

Various other experiments, including by the US military during the 1990s especially those prompted by the infamous ‘Star Wars’ programme, never really fructified, even though several designs showed it was possible to have low refitting requirements and that it was not necessary to have a standing army for the purpose. But it should be remembered that the Shuttle was intended for manned flight, in which the safety, weight and other design requirements add significantly to costs.

Commercial launch of multiple satellites or satellite constellations such as the Iridium communications system, which eventually shut down, prompted the next wave of interest in reusable launchers especially by the newly-emerging private launcher industry. Older readers may recall coverage in these columns several years ago of the sub-orbital HTHL (horizontal take-off horizontal landing) SpaceshipOne by Scaled Composites which won the Ansari X prize for its efforts.

The most recent and most successful of these efforts have been by companies led by the American visionary-innovators Jeff Bezos’ (of Amazon fame) New Shepard and Elon Musk’s (of electrical cars fame) SpaceX. Bezos’ New Shepard (not a spelling mistake, but named after the first US astronaut Alan Shepard) was a VTVL (vertical take-off vertical landing) sub-orbital rocket aimed at the space tourism market which became the first of its type to cross the 100km Karman Line into ‘outer space’ and land safely in November 2015.

Elon Musk’s Space X too is designed as a VTVL craft which acts as the first stage of a multiple-stage rocket designed to launch satellites or provision the International Space Station, as the latest launch did on April 8, 2016. After its second-stage booster and Dragon spacecraft carrying various goods separated and went on to dock with the ISS, the first stage Falcon 9 rocket landed safely on a floating drone landing pad in the Atlantic Ocean, an event dramatically recorded on live video (see https://www.youtube.com/watch?v=lEr9cPpuAx8). This was SpaceX’s major success after several earlier failed attempts and its first successful sea-landing.

Of course, the time between launches is still not the ambitious “few hours” that SpaceX is targeting. Yet SpaceX’s Falcon9 design makes it a likely candidate to achieve reusability, even if with some interval between launches, and is quite different to Jeff Bezos’ rocket. Since its goal is to reach orbit, the Falcon9 reaches almost 200km altitude at velocities approaching Mach 7.5, facilitated by its long and thin structure compared to the shorter and fatter New Shepard, designed to reach only 100km. The thin structure of SpaceX also drastically reduces drag or friction on re-entry, exposes a smaller surface to heat stress and also facilitates the “flip over” manoeuvre to enable a vertical landing with the use of its rocket engines.

SpaceX estimates that, from the present $60 million cost, launch prices could be brought down to around $40 million over the short to medium terms, while Elon Musk himself, in his usual hyper-mode has even projected reducing costs over the long term to around $5-$7 million.

Where is RLV headed?

Nobody quite knows what the costs and turn-around times will be for ISRO’s eventual RLV. Some officially unconfirmed reports have estimated that, even if per-launch costs are reduced, it may take about 20 launches before cost difference between the RLV and expendable rockets are recovered. At these differentials, the viability is questionable. In which case, a design similar to SpaceX rather than the Space Shuttle may be more realistic.

Or is ISRO’s eventual, albeit hitherto hidden, goal a reusable craft for manned flight, in which case the Shuttle-like design would make more sense. If that is the case, a re-think of its priorities by ISRO may be in order. India has, by and large, and till recently, steered clear of an extensive manned spaceflight programme with the correct understanding that the returns are low in terms of science and applications on Earth, even though returns from international prestige and boasting rights may be high. It is to be hoped that India and ISRO do not succumb to the temptation, especially in view of China’s ambitions for manned space expeditions, of an extensive manned programme. Elon Musk has nothing to lose by proclaiming on the SpaceX website that Reusability is the “key to making human life multi-planetary.” But India could do without such vanity.