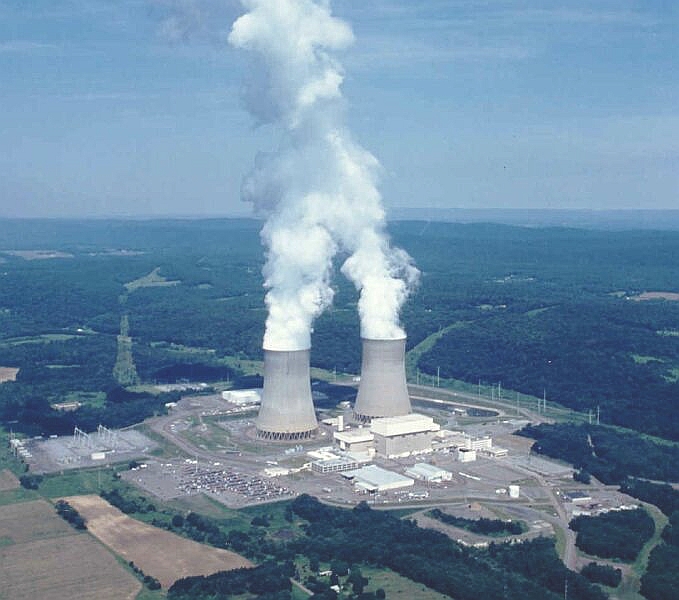 The 4th visit of Modi to the US has very little to show as achievements. No wonder, the headlines screamed about “the start of the preparatory work” on six nuclear reactors as a major achievement. Not content with this, the Westinghouse AP 1000 reactors were even hyped as 5th generation reactors, skipping two whole generations of reactors in between. The earlier AP 600 reactors are recognised as 2nd generation reactors, making the AP 1000 the 3rd generation, which is how they are known in the rest of the world – except to certain gentlemen in the Indian media.

The reality is that after 8 years of negotiations on the Westinghouse reactors, India has now shifted the location from Mithivirdhi in Gujarat to Srikakulam in Andhra Pradesh. The negotiations for the deal with Westinghouse are still stuck, and only a new beginning is being sought with this new site. All that Westinghouse has agreed is that they will do some preliminary work for this new site — “start of the preparatory work”.

In today’s world, nuclear energy is a dying technology. Its costs are too high, its ability to build to schedule is non existent and it faces the challenge of renewables – wind and solar – the costs of which are dropping rapidly. The US, after a brief flirtation with nuclear energy – the so-called nuclear renaissance – has pretty much decided not to invest any further in this technology. It is only China and India that can revive the dying nuclear industry of the US. Both Westinghouse and GE are without any further orders in the US and in the EU. So it is not the US showing its willingness to “give” us nuclear reactors to India that is the issue; it is India helping to revive a patient – the US nuclear industry – which has currently one foot already in the grave.

How much are we committing to pay to revive a dying Westinghouse? Though no cost figures have been disclosed – very similar to how India is negotiating with Areva for Jaitapur – the bill for the six Westinghouse reactors is estimated to be in the region of a whopping Rs. 2.8 lakh crore! The cost of such nuclear power would be about Rs. 12-14 per unit (KWh), or about three to four times that from coal fired plants, and far higher than the wind and solar costs.

As a part of the India US nuclear deal signed almost a decade ago, India had offered both GE and Westinghouse one site each for setting up six units of 1,000 MW. Srikakulam was offered as a site to GE-Hitachi, which they had turned down. Westinghouse was offered the Mithivirdhi site. Facing protests of the local people and various environmental objections, Nuclear Power Corporation Limited (NPCL) decided to abandon its Mithivirdhi plans, and instead offered the Srikakulam site to Westinghouse. The Modi Obama statement on the six nuclear plants is therefore simply a continuation of the India US Nuclear agreement reached during Manmohan Singh’s time. All that both sides have achieved after 8 long years, is simply coming back to square one.

At least during Manmohan Singh’s time, there was a talk of a nuclear renaissance and the renewal of nuclear energy industry after a long hiatus. After Fukushima, nuclear energy worldwide has gone out of reckoning in most countries, with only India, China, and Russia still pursuing their nuclear energy plans. For India, more than nuclear energy, it is paying back the US for its “support” for entry into the nuclear club. While India has got access to nuclear fuel, the rest of the promise – dual use technology, technology, fuel reprocessing, membership of NSG etc. — has not materialised.

Eight years is a long time and much radiation has flown into the sea from Fukushima meanwhile. The US has virtually stopped all further nuclear plants; the French after its two costly EPR’s – one in Olkiluoto, Finland and the other in Flamanville, – has stopped all further expansion of its nuclear fleet. The UK is still considering installing EPR’s and Westinghouse reactors to replace nuclear plants that they are closing, while Germany is switching to renewables and shutting down its nuclear fleet.

Let us examine more closely the Westinghouse reactors that we are buying and see whether it makes any sense for us today. The Westinghouse AP 1000 reactors have come up against very similar problems that have dogged the French Areva EPR designs. Just as the EPR’s have shown huge cost and time over runs, so have the AP 1000’s in the US and in China, where plants are under construction.

The two sites in the US, where AP 1000’s are being installed, are Vogtle, Georgia and VC Summer, South Carolina. Both are to have 2 units of AP 1000, with a net power output of 1,107 MW each. Originally planned to be completed in 4 years, each of these plants are now fully 3 years behind schedule. The commissioning dates are now supposedly 2018, for the first units and 2019 for the second one.

Westinghouse is also building 4 nuclear units in China, two in Sanmen and two more in Haiyang. Both are also seeing three years delays, similar to the delays in the US plants.

This is quite similar to the Unit 3, of the Olkiluoto plant, which saw similar slippages in the Areva supplied EPR. It is now fully 8 years behind its original 5-year schedule. As in the case of AP 1000’s, the slippage continues year by year, discovering new problems and fixing each of these taking even longer. Olkiluoto Unit 3 was estimated to cost Euro 3 billion originally and is now projected to cost Euro 8.5 billion, or almost three times the original cost.

In the case of the US plants, Westinghouse, now owned by Toshiba, has a nearly fixed price contract with the US utilities Vogtle and VC Summer. Therefore the cost escalation for the plants is limited to the delays in starting repayment of the costly loans that the utilities have taken for building the plants. This is not as bad as it might have been for the utilities, as the cost of these plants have been underwritten by low cost loans from the US government. However, the costs to the suppliers Westinghouse, and the builders, are expected to be very heavy.

There is not much available in the public domain on the Chinese contracts, except that the Chinese authorities are deeply unhappy about the delays. Who will bear the cost of the delays and how much escalation of costs have taken place are not known. The Chinese seemed to have learned their lesson from this experience, and are planning to switch their nuclear program to their indigenously developed 3rd generation nuclear reactors.

What is the cost of the AP 1000’s? Without taking the delays into account, the cost of the two units of the Vogtle plant in 2009 was approximately $14 billion or about Rs. 94,000 thousand crore (at today’s exchange rates). Assuming these same price will hold good even after 7 years and without taking into account the cost and time overruns, this works out to an astronomical Rs. 2.8 lakh crore (Rs. 2,80,000 crore) for six units in Srikakulam! This translates to Rs. 42 crore per MW or about 7 times the cost of coal fired plants. Before people claim that these are over estimates, let us also remember that these are very similar to the Areva EPR prices for Jaitapur, which is why negotiations have dragged on for more than 7 years between NPCL and Areva.

What do these capital costs per MW translate in terms of cost per unit of electricity(KWh)? Roughly, a capital cost of Rs. 42 crore per MW would mean that a unit of electricity would cost – at a very conservative estimate – about Rs. 12-14 as against the current cost of Rs. 3-4 for coal fired plants. The latest renewable figures in India shows that wind is cheaper than coal and solar is about Rs. 4.00 to Rs. 6.00 per unit. In other words, nuclear power with imported reactors, is two to three times more expensive to that from renewables.

The reasons for the spiralling costs in nuclear energy have been many. I will single out the two most important ones. One is that as nuclear accidents have happened, they made us much more aware of the inherent complexity of handling a controlled burn of potentially explosive, nuclear fissile material. If any critical system fails, it can lead to loss of controls and therefore the possibility of reactor melt down. This is what we saw in Chernobyl and Fukushima. The second is that with costs rising, the nuclear industry decided to scale up the size of the units to bring down the costs per unit of electricity produced. However, such an economy of scale also adds to the complexity; the reactors of 1,100 MW (AP 1000) and 1,600 MW (EPR) size means that these reactors are much more complex. This has lead to the difficulty of manufacturing, as also constructing such complex plants. This is the key reason why the nuclear industry has repeatedly failed to meet its project schedules. What killed the nuclear industry in the US was not the Three Mile Island disaster, but consistently failing to meet its cost and projected time targets.

There is another factor we need to take into account. If we pack more units together, the magnitude of a nuclear accident increases. The reason we still do so is reducing costs, and the difficulty of finding suitable sites. With 6 units of 1,100 MW (Srikakulam), or 1,600 MW (Jaitapur), packed together, an accident would have catastrophic consequences for a much larger area than the smaller units NPCL has been installing in India till now.

Nuclear technology is the only technology I know in which the costs have consistently risen with time. All others, after a relatively short time, led to a significant lowering of costs. Not so with nuclear energy. Today, we should switch to renewables if we want to phase out coal. Nuclear energy is no longer the answer, either in economic terms or as a clean energy source.