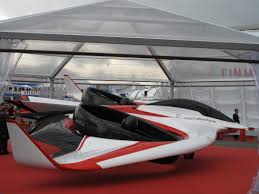 Among the slew of liberalized norms for FDI announced by the government a fortnight ago was a much anticipated relaxation in norms for FDI in defence industries. The prevailing cap on FDI stood at 26% as per a 2001 policy. In this round, trial balloons were floated for raising this to 49% or even 74% under the automatic route, moves aggressively pushed by the Commerce Minister and supported by the Finance Ministry. However, after considerable negative reaction from opposition parties, commentators and reportedly even from the Defence Ministry, the final announcement put the FDI cap under the automatic route at 26% as already prevailing as per the Defence Procurement Policy of 2006, but this has now been brought under the FDI policy, according to government spokespersons, for “greater confidence and clarity” in the minds of foreign investors. More importantly, higher FDI has been allowed although on a case-by-case basis where “state-of-the-art” technologies are involved and with special approval by the Cabinet Committee on Security (CCS). (Hitherto the only case of more than 26% foreign participation is the JV for the Brahmos cruise missile involving state–owned enterprises from Russia and India with the former holding 49.5%.)

This leaves scope for higher FDI, significantly without any upper ceiling, but only where advanced technologies are involved. The assumption is that foreign companies would not bring in advanced technologies unless they had a larger stake in the business and, if they did set up facilities in India to manufacture high-tech defence equipment, it would augment the domestic industrial base and, over time, boost indigenous capabilities. In the governments view, therefore, the special dispensation for higher FDI is being granted in India’s interest.

Even so, this was not the big bang reforms that some circles had been pushing for. Predictably, several commentators bemoaned the timidity of the government in not throwing open the defence sector to higher FDI under the automatic route. If India can import military hardware from foreign manufacturers, they argue, what is the harm in allowing the same companies to set up base in India? This will bring advanced technologies to India, create jobs in the high-tech manufacturing sector and even open up prospects for lucrative exports, besides of course bringing in additional investment. Opening up the defence sector to FDI, the argument continues, will enable the indigenous manufacture of military equipment that decades of indigenous efforts have failed to deliver.

Both these sets of arguments favouring FDI in defence industries are completely wrong.

FDI in the defence sector, with lower or higher caps, will not result in the massive inflow of investments as are being touted. Nor will it bring in advanced technologies. These would happen, if at all, only if and when India fully surrenders the domestic defence manufacturing space to international defence conglomerates who will then, of course, retain their monopoly over advanced technologies. And with this will disappear even the smallest hopes of enhancing the capabilities of the domestic defence sector in manufacturing, not to speak of design and development which will become a futile dream.

Its not about the money Let us consider investment flows first. What advantages could an international defence major, say a Boeing or Lockheed Martin, look forward to from FDI in a joint venture in India? As things stand today, they are already selling sophisticated military hardware to India and successfully competing in the highly lucrative and large Indian military acquisitions market. FDI brings them no additional advantage in the “buy” category, which today dominates defence acquisitions, under which are placed those high-tech equipment which are beyond the foreseeable capacity of domestic industries to deliver. As per current provisions, the foreign supplier is obliged to offset 30% of the contract value, or 50% in very large projects such as the MMRCA fighter contract, through domestic sub-contracts. From the Indian point of view, a fair proportion of manufacturing is already taking place in India, so how much more can India expect if the foreign supplier set up a joint venture in India?

On the other hand, the gains if any would be for foreign suppliers. With FDI in joint ventures (JVs), they would obtain a substantial share of the offsets business too, maybe even half or more depending on how much FDI is permitted on a case-by-case basis. This would largely defeat the very purpose of the offsets policy, vigorously opposed by foreign manufacturers, which is to ensure that a sizeable chunk of the enormous amounts India spends or military hardware imports stays within India and contributes to building up the domestic industry. One can only imagine the intense lobbying by foreign suppliers, and the accompanying non-transparent decision making in India favouring all sorts of crony capitalists with foreign investors in tow, to obtain a declaration that the equipment in question indeed involves “state of the art” technologies, a term open to creative interpretation. So Boeing could well obtain a large contract worth tens of thousands of crores, and also retain 49% or even more of offsets through a “Bharat Boeing” created through FDI and paid for sub-contract services by Boeing USA! A win-win for international defence majors!

One may ask why foreign suppliers have not so far set up JVs in India, even at the prevailing 26% FDI cap? Why have FDI inflows been so abysmally low, a meager $4 million during 2000-2010 according to authoritative sources? Because even if foreign OEMs do gain a bigger share of the pie from one particular contract, they do not yet see continuous, long-term returns from defence JVs in India. Hence the huge pressure on India by foreign military hardware majors to raise the FDI ceiling and ease barriers by bringing higher FDI ratios under the automatic route. Once these are conceded, as has partially already been done, they will ask for more concessions and special dispensations on the “case by case” basis. Down the line, they will argue that the JVs are not viable because orders are not regular and will press for additional if not continuous orders to keep factories running and retain jobs. From here on, these JVs will keep reaping the profits while India would be obliged to keep sustaining what would by now have become permanent liabilities. Critics of state-sector defence PSUs who have welcomed FDI on the very same grounds, have little to say about this very real possibility.

26 going on 100 In fact it is this logic that will either stand in the way of foreign manufacturers making any major investments in the domestic defence sector or they will push the envelope of FDI to the maximum possible, including 100% foreign-owned subsidiaries. Welcome “Boeing (India)”!

In every country with large defence acquisitions and a major defence industry, whether private or state-sector, these domestic military industries are kept afloat essentially through monopolistic design-development and supply contracts from the national armed forces, with super profits coming from exports. Large and high-tech military hardware such as aircraft, missiles or heavy armoured vehicles are not designed by firms at costs running into billions of dollars and then manufactured in the thousands just in the hope that somebody will buy them. Sophisticated military hardware is not like refrigerators or automobiles where new models are developed and put into the market at the company’s carefully calibrated risk. Therefore usually the national armed forces, through appropriate technical, administrative and political consultations, play an active role in delineating their future requirements and award design-development contracts, remaining closely involved in both the development and the delivery schedule.

Investments based on hope or speculation, even by the largest companies, are mostly in the very early design stages, with the State then substantially funding the development stage and then placing orders for serial manufacture. For example, Boeing and Lockheed Martin in the US developed and presented design concepts of the Joint Strike Fighter, contract for which was awarded to Boeing but with a rider that 50% of the manufacture would be done by Lockheed Martin, thus ensuring that the latter was compensated for the huge expenses it had incurred. This works well for national armed forces and that nation’s domestic industries.

But can, or should, India directly or indirectly subsidize a foreign manufacturer involved in a JV in India? Should India virtually guarantee purchase of its products, with the Indian armed forces planning and developing its future armaments requirements in close collaboration with a foreign company? This is exactly what will happen with an FDI policy, with FDI gradually pushing up so as to maximize returns and control over the technology. Just think! Security concerns are being raised in India today about telephone equipment built by foreign companies or JVs in ports. Yet the Finance and Commerce Ministers believe there is no problem with FDI in defence!

Goodbye Self-Reliance Finally let us look at what the priority concern for the defence industry in India should have been, namely self-reliant technological capability in both manufacturing and design-development. The new FDI policy, if it gradually morphs and “succeeds” as discussed above, will ruin all these prospects of self-reliance and destroy the vast industrial infrastructure and capability created over the decades, but which are now badly degraded. If undoing this damage, and preparing for a brighter future obviating the next large round of imports, had indeed been the goal, then FDI would not have been seen as a solution. Unfortunately, the FDI policy has completely ignored the specifics of the defence sector, and has extended to it the neo-liberal perspective wherein all issues are to be tackled through opening up to FDI which is expected to come with a bonus in the form of new technology.

As we have seen, the financial value of offsets will decline sharply with setting up of FDI-based JVs. Additionally, as foreign manufacturers increase their investments and control, they will also more tightly control the technologies. So how on earth will the Indian industrial ecosystem, in either public or private sectors, upgrade their capability in manufacturing? And if they cannot absorb the know-how, how will they acquire the capability for design-development? On the one hand, the massive hardware imports are blamed on the poor performance of the domestic (public sector) defence industry, and on the other a foreign-dominated defence industry in India is held forth as a solution!

Previous articles by the author in these columns have argued that the current crisis in the state sector defence sector needs to be addressed forthrightly and directly. A white paper on the sector from the point of view of self-reliance, the formulation of a concrete long-term phase-wise action plan with a series of goal-oriented missions, and a system of strict monitoring and accountability are required. But perhaps that is too much to expect, especially from this government, obsessed as it is with FDI as a panacea for all ills.