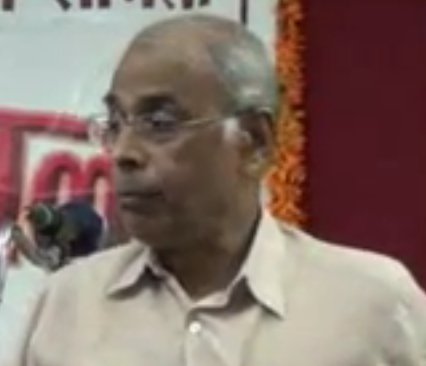 THE disturbing murder of Dr Narendra Dabholkar, rationalist campaigner, political activist, and social reformer, is a cause for concern at many levels. It is yet another example of the extent of intolerance that our society appears to revel in. It is emblematic of the deep-seated fear of knowledge and its democratisation. Most importantly, perhaps, it is a reminder that power relations in our society are mediated by institutions and individuals who have a stake in maintaining the status quo and in denying access to knowledge that can challenge prevailing belief systems.

A doctor by training, he helped found the Maharashtra Andhashraddha Nirmoolan Samiti (MANS) in 1989 and served as its executive president till his death. At the time of his death it had 180 branches in Maharashtra. The MANS was formed to pursue the following objectives:

Along with renowned astrophysicist Dr Jayant Narlikar, Dr Dabholkar challenged astrologers to prove the veracity of their predictions – a challenge that was never taken up. His organisation also campaigned for discontinuation of the study of Astrology in higher education, introduced by the UGC. It may be recalled that the UGC issued a circular on 23 February 2001 with a proposal to all the universities of the country to introduce UG and PG courses as well as doctoral researches in Vedic Astrology, which it later renamed in parenthesis as Jyotirvigyan. The move came about when the BJP-led NDA government was in power.

Dr Dabholkar combined his crusade for rationality with a strong message of social reform. He actively opposed the inhuman custom of exploiting women in the name of “witchcraft’ that prevails in the tribal districts of Maharashtra. Known as ‘Dakin Pratha’, women suspected of witchcraft are attacked and even killed. Most accused ‘witches’ are widows or destitute women. Recently Dr Dabholkar had also taken up cudgels against the parallel judiciary of Jat Panchayats in the state. He actively took a position against the support offered by these to kill youngsters marrying outside their caste, and the boycott of those alleged to have breached the code of conduct set by these panchayats.

Dr Dabholkar was also a leading political activist of the Socialist stream in Maharshtra, and was associated with the Rashtra Seva Dal. He was the editor of the Marathi weekly Sadhana for 16 years, till his death. Sadhana is an important Marathi weekly established by Pandurang Sadashiv Sane (Sane Guruji), a leader of the Rashtra Seva Dal, in 1948. The weekly was one of the publications banned during the Emergency in 1976, under the infamous Defence of India rules.

Dr Dabholkar, thus, was no mere armchair rationalist. He had the courage of conviction to fearlessly propagate his beliefs and to actively campaign for a change in the status quo. He was a political activist and a rationalist. There lay the danger that his beliefs constituted, to those who wanted people to unquestioningly accept their station in life.

Method of Science as a tool for Emancipation

His interest lay in not just propagating science per se but in promoting the method of science. Science today is often reduced to a set of facts, axioms and explanations, thereby stripping it of its essential core. The foundation of science is located in its method, in its endeavour to question everything that demands an explanation. This pursuit of Dr Dabholkar led him to question practices in society, not because they were linked to any particular faith or religion, but because these practices perpetuated inequity.

The ‘anti-superstition’ Bill that Dr Dabholkar was engaged in championing gives us a glimpse of the kind of practices that he opposed. A major portion of practices covered by the Bill relate to false claims of cures for different diseases. The Bill also sought to disbar claims regarding the ability to predict or alter the future, under the guise of astrology or other such belief systems. Millions today are prey to such claims. Their irrational belief in such claims stem from the larger conditions in society that make people vulnerable and uncertain about their future. If people have the option to make rational choices they usually do so. But in conditions where a vast majority of people are denied access to a functioning and affordable health care system, they turn to whatever provides hope. A majority of the people in the country face an uncertain future, brought about by the present path of development, that increases inequity and constantly pauperizes those that are already at the margins of society. Again, for people caught in the mire of destitution and uncertainty, a recourse to rituals that claim will change the future, are in fact the cry of the oppressed for a better future.

As Marx wrote: “Religious suffering is, at one and the same time, the expression of real suffering and a protest against real suffering. Religion is the sigh of the oppressed creature, the heart of a heartless world, and the soul of soulless conditions. It is the opium of the people. The abolition of religion as the illusory happiness of the people is the demand for their real happiness. To call on them to give up their illusions about their condition is to call on them to give up a condition that requires illusions”.

Dr Dabholkar’s death is thus also a reminder that social conditions give rise to irrationality and those who perpetuate existing inequities will go to any lengths to preserve their dominance.

Dr Dabholkar and his organisation did not target any particular religion though he himself was an avowed atheist. However, he earned the ire of the Hindu Right, especially after he helped draft and was involved in the championing of the Bill in Maharashtra to stop the promotion of superstitions. They spared no efforts to target him — the Hindu Janajagruti Samiti for example claims on its website that “Dabholkar is trying to get the proposed anti-superstitions Act passed, that will impose restrictions on abiding by Dharma, by misleading people and government” (sic).

Knowledge is power and denial of knowledge is another way of perpetuating the present imbalances in power relations in society. The death of a crusader wouldn’t be in vain if the promotion of rationality is integrated with the movement to challenge the fundamental unjust nature of society today, plagued by divisions based on class, caste, gender, etc. Such divisions are as irrational as the irrational belief systems they engender. Science and rationality are powerful tools that can break the chain of coercion that is inherent in our system. For the method of science teaches us to question everything, to seek the truth, to never believe that we are privy to the ultimate truth. Dr Narendra Dabholkar is no more but we can hope that his story will inspire a new generation who believe in the power of science, rationality and truth to change the way we live and the way we think.