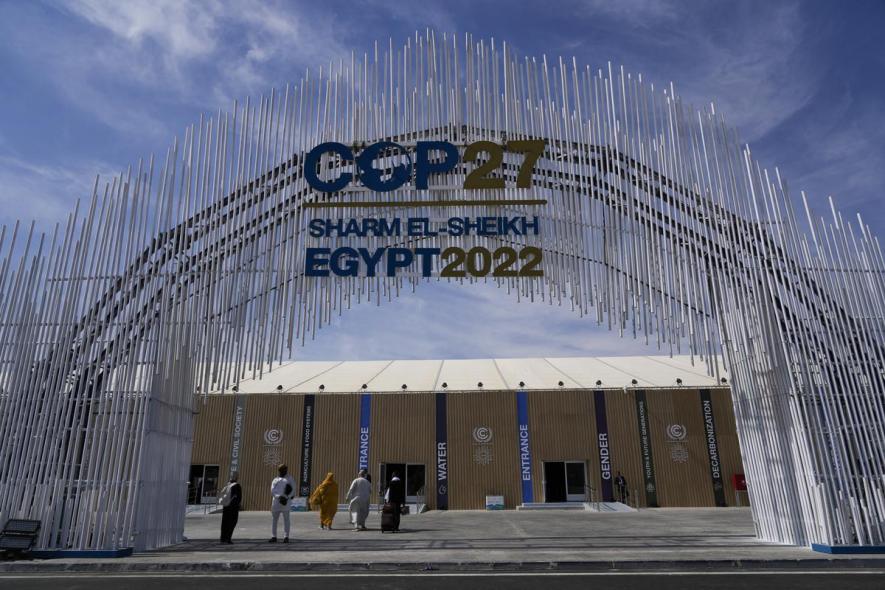 The UN Environment Programme (UNEP) has, as per usual practice, released its Emissions Gap Report (EGR) 2022 on the eve of the forthcoming COP27 meeting in Sharm-el-Sheikh, Egypt. All countries had been required to submit updated and more ambitious Nationally Determined Contributions (NDC) by September 2021, before COP26 in Glasgow, Scotland. The previous EGR 2021 released prior to COP26 had taken into account progress on the implementation of NDCs as committed under the Paris Agreement (PA) in 2015, as well as projections based on the updated NDCs tabled before Glasgow. As such, there are few surprises in EGR 2022 with respect to emissions reductions required to achieve the global goal of restricting global average temperature rise to 2 degrees C or, preferably, 1.5 C.

The EGRs have a difficult task like all climate campaigners or advocacy groups do. The Reports must frankly and clearly put forward the facts as they stand regarding the status and trends of global emissions and those of different countries, so as to underline the seriousness of the situation and thereby prod actions, while at the same time not scaring people into hopelessness and inaction. EGR 2022 does a reasonable job of the former, but seriously fails to indicate measures required to step up emissions reduction and cover the gap. In fact, EGR 2022, unfortunately, falls back on several misleading formulations which have increasingly gained currency since the Copenhagen Summit in 2009 and were enshrined at Paris in 2015. These formulations mask the areas where action is needed and tend to reinforce the status quo.

Current (2021) global Greenhouse Gas (GHG) emissions are estimated to be 52.8 GtCO2e (billion tons of carbon dioxide equivalent of all greenhouse gases taken together). These are record levels for global emissions, bouncing back from a dip in 2020 due to the drop in economic activities during the Covid pandemic. While global GHG emissions have continued to grow over the past decade, a silver lining is that the rate of growth has slowed to 1.1% per year during 2010-19 compared to 2.6% during 2000-2009.

However, global annual emissions in 2030 under current trajectories including the updated NDCs submitted at COP26 are projected to be 58 GtCO2e. This is 4.8 GtCO2e lower than projected emissions based on the PA NDCs. Further updates since Glasgow 2021, including India’s, reduces this by only 0.5GtCO2e.

Based on current trajectories, the global average temperature rise is projected to reach 2.6C by 2100, with the updated COP26 NDCs having reduced global warming by only 0.2C. Recent extreme weather events the world over have shown how disastrous even the current 1.2C rise in global average temperatures can be. In light of this experience, global warming of 2.8C would be nothing short of disastrous.

These figures are more or less the same as in EGR 2021. They are also reflected in the 6th Assessment Report of the IPCC and its three Special Reports over 2020-21, as well as the recent UNFCCC’s Summary Assessment of NDCs prepared as input into COP27.

EGR2022 however falters by not identifying the countries with major shortfalls in emission reduction commitments and in implementation. It was as far back as the 4th Assessment Report of the IPCC (IPCC/AR4) in 2007 that scientists had put on record a quantitative assessment of the reduction required by developed countries to achieve the global goals of restricting temperature rise. IPCC reports, especially the Synthesis for Policy-makers (SPM), while a compilation by scientists, require to be signed by all governments, which sought to avoid prescriptive actions or targets. Since then, this tendency has pervaded the UN system, so much so that UNFCCC now talks mostly in generalities. Even earlier versions of the EGR used to carry such estimates of the responsibilities of developed and developing countries.

These generalities, however, also work to cover up the roles and responsibilities of the industrialized countries in causing climate change and for mitigating GHG emissions, and remove equity from the discourse around global emissions control.

The dilution of developed countries’ responsibilities began when the earlier Kyoto Protocol (KP) was coming to an end in 2008 and a process to replace it with a hopefully more effective architecture began. KP, based on the foundational principles of the UN Framework Convention, had laid down a firewall between developed and developing countries based on the historical contribution of the former to over 75% of cumulative atmospheric GHG emissions. The US and its allies worked to demolish this firewall, effectively removing the developed-developing distinction as well as the role of historical responsibility in delineating the share of the burden to be borne by developed countries in reducing emissions. This was introduced into the Copenhagen declaration and finally in the Paris Agreement itself.

Since then, groupings of nations such as “major emitters” were made that would put, for example, India in the same category as the US or EU. In line with this thinking, EGR2022 speaks of the collective responsibility of the G20 for 75% of global emissions, and the current and projected emissions of countries in this artificially created “bloc.”

EGR 2022 completely ignores the fact that the promised emissions reductions by developed countries have fallen sharply from the 80-90% cut from 1990 levels called for till IPCC/AR4 and in subsequent discussions to the highly-praised 60-odd% in the Paris NDCs, with the US being even much lower. This masking of the true responsibility of developed countries is taken further by, for example, constantly placing India among other top emitters, ignoring both the low historical contribution and low current per-capita emissions of India.

Unfortunately, EGR 2022 too follows this narrative by highlighting the peaking and decline of emissions by some developed countries, without analyzing the saturation levels of carbon-based growth in these nations or questioning their less-than-required rate of decline of emissions.

EGR 2022 also takes for granted the dubious net-zero narrative and campaign being forced on all countries, both developed and developing, despite acknowledging that “credibility and feasibility of the net-zero emission pledges remain very uncertain”. EGR 2022 also shockingly accepts at face value the pledges by developed countries to achieve net-zero emissions by 2050. In a series of pictograms, EGR2022 shows current emission levels depicted as dots, projected emission trajectories depicted as short arrows at corresponding angles, and the year of net-zero pledges depicted as a dot on the horizontal base-line or X-axis. The pictograms depict the US, EU, and Canada with arrows pointing downwards heading straight to the 2050 point on the X-axis, while showing India and China with arrows going upwards at a sharp angle, with apparently no prospect at all of reaching net-zero, with no acknowledgement of China’s commitment to peak in 2035 and reach net-zero in 2060, or Indian PM’s net-zero pledge by 2070!

EGR is therefore left with this question hanging: if there is such a large emissions gap, and if specific countries or groups of countries cannot be called out, how are emissions to be reduced?

Surprisingly, EGR2022 seems to give up on the negotiations process to deepen emission cuts, especially by the US, Japan, Canada, Australia and China whose total emissions as well as per capita emissions are zooming upwards at a gallop to very high levels. Having argued that “every fraction of a degree [of temperature rise] matters” in the pursuit of emissions reduction, EGR 2022 simultaneously states that “incremental change is no longer an option” to reduce emissions.  EGR2022 itself reports that while considerable progress has been made in reducing CO2 from fossil fuel-based power generation, many sectors still remain inadequately covered such as reductions of methane from waste and ruminant animals, and nitrous oxide from manufacture and use of fertilizers.

EGR 2022 calls for “broad-based economy-wide transformations” and goes into considerable detail regarding the potential of a few inter-sectoral areas. These columns have long argued for such inter-sectoral interventions, but it does not help to cast them in a vague ideological manner. If the international negotiations process is so inadequate in persuading countries to come together to declare higher ambition in emission reductions, even if countries view these reductions sectorally with cross-cutting mitigation potential, vaguely-formulated transformative processes stand little chance. India’s NDC, for instance, does not address transport, buildings, waste-based methane and so on. Not that India is under any obligation to increase its emissions reductions, but India can keep some options in its pocket which it can put on the table if it can, as it should, push developed countries to take on deeper cuts. Unfortunately, EGR2022 is not very helpful towards that end.

COP27: More Loss and Damage Ahead
D. Raghunandan
Real Challenge at COP27 is Private Greed Versus Devastation of all
Prabir Purkayastha
Another COP-Out: This Time Madrid
Raghu
COP 24: Achieving Nothing, Cementing a Trend
Raghu
Scroll back to top