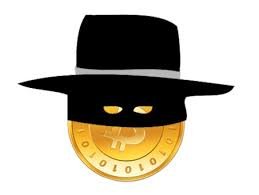 Who is Satoshi Nakamoto and why should we even bother knowing who he is? Nakamoto is the pseudonym of the person who created the cryptocurrency Bitcoin, who till this week, was just a name. Craig Wright, an Australian computer scientist and entrepreneur, who had earlier also been linked to Nakamoto, stepped forward this week with the claim he is indeed the iconic Nakamoto and responsible for starting Bitcoin.

Bitcoin is not just digital or electronic money – there are various other forms of electronic money, including various “wallets” that now available with on-line service companies like Alibaba, Flipkart, Ola, etc.. What makes Bitcoin unique is that it is not backed up by any currency that is guaranteed by a government or a central bank as money. It is created, transacted and verified, all using computational and cryptographic techniques in a completely distributed way. The computers or nodes in the Bitcoin system perform these operations and once agreed by the majority of nodes in the Bitcoin system, are recognised and recorded as valid transactions. Underlying the Bitcoin architecture, is blockchain, perhaps the most overhyped technology today. Bitcoin therefore brings together a number of incomprehensible issues – cryptography, mathematics, computers, and finally the most mysterious of all, money!

Much of the story of Wright being Nakamoto also hinges on computers and cryptography. In 2008, Nakamoto wrote a paper where he detailed how a currency could be created and maintained without a central authority. This money would not be backed by fiat money created by sovereign nations, but would depend on computational power and a distributed set of computers, which would independently verify all transactions. These computers or nodes would also keep a record of these transactions in what can be called a public ledger. Each node of the system would then have a copy of this ledger, and all ledgers would have all the transactions involved, making it nearly impossible to fraud the system. Nakamoto then proceeded to create the first set of 50 Bitcoins, known as the Genesis block, which were signed with his personal key.

The cryptographic part of Bitcoin is quite simple – everybody who either buys, sells in Bitcoin technology, or creates Bitcoins – needs a personal key, a string of numbers known to only the person. The private key pairs with a public key in the public domain, which can then be used to de-encrypt the whatever is encrypted by the paired private key. The Genesis block as well as a set of other initial blocks are known to have been created by Nakamoto, and are associated with his keys. Nakamoto walked away from the Bitcoin community in 2011, handing the running of the Bitcoin system over to others, who were active including Gavin Andresen, the chief scientific officer of the Bitcoin Foundation.

So when Craig Wright claimed he was indeed Nakamoto, the proof of this should have been quite simple. All he had to do was to encrypt any text with Nakamot’s private key and anybody would then be able to de-encrypt and recover the original message with Nakamoto’s public key. Here is where the story gets complicated. This is what is claimed that he did in a private demonstration to Gavin Andresen, arranged by three media organisations BBC, The Economist and GQ, in London. While this would still keep open the question whether Wright had stolen or in some way taken possession of Nakamoto’s private keys, it should have been a convincing demonstration that he indeed possesses Nakamoto’s private keys. Unfortunately, a private demonstration, as distinct from a public one, opens up the question whether Andresen was fooled by some sleight of hand or some clever flimflam.

Wright created further confusion by a post on his blog giving supposedly a proof of his being Nakamoto that cryptographic experts have pointed out is a bogus proof. Wright is also known for making claims – that he had a Ph.D, that he or his company owned certain super computers which were used to create Bitcoin blocks — both of which have been found to be false. He is certainly not the most reliable person in the world, not by a long shot.

So is he or is he not Nakamoto? Why does he not put all doubts to rest by either moving some Bitcoins that are known to belong to Nakamoto or sign a text with Nakamoto’s private key? Both would would show that he is at least in possession of Nakamoto’s private keys. Why then rely on private demonstrations, but not a public one?

While some of the key figures in the Bitcoin Foundation and the community that manages the code and its upgrades have accepted Wright’s claims, there is a lot of scepticism among other experts and cryptographers. Even if he can prove that he has Nakamoto’s keys, it may not put to rest all doubts – Nakamoto and his keys are not identical, but certainly go a long way to establish his claim to Nakamoto.

That brings us to the important point in the cryptocurrency world. Such currencies – or the stash of crypto money — is associated with a key, and not a person. Without the key, there is no access to the money. No government can seize it, and if you lose your key, you also lose your access to the money. It will sit there for all eternity, with nobody who can do any transaction with that money. Effectively, your key is your pseudonym, and in the Bitcoin world is you.

How can a system of money such as Bitcoin be completely de-centralised and not underwritten by a legal system? Bitcoin does it by having a system of nodes which participate in verifying the transactions, and thereby earning some Bitcoins in the process. Fundamentally, Bitcoin maintains a ledger of all transactions in a chain of blocks, therefore the name of the technology as blockchain. Each block contains a set of Bitcoin transactions, and the blocks are chained in a time sequence. You cannot register two transactions with the same set of Bitcoins, as the verification would show you no longer own them. For each block of transactions to be recognised and added to the system, all the nodes simultaneously work on “recognising” this block by embedding the transactions in a computational problem and then solving it. Once one node finds the answer, it is transmitted to all the other nodes, who can verify that it indeed is the correct answer. Once a majority of nodes have accepted the answer, this block is added by all the nodes in the system. The node originating the solution gets a set of Bitcoins for solving the problem.

The beauty of the blockchain system is that while the answer is easy to verify, the creation of the answer is both computationally intensive and has a chance element built into it. The race does not go to the fastest, though you are not even in the race without having powerful machines that today are configured just for solving Bitcoin blockchain problems. The process of creating new Bitcoins by adding new blocks of transactions is called mining in Bitcoin terminology. As machines get more powerful, the difficulty level is raised so that approximately one block is added every 10 minutes. The number of Bitcoins in the system are also limited, as new Bitcoins awarded to miners for adding blocks is going down. The final number of Bitcoins that can be created by this method cannot exceed 21 million Bitcoins.

The heart of the system is the parallel set of ledgers – a distributed public ledger – that cannot be defrauded unless the people either have access to enormous computing power or connive with each other. It does not mean it cannot happen, but only that it is unlikely to happen. As more and more nodes get added to the system, such possibilities diminish. The key element in the blockchain system is that it built without trusting a central authority – a bank, a PayPal or a financial institution which can verify the transactions.

Bitcoins today are being bought and sold, and also used in various transactions by merchants. Will it continue to grow or will it collapse, as it threatened to do at one point, being branded as a failed experiment? In its short life time, Bitcoin has gone up and down like a yo-yo, with prices going over $1,100 for a Bitcoin and coming all the way down to $200-300, all within a few months. If producing them computationally was supposed to make the currency stable, that has not happened: it moves up or down like any commodity and subject to speculative influences like any real world goods or currencies.Disclaimer: The views expressed here are the author’s personal views, and do not necessarily represent the views of Newsclick

However, Bitcoin has shown that it is possible to have a system without any central authority and still maintain a record of who owns what and that transactions being done are valid ones. It is not completely foolproof, but then no system is. It certainly is very robust against fraud. The problem is that with a Bitcoin like system that creates money without the backing of a sovereign nation, are we seeing even further loss of economic control by countries who have already lost a significantly their control over their economies. it It removes even the ability of nation states to control money supply, the one instrument they still have today.

At the moment, the threat is not a real one. All Bitcoins in the world put together at their current market value are worth between 6-7 billion dollars. Compare this to the US which has 1.4 trillion dollars in circulation as currency. The question is whether a set of global giants can get together and bypass the nation states by backing some form of cryptocurrency? Can they get together and use blockchain type solutions to reduce the role of the state even further, not only for currencies but also other areas?

The hype over blockchain – IMF and the World Economic Forum have devoted a fair amount of material over blockchain – is more in the nature of a tech bubble than a real one. Yes, blockchain is a useful technology, but in very select applications that require such distributed solutions. The threat of such technologies are more in the larger longterm assault that earlier finance capital and now digital monopolies have mounted on the nation state.

Finally, if nation states do not want to accept cryptocurrencies, they have a simple solution. They can simply ban it by an international agreement and that will be the end of any such cryptocurrency. What is important here is not how robust the algorithms underlying Bitcoin is, but the political terrain of control of the global and national economies. It is not computers but people who need to decide this issue.

And who is Nakamoto is irrelevant to this debate.