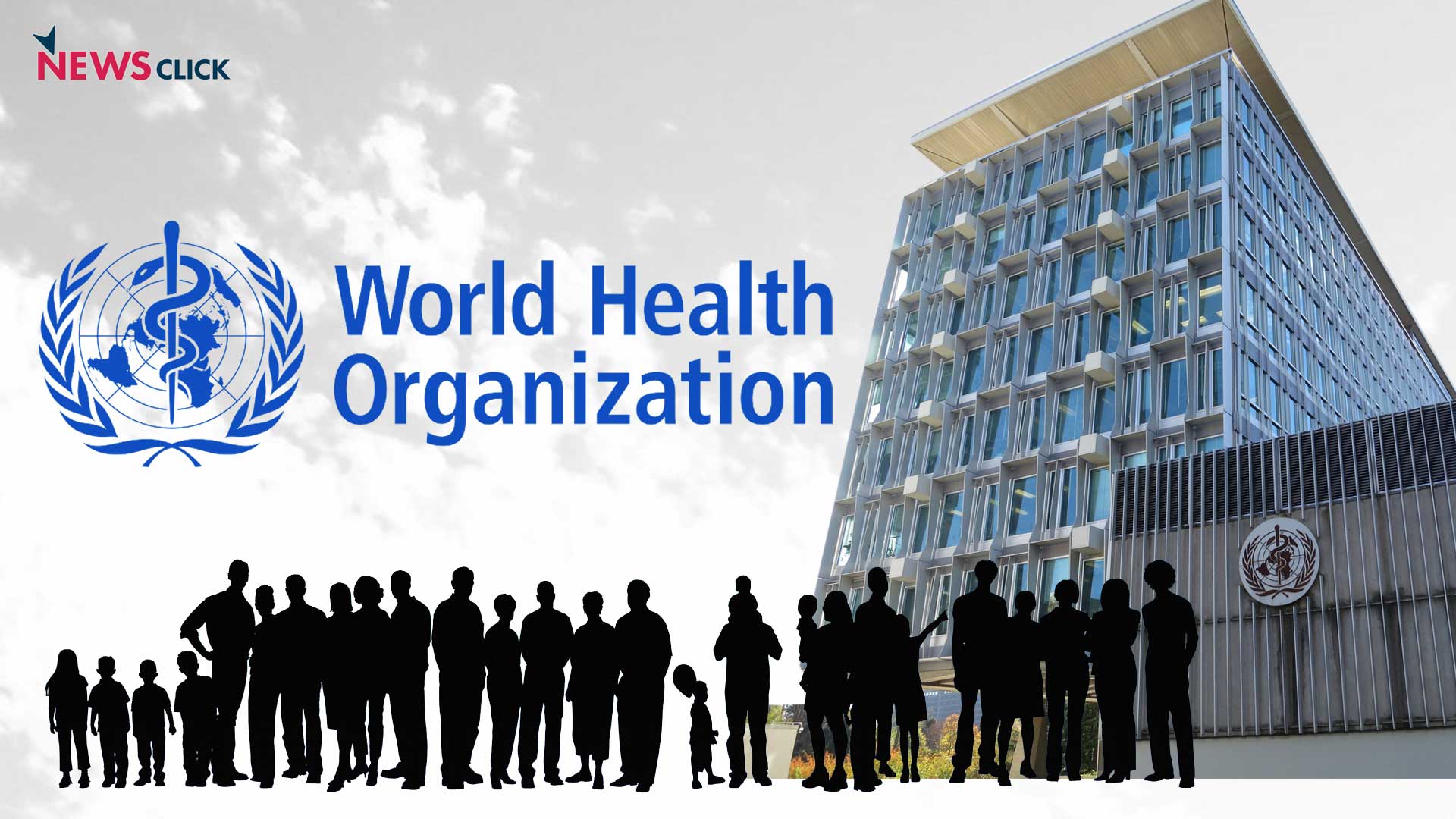 The appointment of Dr Soumya Swaminathan, director general of the Indian Council for Medical Research (ICMR), as a deputy director general (DDG) of the World Health Organisation is a welcome development. She joins Jane Ellison of the UK as one of the two newly appointed DDGs and will be in overall charge of programmes, while Jane Ellison will be in charge of corporate affairs. The WHO elected Tedros Adhanom of Ethiopia as the new director general (DG) at the World Health Assembly in May 2017, to replace the outgoing incumbent, Dr Margaret Chan. Dr Soumya Swaminathan’s appointment is part of the changes in the top leadership of the WHO, being ushered in after the election of the new DG.

It may be recalled that Tedros won a landslide verdict, with 133 member countries voting for him as compared to 50 votes received by David Nabarro of the UK. Tedros’s election was a clear evidence of a virtual tri-continental alliance of low and middle income countries (LMICs). His election was, at least in part, an expression of dissatisfaction by LMICs with the big power machinations that WHO has been prey to, similar to other UN agencies. Over the past decades, the power of the UN system as the principal repository of global governance mechanisms has eroded significantly. The US and its allies have effectively shifted the locus of decision making in global governance to a range of entities, principally private philanthropic foundations (prominently the Bill and Melinda Gates Foundation) and public private partnerships. The intent has been to replace a sovereign country driven process to one where key decisions are influenced by private foundations and corporations. Big power hegemony is further fostered through control of the international financial institutions such as the World Bank and International Monetary fund (IMF), which are not democratic institutions as voting strength in these is determined by the financial power of member countries. The US especially has always been uncomfortable with democratic UN agencies such as the WHO, which operate on the principle of one country one vote, and Donald Trump’s recent pronouncements against the utility of UN agencies are, in fact, a continuation of the country’s long held suspicion of the UN system.

WHO IS BUFFETED BY CRITICISMS

The WHO, in particular, has suffered as a consequence of the changes in global governance mechanisms. It is currently buffeted by criticisms from all sides. The US and its allies criticise the WHO for being ineffective and bureaucratic, allegedly because of its democratic decision making processes. Governments of the South are unhappy with the manner in which the WHO’s role as the principal norm setting organisation on health is often hijacked to suit the interests of rich countries and their corporations. People’s movements and civil society organisations are critical of the WHO’s willingness to embrace the neoliberal framework in its analysis and overall policies. Public Health practitioners are concerned with the deep and continuing erosion of technical capacity within the organisation.

This is the context in which Tedros and his team have the challenging task of resurrecting the lost prestige of the WHO. It would be too narrow a perspective if one were to view Dr Swaminathan’s role in the WHO in terms of how it would affect her home country. Nominally, as a UN official, she should not be expected to further the interests of a particular country. Rather it would be more pertinent to anticipate how her experience of working in India, and her insights into perhaps the biggest public health problem in the developing world “ Tuberculosis, can shape WHO’s future direction.

It would be useful to indicate a desired trajectory for the WHO that promotes the objectives of public health, and addresses power imbalances within the organisation. WHO faces a massive financial crisis that underpins many of its current deficiencies. It has been brought upon by a deliberate freeze in mandated member country contributions to the WHO’s budget. Initiated at the time of the cold war in the 1970s by the US, the freeze on contributions currently translates into a situation where 80 per cent of WHO’s funding comes from voluntary contributions. WHO’s reliance on such contributions means that rich countries, such as the United States and private philanthropies such as the Gates Foundation, are the major funders of the WHO and are able to manipulate the organisation’s agenda to advance a neoliberal approach to health and development. Contrary to common belief the WHO is a moderately funded institution “ its current annual budget is 2 billion US dollars, i.e., approximately Rs13,000 crores (about one-third of India’s annual national health mission budget). Further, currently,  most LMICs  pay very modest amounts as mandated contributions as these were frozen in the 1970s when their economies were relatively much smaller “ India, for example pays Rs 16 crores per annum. Unfortunately LMICs, including India, have been singularly reluctant to press for increase in WHO’s mandated funding as a means to breaking the donor chokehold. Finding a way out of the WHO’s financial crisis is the first challenge which Tedros and his team need to squarely address.

The second serious challenge faced by the WHO is the erosion of its technical competence. Over the years WHO has found it increasingly difficult to retain competent technical staff. This has serious implications for WHO as a norm setting organisation. Often WHO now relies on consultants “ many with links to private corporations, private consultancy organisations and rich country institutions. For much of the regular day-to-day technical work, WHO depends on unpaid interns or poorly paid contractual staff. WHO’s role during the Ebola epidemic in West Africa came into question, and the organisation was put on the docks for not having harnessed technical expertise to effectively forecast the epidemic and provide directions regarding how the epidemic could be contained. If WHO is to regain legitimacy for the technical advise it produces, it is important that the core technical competence of the organisation be rebuilt.

The WHO, especially the secretariat (run from the DG’s office), is also increasingly reluctant to assert its independence and stand up to powerful countries such as the US. Gone are the days of the late Dr Halfdan Mahler, who as DG in WHO, commanded respect across the political spectrum and could push through measures, however unpopular they may be for some countries, which benefitted public health. Thus the WHO has almost abandoned very useful work that it has done earlier, on for example, essential medicines and social determinants of health, and even primary health care, essentially because the US and its allies are opposed to WHO’s intervention in these areas. The WHO shies away from taking what are seen as political positions, especially when these contradict the neoliberal economic framework. Thus it has remained largely silent on contentious issues related to intellectual property rights and trade agreements, both of which have a profound impact on health and healthcare. Currently the WHO is pushing for a model of healthcare services under the broad rubric of universal health coverage which is often premised on outsourcing of services to the private sector and finding a prominent place for the insurance sector. The stark truth is that neoliberal polices and public health are antipodes and allegiance to the former undermines public health. Thus a huge challenge for the Tedros led WHO secretariat is to bring back the public in public health, irrespective of opposition from rich countries.

What is described above can be characterised as the agenda for the South in the WHO. To advance such an agenda will not be easy. A beginning can be made by the new team at the WHO if they are able to embrace the notion that the WHO is a public institution and should be publicly financed and should promote public services. Such a notion contradicts the predilection, unfortunately, of most member countries, who have adopted neoliberal polices “ by force or by choice. The following month will indicate if the candidate of the global South and his team will actually be bold and advance the agenda of the global South, which today also includes the poor and the less privileged in the countries of the North.