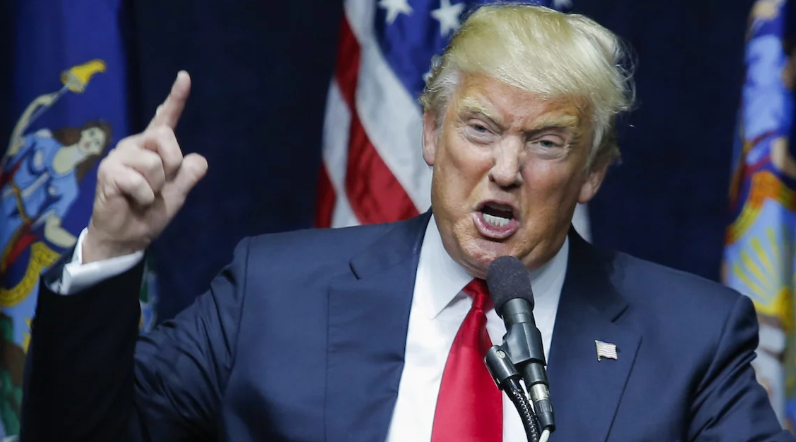 THE US, after walking out of the Iran accord, is now shouting foul as Iran breaches the 300 Kg enriched-uranium stockpile limit of the accord. So does the US expect Iran to live up to the accord while it happily reneges on it? Or is its concept of international accords the playground bully’s version of a coin toss, “heads I win, tails you lose”?

The Iran accord, or the Joint Comprehensive Plan of Action (JCPOA) between six countries signed in 2015 – China, France, Germany, the Russian Federation, the United Kingdom and the United States – brought down Iran’s stockpile of processed uranium from 10,000 Kg to just 300 Kg or only 2 per cent of what it had before the JCPOA – the same JCPOA agreement from which Trump walked out in May last year, calling it a bad, bad agreement.

Those hyping up Iran breaching the 300 Kg limit in JCPOA as a step towards acquiring nuclear weapons capability are simply providing an alibi for the Trump administration’s war mongering. Bolton’s game plan is, and has always been, to beat Iran into total submission: no enrichment, no rocket or missile capability and no alliances or supporting groups or countries in the region which the US and its allies don’t like. This is what the US tried in the Bush years with no success. This is the trajectory that led to Iran continuously building up its nuclear capability – centrifuges, stockpile, reactors, etc. It is the recognition that this was a route to nowhere, or a devastating war in the region, that forced the Obama administration to come to the negotiating table and finally the Iran accord.

The Iran accord though signed between six countries and Iran in 2015, had its major obligations on the US and Iran. Iran agreed to reduce its uranium stockpile, bring down its number of centrifuges to less than a third, and dismantle some of its reactors. In lieu of this, the US agreed to remove sanctions and unfreeze over $100 billion of its assets that the US  – according to Iran – had illegally seized. The US and its allies – France, UK, Germany – had also agreed that they will not reimpose sanctions on Iran, and if they did, Iran had declared in the agreement itself what are the commitments that it would breach. And one of them was that it would not abide by the 300 Kg stockpile limit. To quote the Section 8 of the JCPOA ,

Iran has stated that it will treat such a re-introduction or re-imposition of the sanctions…as grounds to cease performing its commitments under this JCPOA in whole or in part.

Why did Iran choose the 300 Kg stockpile limit as its response to the US sanctions? The US – and this is particularly evil –  has additionally sanctioned on May 3, 2019 Iran’s ability to export low-enriched uranium and heavy water out of the country, which it was doing before the last round of US sanctions. By exporting the extra amount of enriched uranium that it produces beyond its needs, it kept its domestic stockpile limited to 300 Kg. In other words, its breach of the 300 Kg limit is a direct consequence of the US sanctions; or as the JCPOA defined it, “imposing new nuclear-related sanctions.”

The US sanctions not only affects Iran’s ability to pay for imports through export of oil, but also imports vital to its economy.  Under Trump’s policy of maximum pressure, the US sanctions would be imposed on any entity that trades with Iran, a policy to completely strangulate Iran economically.

The sanctions that the US has imposed on Iran are not only in breach of JCPOA but equivalent to a declaration of economic war, and illegal under international law. The International Court of Justice in its judgment of June 27, 1986 concerning Nicaragua vs United States, made explicit that any signatory to the United Nations cannot use economic, political or any other type of measure to coerce another State without the authorisation of the UN Security Council. This is economic warfare, war by other means. As Mr de Zayas, an expert on international law and a former senior lawyer with the UN High Commissioner for Human Rights said in the context of US sanctions on Venezuela,

“Modern-day economic sanctions and blockades are comparable with medieval sieges of towns…Twenty-first century sanctions attempt to bring not just a town, but sovereign countries to their knees.”

The US sanctions are not only without UN sanctions, but in explicit opposition to UN Security Council resolution that endorsed the JCPOA.

The problem that Iran faces is that all countries that do not agree with the US on abandoning the JCPOA, have very done very little to counteract the US sanctions on Iran. Except lip service. Even worse, they have tacitly become a part of the US sanctions regime while criticising it, due to the US stranglehold on the world’s financial system.

The US control of the Swift foreign exchange transaction system is only one element of the US sanctions regime. Even friendly countries face sanctions from the US, as any entity that is involved in the oil trade with Iran – the tankers, insurance companies, the refineries, banks – all of them come under risk of US sanctions. Or if they export goods to Iran.  No European company wants to touch either buying or selling goods to Iran as they are afraid of US sanctions on their unrelated activities. That is why INSTEX, the alternate foreign exchange transaction system that European countries have created, has yet to take off.

This is what the Indian companies also faced last time the US had imposed sanctions on Iran – the State Bank and Indian oil companies were threatened with US sanctions. This time, India not only faces about 10-12 per cent of its oil/gas imports needing to be substituted from other sources, it also means that its exports to Iran would take a big hit. Iran was importing goods from India in lieu of the oil, and this in times when India’s exports are not doing well, is bad news.

Iran had made it clear to the other countries that are signatories to the JCPOA that if they wanted Iran to abide by the agreement they would then have to be willing to buy Iran oil and continue their trade with Iran. Iran needs a range of goods – from medicines, chemicals, machinery – which it pays for with its oil exports.

In a July 6, 2018 statement Para 8, the EU-3 – France, Germany and the UK — committed themselves to uphold their side of the deal:

The participants affirmed their commitment regarding the following objectives in good faith and in a constructive atmosphere:

The EU-3 has failed to match its words with deeds. Iran had put the world, particularly the other signatories to JCPOA, on notice that if they did not take positive steps to trade with Iran, it would breach the 300 Kg stockpile limit on enriched uranium. It has now done so.

Where do we go from here? Will Iran quietly lie down and submit to the US? Will it hunker down, allowing its industry to not modernise and its people to suffer various shortages? Or will it hit back by helping the Houthis with better weapons against the US allies in the region, Saudi Arabia and United Emirates? Will it restrict oil flows through Straits of Hormuz, the world’s biggest choke point that carries 20 per cent of the world’s oil and LNG? What happens if a US drone or a spy plane is shot down over Iran? Are we back to a collision trajectory between the US and Iran which can only lead to again another war in West Asia?

The problem with the European powers, and to a lesser extent all the major non-NATO powers is their passivity on this issue. They seem to be content for it to be a US-Iran issue, never mind its devastating consequence for the world and its economy. This non-intervention of the international community is the key issue that is facing us today. Not just US becoming a rogue hegemon.

Ethanol from Rice: Let them Eat Cake!
D. Raghunandan
After Trump’s Stupid Acts, Can the US and Iran Avoid a Disastrous Collision?
Prabir Purkayastha
Giant Aerospace Merger
Raghu
Modi and Trump Want to Send Us Back to the Stone Age
Prabir Purkayastha
Scroll back to top