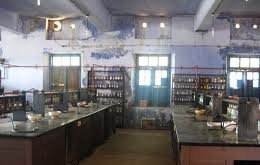 STRANGELY enough, the more lawyers a government has, the more poor are the draft laws it produces. Apart from the still continuing fiasco of the Lok Pal Bill, we have “The Protection and Utilisation of Publicly Funded Intellectual Property Bill, 2008”, “Foreign Educational Institutions (Regulation of Entry and Operations) Bill, 2010” and now “Universities for Research and Innovation Bill, 2012”. Tellingly, three of these Bills have been moved under Kapil Sibal, supposedly an eminent lawyer.

The Universities for Research and Innovation Bill has two objectives. The avowed public objective is to enable a specific set of universities to focus on research and innovation. The second, and perhaps in Sibal’s view, the more important one is to facilitate private capital and foreign universities to set up essentially private universities.

The key issue why Indian science and technology research is suffering from poor quality is because we have divorced the education of students from research. Research is concentrated in only a few educational institutions; the bulk of the funds are allotted to Indian research taking place in Atomic Energy, Defence Research and Development Organisation (DRDO), ISRO, CSIR laboratories. Even the few institutions of research, have been hived off from the university structure and function virtually autonomously with only a small set of students. As a consequence, if you want to do research you either go abroad or work in isolation from the larger student community.

The result is there for all to see. The continuous growth of knowledge via research does not feed into the educational system. That is why we are not producing quality science.

Starving the larger educational system of funds and concentrating money into a few institutions, in an effort to make them world class does not work. What we need is a much larger ecosystem where research and education both feed into each other. It also creates a system that provides science teachers – not only for the university system but also for the schools. Trying to create small islands of excellence within a system that is running down, as the public education system is currently doing in India, will not lead to any fundamental change in the quality of science.

It is this one-sided belief that concentrating funds in a few institutions will lead to world class research is what is reflected in the Universities Research and Innovation Bill. Even if this were to be the belief, it is difficult to understand why do we require a new law? What is there in the existing structure that prevents government from concentrating funds – if it so desires – in a few institutions? Why a new central law?

May be the government believes that UGC and AICTE, the bodies looking after the universities and technical institutions are incapable of looking after research. If that is so, then the urgent issue would be to reform them and not to set up new structures.

In terms of the objective of focussing on research and innovation, the Universities Research and Innovation Bill makes very little sense. Sibal’s desire appears to be to bring in private capital in education – free of all regulations – under the guise of extra funds for research. Along with this, he also wanted to smuggle in two other bills, which he was not able to pass earlier. One is, of course, the Foreign Universities Bill and the other is the Publicly Funded Intellectual Property Bill, both of which have run into various objections.

To address the issue of private research funds, even in the most capitalist of states, namely the US, it is recognised that research has to be publicly funded. 90 per cent of funds for research come from public funds. Nowhere do funds for research come in bulk from private funds. Private research focuses on how to convert public knowledge into private technology. However, without this public knowledge, it is not possible to create the private knowledge necessary for private companies. To believe that private sector will produce public knowledge is to be out of touch with the basic realities of how science is developing throughout the world.

Importing foreign universities through the back-door of research and innovation is, of course, to place them outside all regulatory structures. Clearly, this is the intent of the Bill. If we look at what will regulate such foreign institutions, there is no mention at all of any such structures. Whoever sets up such a university appears to have a complete carte blanche. This is also true of any private entity that sets up a university. All governing structures including academic ones are set up by the entity setting up the university. Neither do such private entities need to show any specific set of criteria they have to meet. This again is at the complete discretion of the government. Further, private entities, even though not bound by any regulatory structure, will also receive public funds and lands as per provision of this Bill.

The other problem with the Bill is a whole set of unworkable mechanisms to be put in place to create “intellectual property” if any public funds are provided. A similar bill – The Protection and Utilisation of Publicly Funded Intellectual Property Bill – was presented to the parliament in 2008. Its provisions were found to be inconsistent and completely out of tune with how research is done and what is meant by intellectual property. After detailed discussions within the Parliamentary Standing Committee on Science and Technology, the Bill was taken back for reworking. Sibal was the minister of science and technology then. Having failed as S&T minister, he was seeking to bring back the same provisions now under the guise of University Research and Innovation Bill.

The Bill also seeks to dilute the provisions of reservation in its intake of students. Whether such a Bill would be consistent with the constitution also remains to be seen, apart from the pernicious nature of such a provision.

This is a bill which will do only harm to the already weakened state of scientific research in the country, apart from further opening the student community to the predatory practices of private capital, which we are already seeing in private medical and technical institutions. Giving them control of entire universities in the name of research and allowing foreign universities to come in a completely unregulated way, defeats the objectives of the Indian educational system. Hopefully, the new HRD minister and the parliament will prove wiser than the former HRD minister and scrap this Bill.