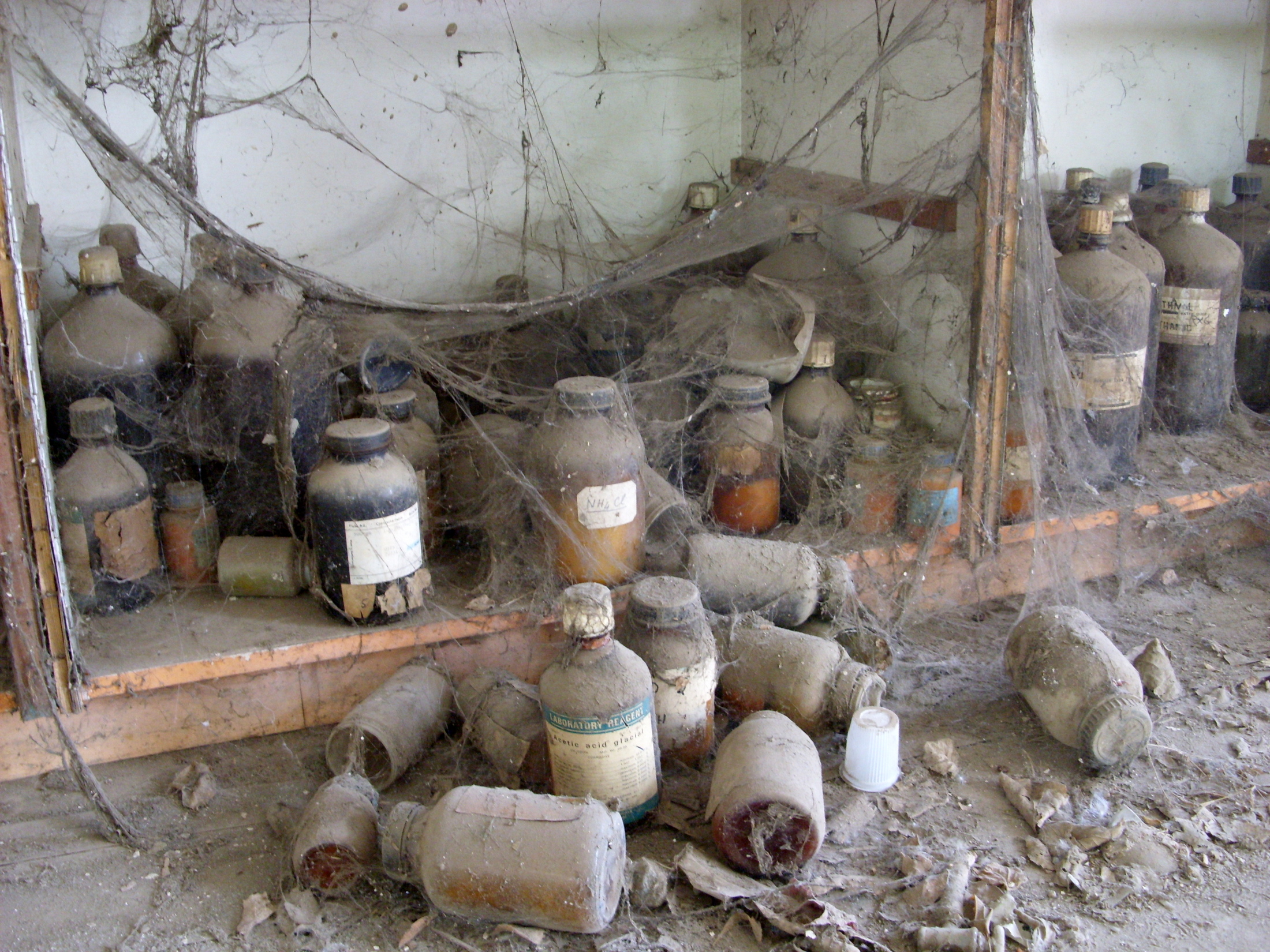 The premise of sustainable development is that it should be non-discriminatory and equitable as well. Discriminatory practices in the name of development have disastrous consequences as the people of Bhopal had experienced at the hands of Union Carbide Corporation (UCC), a U.S. Transnational Corporation (which is currently owned by the Dow Chemical Company, USA).

Are lives of people in developing nations cheaper than the lives of those in the developed world? The problem of inequality and discrimination persists not just because of the North-South divide; it is present in every nation as the establishment versus the non-establishment (or broadly speaking, what may be called the rich-poor) divide. The manner in which these aspects have played out in relation to the Bhopal disaster is a pointer to the path of development that India had chosen.

In the 1960s, UCC used to claim that its aim was to “help make a better life for all of us”. In addition, when it began marketing its pesticide products in India, through its subsidiary, Union Carbide India Limited (UCIL – in which UCC had controlling interests), its slogan was “Science helps build a new India”. UCIL started manufacturing pesticides at its Bhopal plant in 1969 by first importing the highly toxic chemical methyl isocyanate (MIC) from the U.S. Subsequently, in 1978, UCIL began manufacturing MIC at its Bhopal plant. All the while, UCC had assured workers at the plant that “safety at all costs” was its policy. In fact, it preached that: “People Are Our Most Important Asset, Their Safety and Health Our Greatest Responsibility”. However, these claims and assurances turned out to be empty rhetoric.

In the guise of helping build a new India, UCC actually transferred sub-standard technology to India despite having sufficient knowledge and experience about building safer plants like the far bigger and safer MIC unit it had built at its Institute plant in West Virginia, USA, in 1966. The UCC knew that its safety systems such as scrubbers in the Bhopal plant were seriously under designed, specially to handle run-away reactions in the MIC tanks. UCC also violated its own prescribed safety norms by various cost-cutting measure despite the fact that it was to manufacture and store in large quantities (over 80+ tonnes) of the highly toxic MIC in two storage tanks for long periods. Moreover, even the under-designed safety systems – refrigeration system, scrubber and flare tower – were often shut off as further cost-cutting measures.

Finally, the inevitable happened on the night of 02/03 December 1984 when toxic gases from the plant escaped and two thirds of the city’s population (900,000) were exposed to its lethal effects. The poorest sections in the city were the most affected.

The utter callousness with which UCC treated the environment is also alarming. Much after the disaster, it became known that pre-disaster dumping of toxic waste in and around the Bhopal plant had resulted in contamination of soil and ground water over a large area. Intake of contaminated groundwater has created new victims According to a preliminary study in 2010, over 1,100,000 metric tonnes of contaminated soil alone require remediation.

Response of the State

The Central Government appointed a scientific commission to study and report on the scientific and technical aspects of the disaster. The Report of the Commission submitted on 20.12.1985 did point to the defects in design, operation, and maintenance of the plant that led to the disaster. Although, the State Government constituted a judicial commission under a sitting judge of the Madhya Pradesh High Court to enquire into the circumstances leading to the disaster, its impact, and for fixing the onus of responsibility, it was unceremoniously wound up a year later, pre-empting the inquiry. Thus, to this day, the circumstances leading to the disaster, its onus, and its after effects have not been thoroughly investigated.

Moreover, nothing was done to properly assess the number of dead or to identify the injured and to provide adequate medical treatment to them. A voluntary attempt by nearly 500 student and teachers from various schools of social work across India to carry out a house-to-house survey in collaboration with the State Government was not only stopped abruptly after the teams had covered nearly one-fourth of the affected population but also the Administration confiscated all the data that had been laboriously collated. A vital opportunity to collect comprehensive data about the impact of the disaster was thus lost. Instead, victims were asked to file individual claims.

Between September 1985 and February 1989, nearly 600,000 claims were filed for compensation. However, even before the claims were processed and adjudicated, a Supreme Court assisted settlement took place between the Union of India and UCC on 14/15.02.1989 without taking the victims into confidence. There was an underlying reason for the abrupt settlement. The U.S. Justice Department’s decision on 14.02.1989 to grant permission to the Central Bureau of Investigation (CBI) to visit the Institute Plant in West Virginia in response to a Letter of Request sent by the Chief Judicial Magistrate (CJM), Bhopal, did rattle the UCC. If the CBI had managed to carry out the comparative study of the safety systems of the MIC units at the Bhopal and Institute plants, the truth about the adoption of double standards would have been out in the open. UCC was intent on preventing any such possibility.

The terms of the settlement were equally staggering. The settlement for a paltry sum of 470 million dollars was premised on the withdrawal of all criminal charges against UCC and all its officials for all time to come. The settlement was also based on the assumption that only 3000 victims had died and another 102,000 had suffered injuries in varying degree. These were merely imaginary figures of dead and injured since the 600,000 claims that had been filed until then had neither been processed nor categorized. Fifteen years later, in 2004, after adjudicating all the claims (including another 400,000 claims that were filed between 1989 and 1996), the Claim Courts concluded that the dead and injured gas-victims numbered nearly 573,000, i.e., a figure that was FIVE times greater than the one that formed the basis of the settlement! Thus, all that the gas victims (including next of kin of the dead) got was a pittance from the Settlement Fund – on an average, just about $820 each! The Claim Courts too had underestimated the total number of dead (which actually is well over 20,000) & seriously injured in the absence of health records. The Supreme Court of India grievously erred in reaching such an unjust settlement.

Denial of the Right to Information

Medical documentation is in an abysmal state. Even thirty years after the disaster, gas-victims are still waging a determined struggle to procure a hard copy of their complete medical record that would enable them to demand appropriate medical care as well as seek higher compensation based on the gravity of their injury. Eligibility for seeking enhancement of compensation is based on proof of injury; but the very authorities, who demand such proof, deny the gas-victims the means to procure such proof! Gas-victims have suffered damage to their eyes, lungs, nervous system and gastro-intestinal system. Even in 2010, the morbidity rate among gas-victims continued to be around 20 per cent when among the control group it was below 9 per cent. The state of the mental health of some victims is alarming. Moreover, genetic effects are also suspected. About 6000 gas-victims still seek medical treatment every day. Thus, the ICMR, which had discontinued disaster-related medical research in 1994, was forced to restart it in 2010.

1. Ensuring the Right to Equal Treatment: The only way to prevent future Bhopals is by ensuring that TNC’s (as well as domestic industries) are barred from adopting double standards in installation of safety-systems; every effort should be made to ensure that stringent universal safety-standards for each category of industry are adopted and strictly observed. In this regard, it is disheartening to note that the efforts made in this direction by the United Nations more than three decades ago have not yet fructified. The proposal, for example, that “Transnational corporations shall also perform their activities with due regard to relevant international standards, so that they do not cause injury to the health or endanger the safety of consumers…”ii was a remarkable one. If this Code had been in place before 1984, perhaps a disaster like the one in Bhopal may not have occurred.

The fact that the Code of Conduct for Transnational Corporations that was drafted in 1983 has not yet secured the requisite support in the UN General Assembly is very unfortunate. The TNCs and their supporters alone may not be at fault for this undue delay; opposition from domestic industries in the developing world, who are averse to upgrading safety standards to the requisite levels, may also be creating major obstacles. Only concerted efforts by concerned people both in the developed as well as developing world can overcome this unwarranted resistance. It is hoped that the Office of the High Commissioner for Human Rights along with other concerned sections within the United Nations would use all their influence to ensure that the UN adopts the Code of Conduct for Transnational Corporations at the earliest. Domestic industries in the developing world, especially those handling hazardous substances, should also be covered by a similar code. A universal emergency response protocol is required as well and it should include plans for proper documentation and medical surveillance of the affected.

2. Ensure Right to Safe Environment: Remediation of the contaminated soil and groundwater in and around the Bhopal plant is essential to safeguard the health of the people of Bhopal. The undue delay in de-contaminating Bhopal’s environment is inexplicable. The requisite technical know-how and the wherewithal for remediating Bhopal’ contaminated environment is, for example, available with the United Nations Environment Programme (UNEP). As far as the costs of remediation is concerned, the ‘polluter pays’ principle will of course apply. However, concerning the urgency of the cleanup, the Government of India should first meet the costs and subsequently recover the entire expense for the cleanup from the Dow Chemical Company, USA, which is the presently owns UCC.

3. Ensure Right to Information: Every gas-victim has a right to his / her complete medical record. Unfortunately, the ICMR and the State Government have failed to take sufficient steps to maintain proper medical records of gas-victims. Thus, while the ICMR and the State Government were directed repeatedly by the Supreme Court since 2001 to computerize and network the medical records of all hospitals and clinics treating gas-victims, they have done little in this regard. As a result, gas-victims have been denied a copy of his/her complete medical record, which effectively denies the gas-victim not only appropriate treatment but also adequate compensation in terms of the degree of injury. It is high time this gross injustice is set right without further delay.

(An earlier version of the paper presented at the Right to Development Anniversary Event organised by the Office of the High Commissioner for Human Rights, United Nations Organisation, Geneva, on 02.12.2014, the eve of the 30th anniversary of the Bhopal disaster)