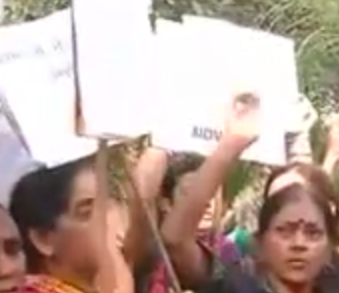 The shocking incident in Chhattisgarh, where thirteen women died and many more fell severely ill after undergoing an operation for female sterilisation (tubectomy), shows a mirror to all that is wrong with the public health system in India. The episode is also a clear indictment of the entire population control agenda of the Indian government, which has, for decades, been characterised by targeting and coercion of poor women and gross rights violations.

For decades, in spite of protests to the contrary, the principal method of population control, which the Indian government has promoted, is tubectomy. The procedure is not very complex, and in trained hands and given proper hygienic conditions, should not involve any major complications. The procedure for tubectomy (or tubal ligation) that is currently followed, involves insertion of a pencil-thin tube called the laproscope, through a small incision in the abdomen near the navel. The surgeon can visualise the internal contents through the laproscope. Under direct vision through the laproscope, the surgeon then uses a special device to tie the two fallopian tubes (which allow the passage of the egg into the uterus). This procedure, by not allowing the egg to travel into the uterus, prevents it from being fertilised by a sperm.

While the procedure is safe, it needs to be done by a trained person in aseptic conditions (i.e., where infections are prevented) that one would normally expect in an operating theatre (OT). Over 6 million such female sterilisation operations are done every year in the country. Data indicates that, of all those who practice some form of birth control (both men and women), 65% undergo female sterilisation, 2% undergo male sterilisation (known as vasectomy), 3% use some form of an intra uterine device (IUD – where a device is inserted into the uterus and can be removed based on need), 8% use a contraceptive pill (used by women only), 10% use condoms (males) and about 12% resort to other traditional methods.

Several issues stand out from the data on birth control in India. First, over 3/4th of the load of birth control falls on women. Second, over 2/3rd of the people use a terminal method, i.e., sterilization, which is very difficult – and at times almost impossible – to reverse. Third, if we only look at sterilisation, almost 97% is performed on women. This is so in spite of the fact that male sterilisation is much easier to perform, involves much lower training requirements for those who perform the procedure, and the potential risks are much lower. In the case of tubectomy in women, unlike in vasectomy, an instrument is inserted into the abdominal cavity, and accidental complications like rupture of vital organs and internal infections are a possibility in the absence of due procedures and precautions. We will turn to later, on the reasons behind the inordinately high use of tubectomy as a birth control measure.

Bilaspur Tragedy: Not An Isolatyed Instruments

The Bilaspur tragedy is not an isolated incident, but a particularly horrendous example of several such episodes that have taken place in the past. Let us examine the circumstances under which the deaths took place. The tubectomy camp (to sterilise women) was organised in Takhatpur Block of Bilaspur District on November 8, 2014. 83 women were operated upon in a span of 5 to 6 hours. The camp was organised in a derelict private facility, with no permanent infrastructure for maintenance of aseptic conditions. The procedures were conducted in complete violation of the Supreme Court orders (Ramakant Rai Vs Govt. of India, 2005 and Devika Biswas Vs Govt. of India, 2012) which mandate that no more than 30 operations can be conducted in a day. The order further mandates that 2 separate laproscopes should be used, so that after each operation the laproscope is properly sterilised. The court order also specifies that only government facilities should be used and a single doctor should not do more than 10 operations in one day.

The chief minister of Chhattisgarh is believed to have remarked in a particularly cavalier fashion, that the health minister need not resign as he had not performed the surgery. The remark is illustrative of the callous and negligent attitude that successive state and national governments have had towards healthcare in general, and women’s health in particular. There is an orchestrated attempt to project the Chhattisgarh tragedy as an isolated incident, and blame is sought to be transferred to particular individuals. An impression is being created that the fault lay only with the particular surgeon involved and some health department personnel. Doubts have been raised about toxic contamination of medicines administered to the women, and proprietors of the pharmaceutical company that manufactured the medicines involved have been arrested.

The exact cause of deaths remains unknown as we go to Press. However, what needs to be understood is that the deaths occurred because of systemic negligence and failure. The government of Chhattisgarh cannot shirk responsibility for allowing the sterilisation camp to be operated under conditions that totally and absolutely violate all directions, guidelines and norms. The camp in Bilaspur was not the only female sterilisation camp being conducted in the state. In fact, it was representative of the appalling conditions under which such camps are conducted in most parts of the country. It was not an individual doctor or a few officials who decided to conduct the camp in an abandoned and derelict facility which had no infrastructure to maintain hygiene and aseptic conditions. Specific individuals who were immediately responsible need to be punished if found guilty. But that does not absolve the public health system in the state, and people at the highest levels of government. They are guilty of perpetuating a system that is negligent, callous and insensitive.

Importantly, it is necessary to underline that this is not an issue that only involves the state machinery in Chhattisgarh. The ‘camp-based’ approach to female sterilisation and population control is part of the central discourse of the country’s health and family welfare programme. The central ministry of health has done scant little to respond to the tragedy, except to send a team of doctors from AIIMS who are believed to have spent just a few hours attending to those affected. This in itself is symptomatic of a particular approach to healthcare – that it is even conceivable that the only response necessary is to fly in and fly out a few specialists from Delhi. But beyond that, the ministry in Delhi has very quickly joined the chorus of all those who are saying “it is not our fault”. What they also mean, but do not say is “it is not our problem”.

The ministry claims that it no more sets targets for tubectomies and hence cannot be blamed for over zealous state government officials. While technically true that official documents of the ministry do not set targets for sterilisation (as in the past), the focus of the ministry continues to be guided by a population ‘control’ approach that targets women. Not just women, but women from poor communities, from dalit and adivasi families. The data we provided earlier is clear evidence that the gaze of the population control agenda in the country is fixed firmly on poor women. What else explains the pre-dominance of female sterilisation as the preferred mode of population control in the country. A primary portion of incentives that ASHA workers receive is based on the number of ‘cases’ of sterilisation that they can motivate. All state governments promote the ‘camp approach’ and the central ministry is obviously quite happy for that to happen.

The Chain of Coercion Must Be Disrupted

The fact of the matter is that policy makers at the highest levels subscribe to the view that the path towards ‘development’ has to include, as a priority, the control of women’s fertility. The mindset of the elite and the middle classes in India is articulated by our policy makers. They make no qualms in declaiming that the poor breed prodigiously and thereby consume the country’s resources and act as a barrier to progress. Nothing, actually, can be further form the truth. Evidence from across the world and even from the differential situation in states in India is clear. As has now been repeatedly articulated: “Development is the best contraceptive”. The poor and the marginalised have more children because, often, children are their only assets and insurance for the future. Demographic transition, i.e., a shift to a situation when the birth rate starts falling and starts approaching the death rate, happens when countries reach a level of economic and social development. That is what our ministries of health should be concerned about. 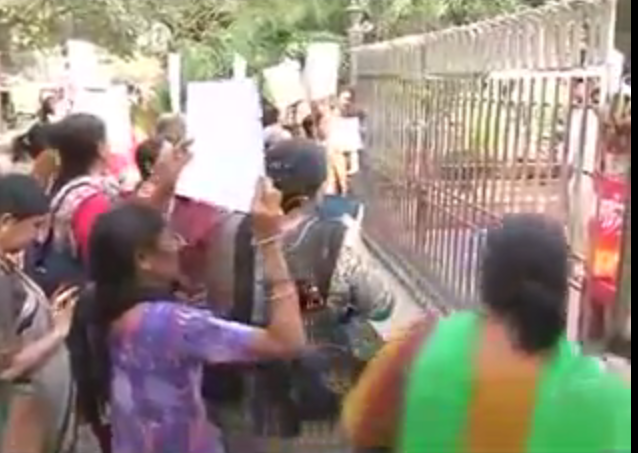 The public health system is a scandal in many parts of the country – a function of gross under-funding and poor planning. Yet this crumbling public system is systematically used as vehicle for promoting illusory population control goals. Women rarely receive care through the public system for a range of illnesses that they suffer from. Yet the system spends enormous resources only to control their fertility. Gynecologists are absent from their posts in district hospitals in many parts of the country as they are busy touring the state, conducting tubectomy camps. Health workers such as ASHAs and ANMs are instructed that their primary work is to herd women into sterilisation camps. And then officials blithely turn around and tell us that they are attending to the ‘unmet needs’ of women by promoting tubectomies. The other part of this sordid story is that the public system is unable to cope with the flow of tubectomy patients that its own system creates. So in Bilaspur, the camp had to be conducted in a previously abandoned private facility.

The mainstream discourse in health policy making is that tubectomy is the first choice among women. Where is the evidence for this? Women’s health suffers because of multiple pregnancies. They represent the last link in the chain of coercion – from the elite policy makers in the country, to poor and marginalised communities and finally to the women in these communities. Her vulnerability and her health needs are turned into a virtue and named as the ‘unmet need’ of women themselves! Women need free access to a range of contraceptive measures, as part of their health needs, not as part of any societal goal that seeks to target their fertility. There is almost no attempt to provide women a choice as there are no coherent programmes that inform women about choices available and also provide access to them. Neither are there attempts at promoting male responsibility and the attendant focus on use of condoms and vasectomies. In the absence of these enabling mechanisms, the constant and repeated focus on the so called ‘unmet’ needs of women for tubectomies, is to make a mockery of the conditions in which women live, work and die. The mere absence of the word ‘targeting’ means nothing when all our population control policies single out women as the principal targets of population control measures.

The tragedy in Chhattisgarh was waiting to happen. It will happen again…and again. It has already disappeared from the front pages of the media and shall disappear soon from the inside pages. The women’s movement in the country and the health movement has its task cut out. Those responsible for the deaths in Chhattisgarh need to be made accountable. For this to happen, it is necessary that the entire fabric of our population control policies be questioned. Let there be an informed public debate on the inhuman nature of tubectomy camps all across the country. The half truths and lies about population control need to be nailed.