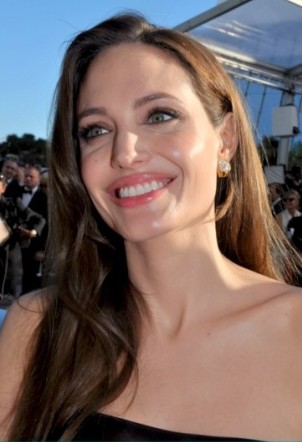 Angelina Jolie’s Op-Ed piece in the New York Times (May 14, 2013) stating why she had a double mastectomy (or breast removal) has created a media sensation across the world.

Jolie is an icon and her body is an important element of her appeal; therefore her decision and its consequences are clearly of great public interest. While commentaries and TV programmes have focussed on breast cancer detection and what kind of medical intervention should or should not be done, what has slipped the world’s attention is that one particular company – Myriad Genetics – completely controls not only all diagnostic tests but also all research for this particular form of breast cancer. Myriad has effectively locked up two genes – BRCA1 and BRCA2 – that are a part of our bodies; we may carry the genes, but according to the US Patent and Trademark Office (USPTO), Myriad owns them including all their variations!

Jolie does mention in her Op-Ed, “It has got to be a priority to ensure that more women can access gene testing and lifesaving preventive treatment, whatever their means and background, wherever they live. The cost of testing for BRCA1 and BRCA2, at more than $3,000 in the United States, remains an obstacle for many women.” What she does not clarify is that the entire gene sequence in our bodies – all 23,000 genes can be tested for $1,000 today as against $3,000 charged by Myriad for just testing two genes. If more women have to be tested, Myriad’s patents on these two genes stand in the way.

Not surprisingly, Jolie’s action has given enormous publicity to genetic testing for inherited breast cancer. It has also boosted Myriad’s share value – it is up by 4 per cent already. 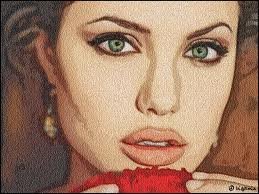 The BRCA1 and BRCA2 genes have the ability to suppress cancer producing cells in the breast and ovaries. If these genes are faulty, the chances of breast and ovarian cancer rise sharply. Normally, there is no need for any such gene testing. But if there is a history of hereditary breast or ovarian cancer in family members over two generations, then such tests are advised.

The costs of these tests have gone up from $3,000 that Jolie stated to $4,000 recently, despite all evidence that gene sequencing costs have dropped drastically. In the US, no other agency can conduct these tests. Much better tests and at much lower costs are available; but as long as Myriad holds the patents on BRCA1 and 2, no such test can be conducted anywhere in the US.

Consider the consequences. A woman considering radical mastectomy or removal of ovaries and possible ability to have children, cannot get a second opinion through another test. And if she is not covered by suitable insurance in the US, the cost of the first test itself may be out of her reach. Life versus profits, these are the stark choices. And in the US, till now profits have trumped over life.

Myriad did not get a patent for inventing the diagnostic method for identifying these two faulty genes; they instead patented the specific gene sequence of BRCA1 and BRCA2 as found in our bodies. And Myriad is not alone; the USPTO has given patents for a very large number of genes in the human body, estimates varying from 20 per cent to 40 per cent. According to USPTO, we are walking repository of other peoples’ patented material and if we want to know what we are carrying, we have to pay huge sums to Myriads of the world who hold these patents.

Incidentally, for all those arguing for greater incentive for private research and therefore such private monopolies, Myriad did not discover the BRCA1 and 2 genes. This discovery was done by the University of Utah with public funds, who then transferred the rights to Myriad Genetics under the infamous Bayh Dole Act, effectively privatising publicly funded research.

The American Civil Liberties Union (ACLU) and Public Patent Foundation (PUBPAT) filed a lawsuit in 2009 – Association for Molecular Pathology et al Vs. USPTO, Myriad Genetics and others – on behalf of researchers, women patients, cancer survivors, women’s health groups, geneticists, pathologists, laboratory professionals, etc. The New York Federal Court ruled in 2010 that the patents on BRCA1 and 2 were invalid. The Federal Appeals Court, which has been very pro-patent and widely criticised for the major distortions that have taken place in the US patent system, overturned the decision of the lower court and upheld the Myriad patents. The US Supreme Court heard the case in appeal in 2011 and vacated the Federal Court judgement but sent it back to the Federal Appeals Court for review. The Appeals Court in 2012 again gave virtually the same judgement, upholding the patents. ACLU and PUBPAT appealed to the Supreme Court again, this time arguing against gene patenting itself. The case was argued before the US Supreme Court on April 15, 2013 and a decision is expected some time this summer.

Obviously, this case is of enormous importance. Monopoly of gene sequences, if accepted, would not only impose huge costs on patients but also be a serious brake on research.

Though gene patenting is by no means universal, many countries including India do not accept such patents, it has two consequences for the rest of the world. One is the obvious pressure of the US and its lobbies arguing that other countries should provide the same patent protection that is available in the US; the other is that if serious research is impeded in the US, it slows up the whole chain of research as the US is still the most important motor of the world’s knowledge development.

The side arguing for stronger patent protection consist of biotech companies and those sections in the US who believe that since the US is no longer a manufacturing power, its only hope of future dominance comes from its ability to generate new knowledge and earn monopoly rent out of it. These are the interests who are pushing for a strong patent and copyright regime.

Fortunately, life form patents and gene patents are not universal. The Indian patent law has a specific provision 3(j) that excludes from patentability of plants and animals in whole or in part other than micro organisms. This would preclude gene patenting. In the European Union (EU), the European Patent Office (EPO) has interpreted the patent provisions similarly to the USPTO though with certain restrictions on life form patenting. However, the individual country laws still prevail over the EPO’s interpretation and the state of gene patenting remains uncertain in the EU.

How did this travesty of the patenting system start in the US? After all, patents were supposed to be for human inventions and it was always held in law earlier that mother nature and knowledge of natural laws, mathematical algorithms, etc., cannot be patented. Thus discoveries could not be patented, while human inventions could. This started to change in 1980’s. The first case of life form patenting was Diamond vs. Chakrabarty, in which the US Supreme Court overturned the USPTO’s decision denying a patent for an artificial oil-eating bacteria that Chakrabarty, a microbiologist, had developed. The USPTO had conceded that though the oil eating bacteria was novel, as it was a life form, it was not patentable.

Even though the Chakrabarty case allowed for life form patenting, it was still limited to artificial life forms. Various genetically modified organisms could be patented after this decision, but it still was restricted to only artificial life forms. The key change came when USPTO started to accept patents on genes based on its isolation from the natural sequence. It means that if we cut a specific gene sequence out of a much longer sequence, it can now be treated as novel and subject to patenting. James Watson, one of the discoverers of the gene’s double helix structure, in his affidavit in the US Supreme Court, called this “lunacy”. After all, if the gene sequence after isolation and within the body, codes for the same set of proteins, how can we treat the two as different?

ACLU’s challenge in the Supreme Court does not challenge life form patents but only patenting of naturally occurring genes. The larger issue of life form patenting is outside the scope of the current case. However, the stakes of even this limited challenge is enormous for both sides – the people and scientists on one side and the corporations seeking monopoly over knowledge on the other. The US Supreme Court has recently corrected some of the most obvious distortions of the patent regime that even the high-tech industry in the US were finding problematic. It remains to be seen whether Court will stop this lunacy of gene patenting as well or continue with the private loot of publicly generated scientific knowledge.