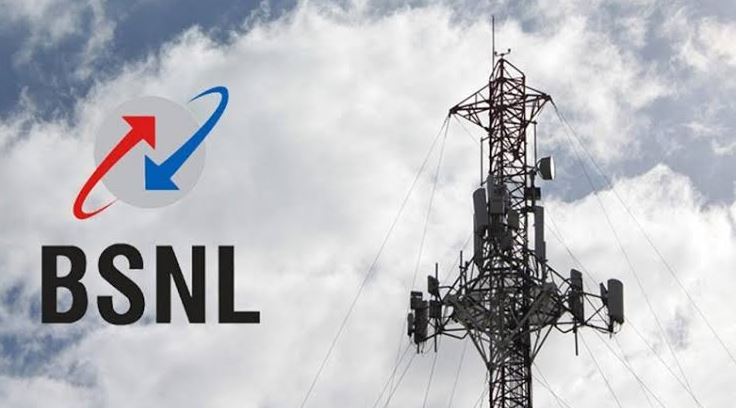 THE major private operators, along with the State run operators in the telecom sector, are currently reeling under a three year price war with Reliance Jio. This has hit their profitability, with Jio buying its entry into the market with very low call and data charges. This has been compounded – in the case of the private operators – by not honouring the obligations of paying their license fees as a percentage of their revenue. After the Supreme Court order to pay Rs 92,000 crore as license fees, it has created a crisis for these companies. This Rs 92,000 crore is apart from the spectrum usage charges, which amounts to another Rs 41,000 crore, compounding the crisis.

The business papers are awash with tears for the plight of the poor telecom private players who are now being forced to shell out these huge amounts when they are already in deep financial trouble. What they forget to mention is that the amounts over which these disputes rose, were much smaller initially. The original amount was only Rs 23,000 crore, the rest of the Rs 92,000 crore being penalties and interest charges on the unpaid amount. Even this Rs. 23,000 crore was accumulated over decades by not paying a small fraction of their revenue each year as license fees. This was trying to use clever – now shown to be too clever by half – accounting tricks with which the Department of Telecom (DoT) did not agree leading to the dispute.

Instead of resolving this issue quickly, the private players first went to Telecom Dispute Settlement Tribunal, and then to High Courts, finally to the Supreme Court. All of this over what constitutes the adjusted gross revenue, of which they had to shell out a small percentage. From an accounting standpoint, they did something worse. They made no provisions in their balance sheets for these disputed amounts, meaning they deliberately included the unpaid (or disputed amounts) in their profits so that when they float shares in the stock market, they would look much more attractive. So a big part of their dazzling success story was built on deliberately withholding legitimate dues on account of license fees, and hiding these obligations from their shareholders.

Of course, as it always happens, if the private players get in trouble, it is always the people who have to bail them out. The money is often siphoned off by the private players through over-invoicing for capital goods and the difference transferred abroad into tax havens; services taken from the “founders” of other companies; and a variety of “smart” accounting practices, so that if the proverbial shit hits the fan, the only losers are the banks and the general shareholders; and of course the subscribers of Airtel and Idea-Vodafone, the two major private players whose services are all but collapsing now.

Just to put these figures in perspective, it is widely being discussed that the telecom sector loans from the banks are of the order of Rs 7 lakh crores, a significant part of which will turn into NPAs if the government does not bail out the telecom companies.

Not that there are no winners from this telecom crisis, even if it is largely self imposed. Reliance Jio entered the telecom business late, and had the advantage of leap frogging technology. It went straight to data as the primary telecom business of the future, which would subsume voice, as well as messaging, both of which are clearly legacy businesses. Today, we can carry voice and messages as mobile data, while the reverse, using voice services for mobile data is much less efficient. Secondly, Jio has huge profits and accumulated capital from its petroleum and gas business. It is this capital it has used to fund its initial foray into telecom. As a consequence, its share of the accumulated dues that the telecom companies have to pay due to the Supreme Court verdict is a measly Rs 13 crore, as against Airtel’s and Vodafone’s about Rs 22,000 crore and Rs 20,000 crore respectively. And it has very little loans, as the infrastructure has been largely created by other Reliance companies.

The mess in telecom has been in the making for a longtime. The revenue sharing scheme, the cause of the current mess started during Vajpayee’s tenure and after his loss of majority in 1998. His caretaker government introduced this revenue share scheme. This allowed the private players, instead of the lump sum license fees that they had agreed to in the 1994 auction of licenses, to pay a share of their revenue as license fee. The Delhi Science Forum –through this author – had challenged this decision of the government in the Delhi High Court. We had argued that the private players had secured the licenses with the full intention of not paying the license fees, and then hold the government to ransom, thereby diluting the license terms. The Court never gave a verdict on this case, and it still must be languishing in some judicial vault for such near-dead cases.

The issue of high initial license fees was “resolved” by the government by first fixing the license fee as 15 per cent of AGR, then bringing it down to 12 per cent, 10 per cent and 8 per cent for A, B and C type circles respectively. It was then brought down to 8 per cent. Having tasted blood – that the license-permit raj had now become license-to-loot  raj – the telecom companies started a dispute of what should be included in Adjusted part of the Gross Revenue (AGR); even though the license issued by DoT had clearly stated what would and would not be included in these adjustments. The Supreme Court verdict simply points out that a license issued and accepted by the company is a contract, and one party cannot post facto – after the fact – reinterpret the contract terms. The verdict reiterates that the adjustments as defined in the license have to be fulfilled, and anything that is explicitly included as a part of the Adjusted Gross Revenue calculations in the license has to be paid as license fee.

What now for the telecom sector? It is now clear that the price war in the telecom sector is over and we now have a clear cartel of three major private players operating together to jack up prices. They have raised the price of calls in tandem for both voice and data after this judgement, while the government ponders over what further relaxations they require to survive the self inflicted wound of non-payment of full license fees. The announcements of all the private players have come on the same day; and though there are some differences in tariffs, they are all of the same order. This is clear collusive behaviour. Jio has now emerged as the market leader with its share of subscribers overtaking Airtel and IdeaVodafone. With its financial clout, it will now set the terms for the other two private players.

BSNL and MTNL, the State run companies are in deep financial trouble with the government – and this is successive governments – running them to the ground and forcing them to offer benefits to private players. But if they also fold or follow in the path of Air India, the people will have no protection from the new telecom cartel that has now emerged from the price wars.

We will examine Jio’s telecom business separately as it deserves an independent treatment. Its business model has been to use its huge cash reserve from other activities to create a new monopoly. It is banking not just on telecom subscribers, but on other businesses that it wants to build on this infrastructure. It is planning to leverage its telecom infrastructure to create a new data and entertainment monopoly – Netflix meets Amazon and Google – a new data monopoly that is built on its underlying telecom monopoly. This is the threat it poses to our future, that all our interactions with the outside world will pass through Jio. We will increasingly live through Jio. But that is a story for another day.