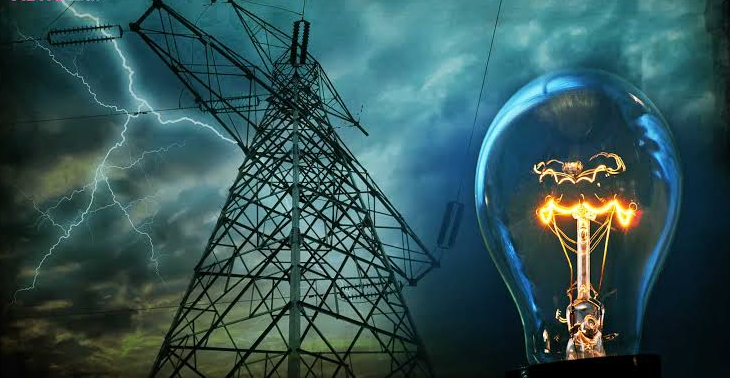 THE problems of the electricity sector have grown with the neoliberal reforms of the sector that started from the 90’s. The Enron style reforms introduced high cost private power into the grid in the 90’s, followed by the Electricity Act 2003, which virtually de-licensed generation and abolished planning of the power sector. We now have the new proposal of separating what is called “carriage from the content”, which shorn of this new English, means that electricity flowing though wires will be owned by separate entities than the one owning the wires. In other words, electricity traders that do not produce will buy electricity and “supply” it to the consumers through wires owned by others. They will make profits, while the generator or the owners of the wires make losses-truly a trader friendly policy.

If we look beyond the English, all these measures are to convert electricity as energy to a commodity that can be bought and sold through markets. The problem with markets is that it does not work for infrastructure sectors, least of all electricity sector. Markets fail in sectors that have large investments and long gestation. In the electricity sector, we have the further problem of always needing to balance demand and generation at all times, as electricity, unlike other commodities, cannot be stored. All these demand that the electricity sector requires planning and long-term investments, and therefore the role of the state.

One of the failures of the Electricity Act, 2003 is by delinking planning from licensing of generation companies, a large number of private generators entered the sector without any need to show where and how they would sell electricity; or examining the larger question how much additional generation do we actually require. One consequence of this unplanned growth is that the generation created was far in excess of actual demand. As a consequence, the plant load factor, the amount of time a large generating plant runs, has fallen from 70-75 per cent in the end of 90’s to low 50-55 per cent today, a huge loss as idling or wasted resource.

The central government also made easy money available to the generators during this period, forcing public sector banks to provide easy loans to Ambanis, Adanis, Tatas, Birlas, etc., all of which are facing financial crisis creating a huge overhang of NPA’s for the banks. It is the banks that are taking a huge hit to their balance sheets, now needing bail-outs from the public exchequer. In other words, we, the people of India, first provide capital to private big capitalists through our savings in the banks. When they sink or siphon off the money through clever book keeping, we take the losses and bail them out by writing off their debts from the public exchequer, i.e., from our taxes. A classic case of privatising profits and socialising the losses,- the hall mark of “good crony capitalism”.

This has been further compounded in the way renewables have been inducted into the grid. Again, private generators have been given incentives through easy and cheap loans subsidised by the public exchequer. Or with Enron like contracts, which forces the state distribution companies to take costly renewable for the next 20-25 years. One classic example of such long term is the Enron like contracts of the Gujarat government, when Modi was the Chief Minister. Indian Express reports (November 28, 2019) that Gujarat energy minister, Saurabh Patel in a written answer to the Gujarat Assembly said that the Gujarat government bought solar power at a rate of Rs 15 per unit from 42 different entities as per Power Purchase Agreement (PPAs) signed with them. The largest supplier of this private solar power was Adani Power Limited. In this same period, it bought solar power at the rate of Rs 4.50 per unit from Solar Energy Corporation of India Limited, a company under the ministry of ‘new and renewable energy’.

The distribution companies, under the guise of encouraging renewables, have been forced to take costly wind and solar power and run down or idle their own coal-fired plants. Further, if they have fixed off-take guarantees through contracts with central or private generators, they have to pay the fixed costs for power they could not take – almost half the cost of power – for inducting such renewable power into the grid.

The issue here is not encouraging renewables. Of course any new source of energy will have high costs initially, and needs to be subsidised. The issue here is, it is the state governments and the consumers who are bearing this cost, with the central government only creating the policies that favour crony capitalists with no responsibility for its consequences on the states or the consumers.

One additional element in the Indian scenario of failure of market reforms in the electricity sector is that in India, distribution is entirely the responsibility of the states. The central government uses electricity reforms as a method of transferring the entire losses of the sector to the distributors, who are ultimately responsible for supplying electricity to the people. It is the state governments that owns the distribution companies, and have to face the people’s anger if the electricity is either not supplied, or supplied at high cost.

The electricity sector policies are used by the centre in two ways: a) to help private capital enter generation by subsidising them through core sector lending from public sector banks b) force state governments to subsidise the consumers through loans from the central kitty. These loans from the central government increase their dependence on the centre, and force them to accept further capital friendly policies at the expense of the people.

The failure of the last 30 years of these market reforms in the electricity sector have only led to a bigger crisis. The debts of the electricity companies – both privately owned generation companies and state-owned distribution companies – now threaten banks and the fiscal stability of the state governments. The biggest NPA’s of the banks stem from the power generating companies. The biggest cause of the deficit in the balance sheets of the state governments is the continuous bleeding from the losses of the distribution companies. But all of this has not produced any re-thinking of the electricity sector as a whole – from generation to the supply of electricity to the consumer – while continuing to try one failed reform after another. Crude ideology of markets knowing best is introduced in spite of repeated failures to the contrary.

We cannot understand the electricity sector and its policies unless we understand the purpose of the policies. The original Electricity Act, 1948 drafted by Ambedkar, spelt this out clearly: it was the duty of the state to provide electricity to all its citizens at an affordable cost. Electricity generation and distribution was not for making profits but to fulfil this primary objective. From the 90’s, the only objective has been to promote the interest of private capital and help them make profits. It is the original vision that development must be equitable that we have to bring back to the people, as opposed to the current vision of crony capitalism espoused by successive governments.