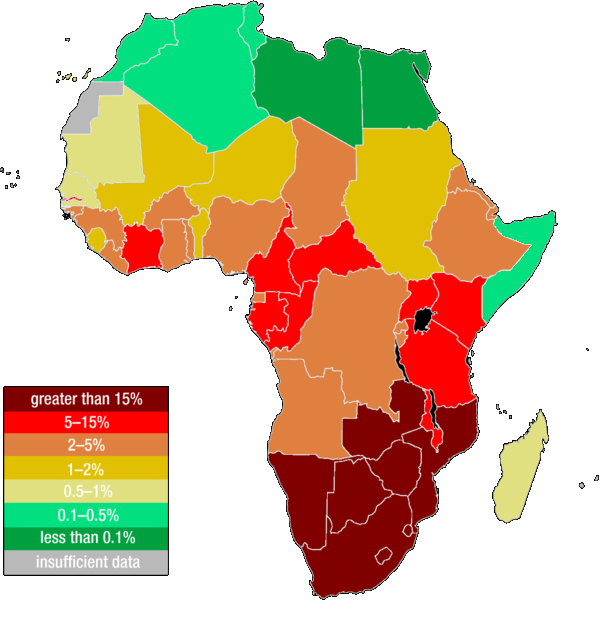 A few days back, the Health Minister of South Africa, Dr Motsoaledi, characterised an elaborate plot hatched by large multinational drug companies as “genocide” and a conspiracy of “satanic magnitude”. He was referring to public disclosures of a detailed plan to derail proposed reforms of South Africa’s patent system.

The attempt by drug companies to sabotage the reforms was made public by, among others, a US based public interest organisation – Knowledge Ecology International (KEI). KEI revealed that they had in their possession a ‘leaked’ email which detailed the strategy that was being pursued by the pharmaceutical industry. KEI’s revelation comes in the wake of a story published by the Mail and Guardian, a newspaper published from South Africa, on 17th January. In its story, the paper alleged that the Innovative Pharmaceuticals Association of South Africa (IPASA) – a front organisation of MNCs in the pharma sector in S.Africa – and the US-based industry body PhRMA (the Pharmaceutical Researchers and Manufacturers of America) engaged a consultancy firm to subvert the South African intellectual property law reform process. The leaked email in question was sent to IPASA members on January 10th by Michael Azrak, the Managing Director of Merck Southern and East Africa and Head of IPASA’s Intellectual Property Committee.

The consultancy firm hired by lobbyists for the pharma industry in South Africa and their counterparts is called ‘Public Affairs Engagement’ (PAE). PAE was asked to run a campaign that would undermine the ongoing process of reforming S.Africa’s patent laws. South Africa is by far the largest market for pharmaceuticals in the African continent. Industry sources project that South Africa’s pharmaceutical market is expected to increase at a compound annual growth rate (CAGR) of 5.8% from 2011 to 2020, when its value will have risen from US$2.5 billion to $4.2 billion, according to new forecasts. This fast growth is expected to be driven by the government’s healthcare reforms, which include improving access to healthcare services by expanding National Health Insurance (NHI) coverage.

At present the size of the medicines market in S.Africa is about a quarter that of India. Given that S.Africa’s population (approx. 52 million) is less than 5% of that of India, clearly per-capita expenditure on medicines in S.Africa is very high in the context of a developing country. The high expenditure on medicines in S.Africa is driven by high prices of individual drugs, largely a consequence of the country’s dependence on MNCs for drug production (unlike India) and a Patent law that continues to allow MNCs to liberally patent drugs and charge monopoly prices.

It is the latter concern – liberal patent grant in S.Africa – that is now sought to be fixed through reform of the country’s intellectual property laws. MNCs have traditionally milked the S.African Patent law, in order to charge excessively for life saving medicines. The contrast is stark – South Africa’s Treatment Action Campaign says that, in 2012, generic versions of popular cancer drugs in India were priced between 4 percent and 44 percent of the cost of the same medicines in South Africa. Unlike India, S.Africa did not amend its patent law to make full use of the flexibilities allowed by the TRIPS agreement (that both countries signed in 1995 as part of the WTO agreement).

Prof.Brook Baker of Health Gap says that current South African patent laws are in the nature of a ‘dream’ for multinational Pharmaceutical companies. While its law has provisions that require patent examination (i.e. examination to establish if a patent claim should be granted on the grounds that it is a truly novel product), in practice such examination does not take place as an examination system has never been established. Prof.Baker writes in infojustice.org: “This means that virtually every drug company patent filed in South Africa, so long as the applicant can fill out the form and pay the filing fee, will be and is granted”. And further that: “Pfizer could get a patent on a peanut butter and jelly sandwich tomorrow if it wanted to”.

1. Vigorous examination of patent applications. This would prevent the rampant practice of ‘evergreening’ whereby drug companies make minor changes in an existing medicine to extend their patent monopoly.

2. Introducing ‘patent oppositions’ where interested third parties (like public health and patients’ rights groups and even domestic companies) can oppose the claim of a patent before a patent is granted (pre-grant opposition) as well as after a patent grant (post-grant opposition).

3. Limiting patent terms to 20 years only, and not allowing extensions under any grounds.

5. Adopting easier to use parallel importation and compulsory license mechanisms. The former allows countries to import a drug if a patented drug is available at a cheaper price in another country. Compulsory license provisions allow generic companies to produce patented drugs if the drug is priced too high or, for other reasons, are not accessible to a bulk of patients who need these drugs.

What is important to note is that all these provisions are perfectly compatible with the TRIPS agreement. The same has been repeatedly pointed out at a number of international fora and was also the subject of a declaration made at Doha during the WTO Ministerial meeting in 2001 in Doha (popularly known as the Doha Declaration). The Indian law for example incorporated all the above provisions (though not always perfectly) and many other countries too have these provisions in their country laws. So what the S. African government is trying to adopt as its national law is neither unlawful, nor novel.

Companies which Once Sued Nelson Mandela!

But the global pharmaceutical lobby never gives up, even if there is a whiff of opposition to their grand design to harvest super profits by maintaining and creating monopolies through the global patent system. We may recollect that 39 multinational drug companies were involved in suing the then South African President – the late Nelson Mandela – for enacting a Medicines Act that these companies saw as being detrimental to their interests. These companies were forced to take back their lawsuit in the face of a global uproar and huge public mobilisation in South Africa. It was particularly diabolical that the 39 companies were suing South Africa in a situation where the country was reeling under the impact of the HIV/AIDS epidemic, and the Medicines Act was an attempt to secure access to low cost generic medicines for millions of poor patients in the country. South Africa has suddenly again become a ‘test case’ for pharma MNCs, if the proposed reforms can be contained, it would become a precedent to be used to prevent other developing countries from following suit. They see South Africa as the ‘weak link’ among the so called emerging economies, with countries such as Brazil and India already seen as rogue states that deny them monopoly power through the medium of patents.

A Plot that was as Detailed as it was Diabolical

So what was the industry planning to derail reforms in South Africa’s patent laws. The plan involved a $600 000 publicity campaign to ‘mobilize local and overseas voices’ to say the changes are a wrong turn for ‘Africa’s biggest economy’. From the now continuing expose in the media it transpires that the intent was to ensure reforms are delayed at least until after elections in South Africa — expected in early May 2014 — by suggesting that the changes would be ‘politically damaging for South Africa’s leaders’. The leaked email, we refer to earlier, was sent to a list that reads like a ‘who’s who’ of pharma MNCS, including companies such as Astrazeneca, Bayer, BMS, Boehringer-Ingelheim, Johnson & Johnson, Lilly, Merck, Novartis, Novo Nordisk, Pfizer, Roche, Sanofi and Takeda.

The mail outlines clearly the strategy that was to be followed: “This mobilisation will occur through an energetic campaign, which will feel like a political campaign” ….. “Delay will provide time to develop a third stage of the campaign”. The email clearly shows the support provided by American pharma MNCs (PhRMA) to the South African MNC lobby (IPASA). Another excerpt reads as follows: “As we agreed at the last Board meeting in December, we have moved ahead in identifying a high calibre consultancy group to work with us. The group selected is Public Affairs Engagement (PAE)… The final selection was carried out in consultation with PhRMA.. The total investment for this 5 month campaign will be circa US$450K. PhRMA will contribute $350K & IPASA will contribute $100K”.

The leaked email proceeds to elaborate on its concerns: “If the principles in the draft (policy) are adopted, not only will South Africa become less hospitable to the life sciences sector, it may also provide the model for other developing nations, inside and outside Africa, including such important aspiring economies as India and Brazil…South Africa is now ground zero for the debate on the value of strong intellectual property protection. If the battle is lost here, the effects will resonate… Without a vigorous campaign, opponents of strong intellectual property will prevail – not just in South Africa, but eventually in much of the rest of the developing world.” The cat, as the old phrase goes, is well and truly out of the bag!

Analysing the contents of the leaked email and other disclosures in the media Prof. Baker says that the entire idea was that the campaign would be run from Washington. Operating under a euphemism like “Forward South Africa” and ostensibly led by a “respected former government official, business leaders, or academic,” the publicity and intense lobbying campaign would actually be run by US-based PAE, which promises that “any and all research, op-eds, blog posts, and other material” will be reviewed and commented upon by PhRMA.

The South African story, which many are calling ‘PharmaGate’ is not just about a single country. It once again shows how lobbyists of pharmaceutical companies remain ever ready to subvert and delegitimise policies enacted by sovereign countries. We in India have long been at the receiving end of such campaigns, given the strength of India’s generic Industry and the relatively progressive nature of our own Patent Laws. When India’s Patent legislation was being savagely attacked by the US and its paid lobbyists thousands marched on South African streets in a show of solidarity with poor Indian patients. The South African people need our solidarity now.

Disclaimer: The views expressed here are the author’s personal views, and do not necessarily represent the views of Newsclick