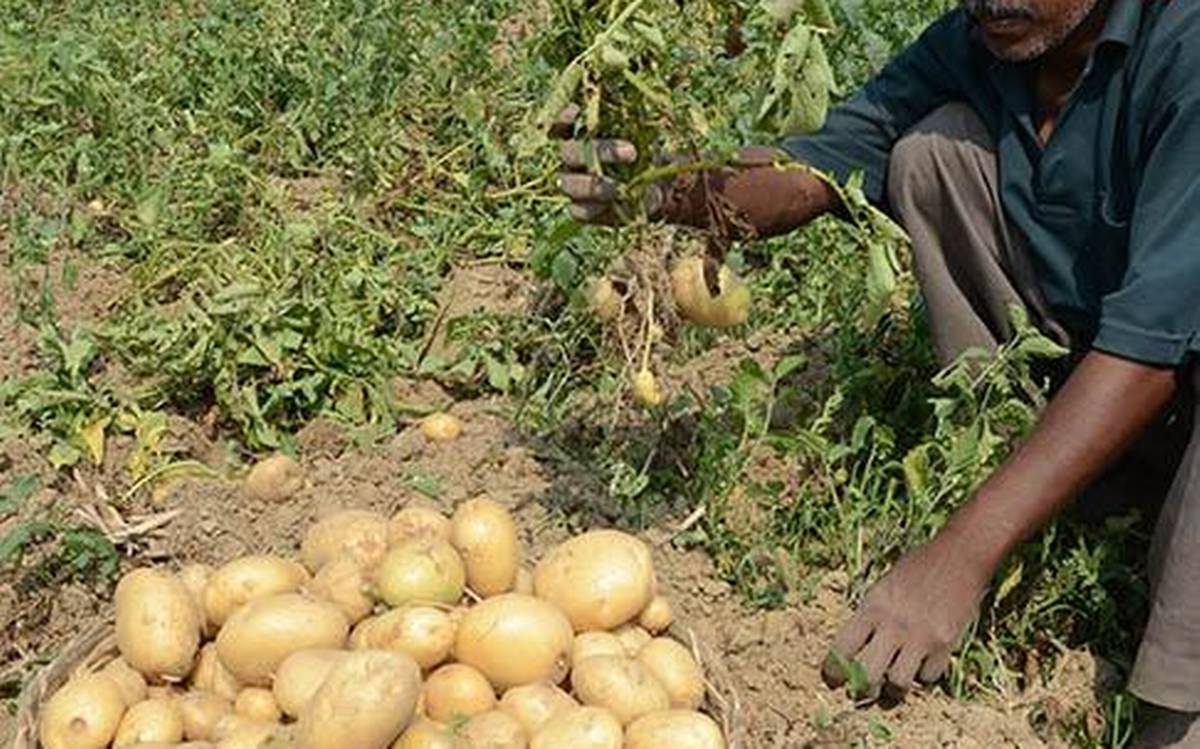 THE PepsiCo case against nine potato farmers in Gujarat for violating its Intellectual Property Rights under Protection of Plant Variety and Farmers Protection Rights (PPV&FR) has brought out the threat that the US multinationals pose to Indian farmers. PepsiCo is claiming damages of Rs 1.05 crore from each farmer. It follows an earlier case in May last year in Delhi High Court where Monsanto has claimed patent rights over its Bt Cotton seed and sued a Telangana seed company. To this, we must add the annual threat to India, along with China, being cited by the United States Trade Representatives (USTR) as the biggest danger to the US so-called intellectual property rights.

The Bt patent case will now be heard on the central issue whether Monsanto’s claim of patent on Bt seeds is valid under Indian Patent law. After a huge public outcry, PepsiCo is now claiming it is willing to settle the case if the targeted farmers submit and join its contract farming programme.

At the heart of the struggle is capital’s need – Monsanto and PepsiCo’s – to continuously enclose spheres and generate surpluses from creating a monopoly over something that it does not actually own. This is the use of what capital calls “Intellectual Property”, which is essentially human knowledge and creativity accumulated over centuries and millennia. A small tweak in knowledge or creativity produces something which we recognise as new or innovative. How do we separate this from what went before? Why is it that only the last mile – the latest tweak – should be a monopoly and not what the farmers have grown over thousands of years?

When we talk of plant breeders rights or patent rights over life forms, we are talking about what nature has produced through millions of years of evolution and what farmers, starting from neolithic ones, have cultivated and improved through selective breeding over millennia. We now have rapacious multinationals, who having exhausted their potential from existing agro-chemical markets, want to now move into seeds and become seed monopolies. Coupled with this are food companies such as PepsiCo, who want to maximise their profits by tying their source – e.g., potatoes – so that the farmers cannot produce anything else and tying them to PepsiCo in a return to medieval serfdom under the modern garb of contract farming. Both are different forms of intellectual property rights – claiming plant breeder rights or patent rights – even though the law under which rights are being claimed are different. Monsanto wants to use the patents act, while PepsiCo wants to use the plant varieties act.

Most of us thought that with the Indian Patents Act Amendment in 2004 forced due to India joining WTO, and the  Protection of Plant Varieties and Farmers Rights (PPV&FR) in 2001, we had used the flexibilities permitted under TRIPS, and created an intellectual property regime that was far more favourable under TRIPS than available in most countries. It was passed after incorporating major amendments due to Left’s pressure, thus protecting people’s rights to cheap medicine, seeds, and free and open source software. The Manmohan Singh government needed the Left’s support to pass the Act and therefore was forced to accept these amendments. While the 3(d) in the Patents Act – not permitting trivial modifications as novel – is the most well-known, there are other equally important clauses e.g., barring of life form  and software patents. Under Section 3(j), no life form including seeds is patentable; and seeds are explicitly mentioned in Section 3(j). Monsanto’s case in Delhi High Court is therefore a completely bogus one.

Similarly, the PPV&FR was an attempt to protect the farmers as well as the plant breeders. It remains a unique example on what is called sui generis protection for plant varieties. Under TRIPS, India had to provide either patent or a sui generis(meaning: of their own kind) protection to new plant varieties. The US had argued for patent protection, but with the European Union at that time also against life form patenting, India was able to win some space for itself and get an alternate to patent protection for life forms, a sui generis protection. Apart from India, the only other sui generis protection of plant varieties is from the International Union for the Protection of New Varieties of Plants (UPOV), which essentially protects the plant breeders and not the farmers. The Indian Act was unique as it sought to protect both set of rights, but was careful in its Section 39(1)(iv) that farmers rights would supersede plant breeders rights when it came to their own production. It says that farmers could save, use, sow, re-sow, exchange, share or sell their farm produce including seed of a protected variety, notwithstanding anything else in the Act. It is a comprehensive and an overriding provision. The only bar was on labelling the farmer’s seeds as say, FC5, over which PepsiCo is claiming breeders rights, and selling it in the market.

While the law is clear, what makes the battle unequal is the power of the big MNCs. Pepsi, Coke, and Monsanto are finding that their earlier monopolies are not enough, they need even more profits.  Both are focussing now on how to bring agriculture under their control. Bayer, the chemical and pharma giant is merging with Monsanto so that both of them put together will control the seed, agro-chemicals and fertiliser markets. PepsiCo has been interested in what is called backward integration – getting a specific kind of tomatoes and potatoes from the market – so that its plants can be automated and its products standardised even further. In that way, they can squeeze both sides of the production – be a monopoly seller to its consumers as it already is, and also be a monopoly to its suppliers of raw materials, the overwhelming number of whom in India are farmers. After all, what goes into a bag of Lay’s potato chips, except potatoes is air or more correctly nitrogen.

A number of questions have been raised by people over the potato variety FC5, the one over which PepsiCo is suing the Gujarat farmers. The arguments are that it was an extant variety –  available already – and therefore not a new variety, that it is no different from ATL (Atlanta) a non-protected variety, and PepsiCo had introduced this seed in India in 2011, and claimed its breeder rights only in 2016, therefore farmers would already have been cultivating it. While all this will certainly be relevant to the falsity of PepsiCo’s case, it really does not matter whether PepsiCo was selling a protected variety of seeds or not. Under Section 39 quoted above, the farmers are completely protected from PepsiCo’s case.

The problem is not that PepsiCo’s case is a bogus one, but it can use the law to drag the farmers in a costly legal battle. The company has deep pockets, the farmers have very little. The US government will back its company, PepsiCo, through a variety of ways, including arm-twisting India using Special 301 provisions. The Trump administration has made its disdain for international law quite clear: its message, succumb or else. Will India stand up to the US bully? Will it fight for its Patent Laws and plant protection laws? Or will it barter it for promises of a seat at the high table, the chimera a UN Security Council seat? Declaration of somebody as a “terrorist”? And therefore India surrender its farmers rights?

Clearly, nine Gujarat farmers by themselves cannot fight PepsiCo on their own. Neither should be the Telangana seed company, Nuziveedu Seeds fight this case alone; if they reach a compromise with Monsanto, we will be the big losers. It is time for civil society and farmers and peasants organisations to come together to fight these cases. And put pressure on the government.

This is our challenge: how do we fight the new enclosures using intellectual property rights of different kinds. The country cannot lets its food sovereignty and its farmers livelihood become a commodity. It is not just nine farmers in Gujarat; or a seed company in Telangana. Capitalism in agriculture grew from land enclosures. Today’s capitalism is far more rapacious. Its tools are law, its target knowledge; knowledge of the farmers and their thousands of years of nurturing new varieties; knowledge of scientists in the laboratories and in the universities. This is the battle over our future: our agriculture over our food, our cotton and clothes. This is the new colonialism that we have to fight.