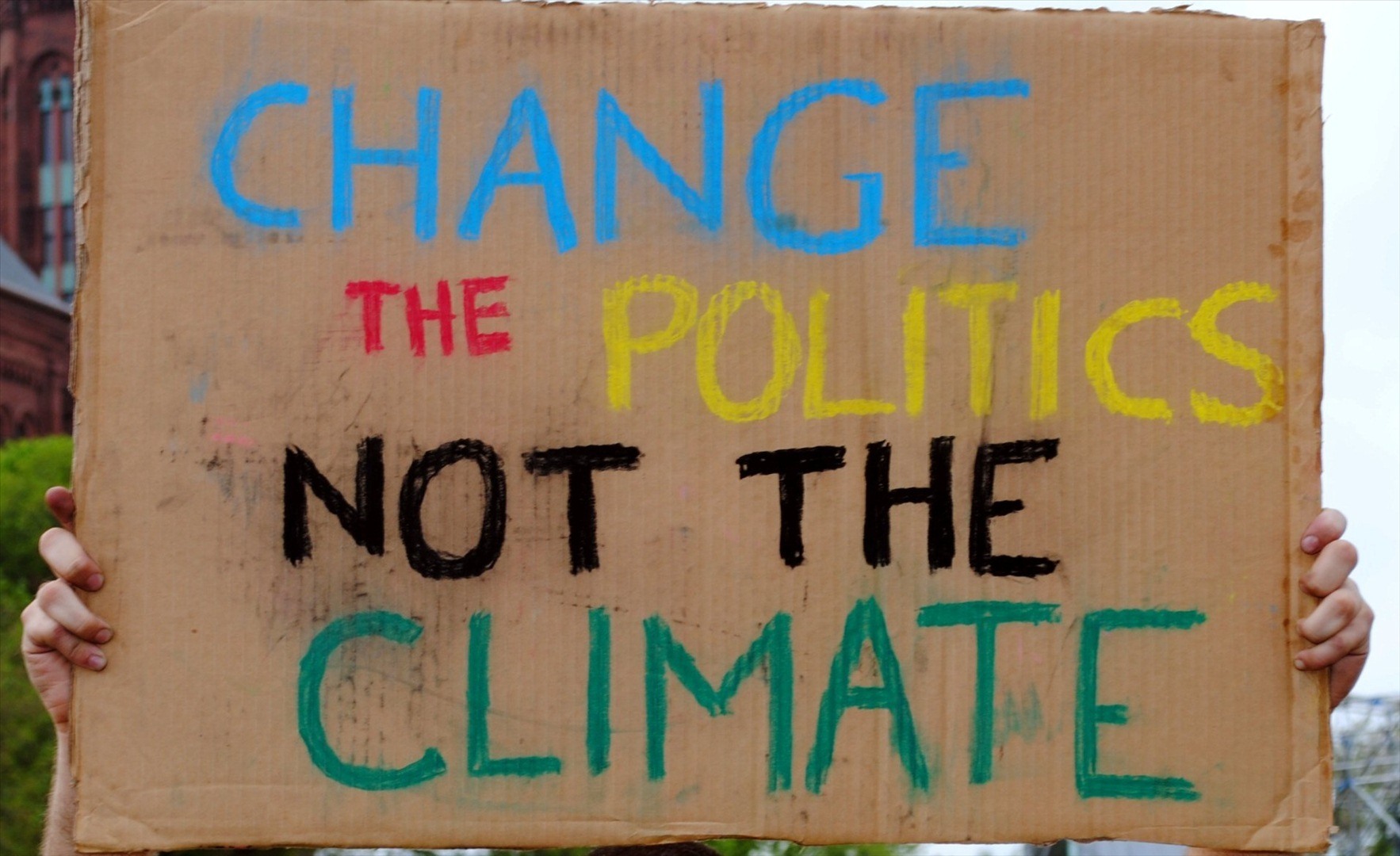 The season for the volume by volume publication of the much-awaited Fifth Assessment Report (AR5) of the Intergovernmental Panel on Climate Change (IPCC) opened last week with the releases on 27 September 2013 of the Summary for Policy Makers (SPM) of the Working Group I (WG1) Report, and the release on 30 September of the unedited version of the Report itself.

AR5/WG-I deals with the Physical Science Basis i.e. dealing with the current and updated scientific understanding of the status and prognosis of climate change. The coming months will see a steady stream of similar releases, of the Reports of Working Group II on Impacts, Adaptation and Vulnerability and Working Group III on Mitigation strategies, and finally a Synthesis Report scheduled for October 2014. The release of the WG-I Report and its SPM have been timed, as has been the practice earlier too, to provide valuable inputs into the next Summit of the UN Framework Convention on Climate Change (UNFCCC) due to be held in Warsaw, Poland in November 2013.

As expected by most scientists and others around the world closely following climate science, AR5/WG1/SPM clearly shows that the scientific evidence for a deep-rooted and worsening climate crisis is now stronger than ever before, demanding urgent and robust action globally. What these measures should be, and what the respective responsibilities of developed and developing countries should be, will be covered only in the WG-III Report likely to come out in mid-2014. But the strong evidence-based urgency underlined by AR5/WG1 leaves little doubt that, prior to the UNFCCC Paris Summit in end-2015 which is the new deadline for reaching a global climate deal, IPCC representing the world scientific community will issue the hitherto strongest call for stringent action to contain the climate crisis.

Since the IPCC’s Assessment reports are issued only once in 6 years after careful study, rigorous review and wide consultations including with the governments of all 195 countries that are signatory to the UNFCCC, AR5 has been eagerly awaited.

Motivated media commentary Predictably though, the release of AR5/WG1 was preceded by a flurry of negative media coverage aimed at doubting the science, calling into question the very reality of climate change, and raising doubts as to whether governments and the people should be concerned or take serious action.

An earlier version of AR5/WG1/SPM was leaked over the internet about a month before the release, followed by a cacophony of what can only be described as motivated media commentary essentially misrepresenting the IPCC findings, and dripping with scepticism and climate denial. This tendency has now become highly predictable. A similar chorus of sceptical and misleading media comments appeared before the Copenhagen Summit too, again seeking to hijack the message about climate change and misdirect public attention away from the urgent tasks required to tackle the crisis. This time around too, the usual suspects were at it again.

The right-wing Heritage Foundation and the now long-running campaign by the equally rightist and libertarian The Liberty Institute, both “think-tanks” not only questioning science and but also railing against what they perceive as a conspiracy by “big government” at an international level no less, that would stand in the way of business-as-usual by global capitalism. They were joined by the infamous so-called “Non-governmental international panel on climate change” and by climate-sceptic media outlets such as Fox News, the Wall Street Journal the and the New York Times in the US, and the Daily Mail in the UK in the English-language press. Regrettably, India’s highly-regarded The Hindu too carried front-page and op-ed stories highlighting the leaked IPCC report and similarly misinterpreting the key findings of AR5.

Interestingly, almost as if acting in concert, all these commentaries shared a common narrative, propagated similar climate-sceptic myths and echoed the same misinterpretation namely that the IPCC Report itself had revised its earlier scientific findings and was not concluding that global warming had slowed down, temperature rise this century would be less than earlier projected, and impact of atmospheric carbon-dioxide concentrations on global temperature would be less than feared. It would be comical if it were not so dangerous, that all the climate sceptics want to use the mis-interpreted findings of the IPCC to undermine the credibility of the scientific body itself and indeed to question the very science of climate change.

As this article will show, IPCC/AR5/WG1 has not only shown the opposite of what the climate-sceptics were claiming in that it has essentially projected an intensification of climate change and the factors underlying it, but has also demonstrated more rigour, greater sophistication and substantial advances in the scientific understanding of climate change.

Mounting evidence, deepening crisis In fact, all the evidence advanced in AR5/WG1 is in direct opposition to all the supposed contra-indications the sceptics had misinterpreted. The slow-down in the warming rate at the surface observed during the past decade or so has been noted as only a short-term phenomenon not contrary to the clear long-term warming trend, and explained at length as being due to greater transfer of heat to the deep oceans. As underscored by Michel Jarraud, Director-General of the World Meteorological Organization (co-founder of the IPCC along with the UN Environment Programme), at the Press Conference to release AR5/WG1/SPM, even this temporary, short-term slow-down does not take away from the fact the 2001-2010 decade has been the warmest ever, and each of the last three decades have been the warmest since 1950.

AR5/WG1 states clearly that “warming is unequivocal and many of the observed changes are unprecedented over decades to millennia.” All the major indicators point definitively to exceptional climate change: “the atmosphere and ocean have warmed,

the amounts of snow and ice have diminished, sea level has risen, and the concentrations of greenhouse gases have increased.” The atmospheric concentrations of carbon dioxide, methane and nitrous oxides have “increased to levels unprecedented at least in the last 800,000 years” as evidenced by analysis of carbon datable Arctic ice cores which store trapped air from hundreds of thousands of years ago. “CO2 concentrations have increased by 40% since pre-industrial times, primarily from fossil fuel emissions and secondarily from net land use change emissions.” In view of all this evidence, the Report revises upward to “extremely likely” or 95% the degree of certainty of human-induced climate change, up from “very likely” or 90% in AR4 of 2007, and “likely” or 70% in AR3 in 2001.

AR5 makes the interesting, and significant, point that perhaps everyone has been focusing too much on rise of surface temperatures as the major indicator of climate change as both evidence and symptom, whereas warming of the oceans and sea-level rise may be better indicators. AR5 reveals that while surface temperatures may see temperature rise at different rates during different periods due to complex climatic factors, average ocean temperatures and sea levels have been rising continually. AR5 emphasizes that “Ocean warming dominates the increase in energy stored in the climate system, accounting for more than 90% of the energy accumulated between 1971 and 2010 (high confidence),” with most warming being noticeable in the upper ocean, that is up to depths of 700 metres.

For further evidence, AR5 records that “the Greenland and Arctic ice sheets have been losing mass, glaciers have continued to shrink almost worldwide, and Arctic sea ice and Northern Hemisphere spring snow cover have continued to decrease” over the past two decades. Along with expansion of ocean waters due to warming, these have contributed to global mean sea level having risen by 0.19 metres during 1901-2010. AR5 states with “high confidence” that the rate of sea level rise since the mid-19th century has been larger than the mean rate during the last two millennia”!

Poor prognosis In terms of prognosis, the Report has put forward 4 scenarios or Representative Concentration Pathways (RCP) based on a somewhat different methodology adopted in AR5, namely estimating impact of atmospheric CO2 concentrations on the climate system. In all 4 scenarios, temperature rise by the end of this century will exceed 1.5 degrees C. This was another point latched on to by the sceptics who claimed that this meant that IPCC had “downgraded” the threat to below 2 degrees C, the threshold set by successive UNFCCC summits.

Thomas Stocker, Co-Chair of WG-I, clarified at the AR5 release Press Conference that this only meant that even the lowest scenario saw temperature rise of at least 1.5 degrees C above 1900 levels likely to be reached by 2030-35, and that, if this scenario was to be achieved, then extremely drastic emission cuts would be necessary. More realistically, the other 3 scenarios predicted temperature rise of mean value 1.8 degrees C, 2.3 degrees or 3.7 degrees respectively higher than 1986-2005 levels (to which one can add a further 0.7 degrees to compare with 1900 levels). These estimates that, far from being lower than earlier predicted, AR5 estimates show definitive and high temperature rises under virtually all realistic scenarios, considerably above the 2 degree threshold set by UNFCCC.

The big prognosis relates to how much more emissions the atmosphere can hold if the 2 degree limit is to be maintained. AR5 has deal with this in quite a different manner compared to earlier Assessment Reports in terms of cumulative emissions and a total as well as remaining carbon budget rather than in terms of annual flows of GHG emissions as in the past, suggesting that WG-III dealing with mitigation strategies is also likely to deal with the issue in these terms.(Regular readers of these columns would recall that some researchers in India, notably the on-going collaboration in India between Delhi Science Forum and the Tata Institute of Social Sciences, have been advocating this methodology for several years, following the growing body of scientific opinion along these lines).

AR5 states that the atmosphere can hold an upper limit of around 880 billion tonnes of Carbon if temperature rise has to be contained within 2 degrees C. Of this, about 531 billion tonnes have already been emitted till 2011, leaving only about 350 tonnes of Carbon from future emissions that the atmosphere can hold. AR5 also states categorically that temperature rise and cumulative emissions have a linear correlation, that is, they rise more or less in the same proportion.

This should send a clear and unambiguous signal to negotiators in the UNFCCC. Whatever targets are set for individual countries should add up cumulatively to only around 350 tonnes of Carbon till 2100. Nations of the world have a couple of years to arrive at an equitable formula for sharing these cumulative emissions between them, allowing for the historical emissions by each and in proportion to their populations.

IPCC’s AR5/WG1 on the Science Basis for Climate Change is in many ways a remarkable document, not just for the major conclusions it has presented as per data available at present, but even more so for its showcasing of the scientific method as well as the robust, careful, progressively better and increasingly sophisticated character of its findings. There has indeed been an amazing consistency in the scientific findings since the First Assessment Report in 1990 which fed into and shaped the UN Framework Convention. The evidence has got stronger with each Assessment Report since then, aided by consistent improvements in understanding, measurement and modelling. For all those campaigning to reverse the climate crisis, it is important to grasp, respect, embrace and communicate the scientific process that has enabled humankind to comprehend climate change, the developmental path that has resulted in it, and the steps that must be taken to reverse it.

Question is, is anyone listening?