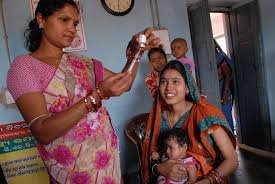 A recent notification, dated September 25, 2013, by the ministry of personnel of the government of India is virtually a vote of no-confidence on India’s health system. The notification amends existing laws regarding entitlements available to senior government officials to receive treatment abroad for what are identified as ‘complex’ medical conditions. The amended rules make it easier for such treatment and the government also takes upon itself the responsibility to pay all the medical costs as well as the travel and related costs of the patient and an attendant.

The notification is a clear admission by the government that its own officers have no confidence in the country’s health system. People of India might find it difficult to comprehend how a country that claims to be a major economic and political power facilitates the treatment of its own senior bureaucrats in foreign locales. Unfortunately most people in India do not have the option to opt out of the country’s system and fly to distant locales, attendant in tow!

The government’s present move has to be viewed in the context of two areas related to medical care where the government has claimed success. The first is the restructuring of the country’s health system. One of the flagship programmes of the UPA-1 government has been the National Rural Health Mission. This continued to be an explicit high profile programme for the UPA-2 as well. In the Twelfth Plan, the programme has been renamed the National Health Mission, with the understanding that Mission’s work will be extended to urban areas as well. The second is the promotion of what is known as ‘Medical Tourism’ by the Indian government. Largely involving the private medical sector (almost entirely the corporate section of the private medical care sector), this policy has involved providing the private sector with various incentives such as tax concessions, subsidised land, concessions on duties on equipment and medical products, etc, in order to promote India as a destination for medical care for foreign patients.

Clearly, for all the positive spin that the government would like to give to its programmes, something is very seriously amiss. Let us first pick up the story of the National Health Mission (as it is now designated). The public health system has continued to function in an adverse climate even after the launch of the NRHM. Since its launch, funds released have been only one third of the envisaged funds under the approved framework of the NRHM – about Rs 66,000 crore was released against Rs 175,000 crores envisaged. Funds released under 11th Plan are less than half of what was the original Plan outlay.

This year’s budget saw a mere 8.2% increase in total allocation for health. This increase needs to be contrasted with the promise in the 12th Five Year Plan that allocation for health would be increased by 300% over the allocation for the 11th Plan. Thus, against the projected increase of around 60% every year, over the previous year’s allocation the present increase is barely enough to cover for inflation. Further, if we adjust for inflation, the 2% increase for the National Rural Health Mission (as a component of the total health budget) actually translates into a decrease in real allocation. This is so despite the announcement that the NRHM shall now include two new components – a flexi-pool for communicable disease control and for urban health (previously not covered by the NRHM, and hence leading to the proposal to rename the NRHM as the National Health Mission).

The 2013-14 budget is a continuance of the decades old neglect of health care in India by successive governments. The major issues that need to be addressed include issues of resources – both financial and human, and provisioning, ie, mechanisms for making health care accessible to all. The bane of India’s health system has been consistent under-funding – an abysmal 1.2% of GDP today, in contrast to a minimum 5% advocated by the World Health Organisation.

Another key component of a health system is the availability of trained human resources, who are also deployed appropriately. In India a range of issues need to be addressed in this regard – medical education, the optimum mix of specialists and super-specialists and general physicians, the optimum mix of physicians and health workers, etc. The Indian education system is skewed heavily and favours the production of physicians, and further, specialists and super-specialists amongst them. Largely this is determined by ‘market forces’, and not by health needs. The situation is compounded by the rapid increase in private medical colleges, which often provide low quality of education and at the same time privilege people who can pay to receive education. Unless a strengthened public system challenges the ‘market based’ principles of the health sector, such distortions will continue to plague the Indian health care system.

While the services of specialists and even super-specialists are underutilised in urban areas, the deficit of specialist is as high as 80% or more in the public health system, especially in rural areas. On the other hand, we subsidise the medical care needs of countries in Europe and North America by exporting trained physicians, most of who are trained at public cost. The rapidly growing industry of medical tourism in India, now harnesses highly trained Indian medical professionals to treat rich medical tourists from developed nations. While our public health system remains grossly understaffed, we do not train an adequate number of other health workers. While we are unable to utilize doctors and super-specialists churned out by the medical education system, the proportion of other health workers to physicians in India, is much lower than in countries with much better health services – Thailand and Malaysia for example, within Asia.

About a decade back, the government decided to put its full weight behind the ‘Medical Tourism’ industry. Clearly, its own bureaucrats, have no faith even in the so called ‘world class’ facilities that are supposed to exist in the country and which are continuously referred to in an attempt to entice foreign patients to the country.

Choosing to Opt Out of the System

It is not as if facilities that approach global standards do not exist in the country. They exist both in the public system as well as in the private sector (for those who can afford the costs). The problem lies in the lack of confidence we have in our own indigenous capacity and capabilities. While excellence exists, these are islands in a sea of mediocrity and even worse. The bureaucrats in the ministry of personnel would rather not risk the precious lives of civil servants, though its own government does scant little to produce a confidence inspiring health care system in the country.

This, in the ultimate analysis, is the story of how the elite in India are continuously opting out of the system that its government has neglected in all spheres of public life. While any attempt to address peoples’ needs are termed ‘populist’ – eg, even in the case of the much truncated Food Security Bill – the elite is secure that they can afford to abandon ship and look out for their personal interests whenever they wish to. Nero just fiddled when Rome burned, but our elite don’t even want to be in the country.