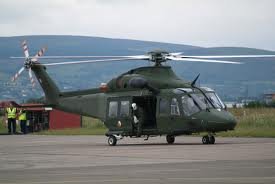 The expose of alleged bribery in the Indian deal to buy Agusta Westland helicopters from the Italian company, Finmeccanica, led to a brief storm of media debates and anguished commentaries, followed by some official probes and actions. As often happens in India these days, though, the development soon receded in the public consciousness and from media attention, overtaken by the next scam or sensation. However, one hopes that the many important indeed crucial issues of public policy raised in these discussions, especially as regards foreign defence acquisitions and self-reliance, will be thoroughly debated and taken to their logical end, with specific conclusions and a concrete plan of action to address the deep-rooted malaise of serial military hardware imports and related serial scams.

Perhaps the most important point in these debates, for once going beyond the now commonplace one about venal politicians and officials possibly including a former Chief of the Air Force, is why India repeatedly buys military equipment from abroad and why India has been unable to develop indigenous capability to produce such equipment. Regular readers of these columns would recall that precisely this point has been raised many times here, much before this particular scam broke, and in fact not specifically related to the issue of bribery and manipulations. This writer has long argued, including in these columns, that India is and will continue in the future to pay a heavy price for failing to develop its industrial base so it is capable of meeting most of its requirements for defence equipment. In a recent article here, the demand had been raised for greater accountability on the part of the civilian leadership especially in the Defence Ministry, and for a White Paper on indigenous capability in defence production.

The fact that this issue has now come to the fore is therefore indeed welcome. The need for breaking away from dependence on foreign suppliers, and to boost indigenous sourcing in the key sector, has now been underscored by no less than a former defence chief and even by the Defence Minister. One wonders, though, why the former did not more forcefully push for this when he was in office and why the latter, under whose stewardship no steps at all have been taken towards this goal, is now asking questions rather than providing a direction. The reason is, unfortunately, that both are barking up the wrong tree in their search for answers.

The former Navy chief has called for indigenization, but in the private sector. Raksha Mantri has said that the Defence Procurement Process would be suitably amended to promote indigenization. And Commerce Minister Anand Sharma has added to this chorus by calling for increasing the FDI limit in Indian defence industries to 75%. All these worthies are wrong, on all counts!

Scams & Indian Private Sector Let us first deal with the idea that bribery will go down if there is more procurement from Indian private sector suppliers. Really? Are these people living in some parallel universe where everything is the opposite of what we know?

Of course, people in India remember the Bofors scam in the 1980s when India bought Swedish howitzers, then the scandals during the Kargil war under the NDA dispensation involving purchase of army equipment and aluminium coffins from abroad, and now the Italian helicopter deal. But clean Indian private sector?

Nobody has forgotten the Satyam scandal when hundreds of millions were siphoned off from corporate funds through an accounting fraud with possible collusion of the external auditors. The Telecom scam too is fresh in the mind with fresh revelations pouring out even today, where not just bribery and malpractices were involved, but also attempts to place chosen Ministers in the Union Cabinet. Then there are the Karnataka mining scams, the KG Basin deals, the murky goings on with Sahara involving tens of thousands of crores of shareholders’ funds, the numerous real estate deals involving businessmen, politicians and bureaucrats.

How can anyone imagine, let along expect the average Indian to think, that if the Indian private sector were involved in manufacture of defence equipment, then suddenly all the shady dealings will miraculously cease, and crony capitalism will no longer operate? Indeed, the many decades of experience with Indian business show clearly that its dealings with government, be it for licenses in the old days or for contracts in the present “liberalized” era, is characterized by manipulation, bribery, influence-peddling and cronyism. Why would a private sector Indian defence industry be any different?

In fact, it is all the more likely to be riddled with corruption and to involve cartelization and manipulation of the system as a whole. Privatization of the defence sector in India will create precisely the kind of military-industrial complex that then US President Eisenhower warned about, serving its own commercial ends even to the extent of war-mongering to drum up business and drive up profits.

This is not to argue that private Indian corporations should not be allowed anywhere near the defence or strategic sectors. Far from it. The Indian private sector already plays an important role in many areas of space and missile technology, nuclear engineering, aircraft and ship-building, and so on. For reasons discussed later, most of this involvement is in the nature of sub-contracts rather than as prime contractors. And so it should remain.

Just think… if the Indian Air Force had bought helicopters from a defence public sector undertaking (PSU), who would have paid a bribe to whom?

No private sector capability The second argument against the domestic private sector playing a leading role in India’s defence industry pertains to capability. There are very few sectors of advanced technology in which the Indian private sector can claim to have truly world class independent or self-reliant capability. Numerous studies have shown that in fact it has been the state sector that has led the building of infrastructure and capability in most technology sectors, not because the state reserved the “commanding heights” for itself but because the private sector lacked the appetite for long-term investments in capacity-building and long-gestation projects, and has been content to buy older technologies or act as junior partners of foreign collaborators. With a few honourable exceptions, this is true even today in capital goods, machine tools, automobiles, computers and electronics, advanced materials and process technologies.

Without being unduly harsh, what critical defence hardware can one conceive of that the Indian private sector could make on its own today and supply to the armed forces? Aircraft or UAVs? Artillery or heavy weaponry? Avionics? Armoured vehicles or tanks? Foreign companies that are currently supplying equipment to India under large contracts obliging them to offset a substantial portion of the contract value to Indian companies are finding it difficult to find private sector partners precisely due to lack of capability and infrastructure.

Tinkering with the Defence Procurement Policy or the Defence Production Policy or both, it not being clear which the Raksha Mantri had in mind, will not help overcome this basic hurdle. What is the use of pronouncing that such-and-such percentage of procurement will be done from Indian suppliers if there is no capability? This will only give an excuse for someone down the line to later say well, this was the policy but, since there was no supplier, let us buy from abroad. Then questions will be raised as to if this was really so, who facilitated such a decision, whether there was any consideration etc. More scams in the making?

The reality is that, whether one likes it or not, or even if it is because of historical governmental dominance, the Indian private sector is today simply not capable of playing any significant role in design, manufacture, supply and maintenance of critical defence hardware. As things stand now, and for at least a couple of decades more even if things were to start changing today, the Indian private sector could at best be a sub-contractor and, in such a role, could certainly provide time and cost efficiencies. To expect more would be wishful thinking at best and self-defeating at worst.

In fact, the repeated clamour, led by the Commerce Minister no less, for increasing the FDI limit in Indian defence industry to 75 percent or more is simply a way of boosting the private sector role and transferring a larger slice of the pie to them. It is indeed a tacit acknowledgement of the lack of capability of the Indian private sector, because the expectation is that foreign defence majors would invest money in Indian companies acting as very junior partners. Essentially, we would have foreign majors setting up shop in India and gradually edging them out altogether as done in the automobile sector by Suzuki or Honda Motors. So too in the defence sector — does the Commerce Minister seriously want a Boeing (India) or a Bharat Lockheed Martin to masquerade as “indigenous” defence suppliers?

Real answers As frequently and regularly argued in these columns, the real answer to the question of indigenization of defence equipment manufacture lies in a conscious, deliberate and planned building of capability in the state sector, by all means with selected private sector entities as partners in defined roles, taking up of projects meeting requirements of the user agencies, and a system of strict independent monitoring and genuine accountability. All these three essential ingredients are sadly missing today.

India is in the tragic position of having built up a huge defence industry since the 1950s and ‘60s, but having to import trucks and single-engine propeller driven basic trainer aircraft in the second decade of the 21st century. Forget the Light Combat Aircraft, the Main Battle Tanks and the Project-75I submarines.

What is the way out?

First there needs to be a White Paper on Defence Manufacturing Capability, an honest first-time ever effort to assess indigenous capability in different sectors, status and utilization of infrastructure and human resources, and performance on different projects. Such an assessment should also encompass monitoring and accountability mechanisms, including the role, performance and accountability of the Raksha Mantri, of the Minister of State for Defence Production, and of the Scientific Advisor to the Ministry of Defence. This should be a foundation for a thorough overhaul of the system and structures of defence production, and to plan next steps in a concrete manner.

Then a specific need-based set of short-term and medium-term projects should be identified and taken up with expert monitoring and strict accountability, which straddle the defence and civilian sectors so that spin-off benefits can diffuse into the industrial base rapidly and with maximum spread effect. Some projects that suggest themselves are a next-generation basic trainer aircraft that can be a base for a range of models catering to flying clubs, survey and reconnaissance, 2-4 passenger transports and so on; a 70-90 seater jet aircraft that can serve as both a military transporter and a medium-range passenger aircraft for regional routes; completing the LCA and Intermediate Jet Trainers; a set of artillery and armoured vehicles. Just an indicative list.

Point is that the issue of indigenous defence equipment production, with enormous linkages with the broader civilian industrial base, and capabilities therein, is far too serious a matter to be dealt with in a cavalier manner, with off-the-cuff suggestions tinkering at the margins and even greviously harmful to the cause of self-reliance. The time for urgent and serious action is now.