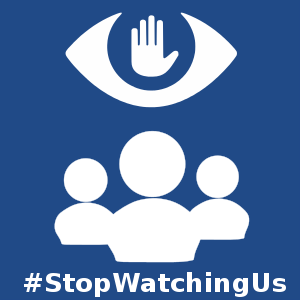 The Indian media has missed the major implications of the latest Snowden disclosures. It is not simply that India is one of the countries, or that the BJP is one of the political organisations under NSA surveillance. The real question is how is the NSA carrying out this surveillance? The answer to that lies in another piece of the puzzle that is now public – India is one the 33 countries that has “3rd party” agreement that allows NSA access its telecom and internet network subject to this intelligence being shared. In other words, India is providing NSA access, while NSA decides what it will share with Indian government – or deem what is fit to be viewed by Indians. If we recall, India’s former National Security Advisor Shiv Shankar Menon had complained earlier that the issue is not that the NSA is spying on Indians, but that they are not sharing their data. This appears to be our only complaint!

Recently, the Washington Post published a Foreign Intelligence Surveillance Court (FISC) Order dated July 16, 2010 listing all the countries including India and the six political organisations, (one of which was the BJP) that could be put under NSA surveillance. As India is one of the countries that has signed the 3rd party agreement with the US, this enables the NSA to directly access the Indian telecommunications and Internet network. No wonder, all the officials and ministers of the UPA government downplayed the NSA surveillance on Indians. We were fully a party to our being spied upon!

The US Foreign Intelligence Surveillance Act (FISA) is very clear on what constitutes foreign intelligence – it includes all economic and political information that may be of interest to the US in conduct of its foreign policy. That is why the Indian delegations to the G20 summit, the climate change summit and the WTO Bali ministerial were all under NSA surveillance. The US always knew the positions of the Indian delegation in any negotiations. Any senior official up to the PM is therefore fair game. The difference is that instead of protecting such individuals from foreign spying, we are making it even easier by granting them access to our network.

The initial round of Snowden disclosures had given the extent of spying that NSA was carrying out in India. According to The Hindu report by Glen Greenwald and Shobhan Saxena (Sepetmber23, 2013) in March 2013, the NSA “collected 6.3 billion pieces of information from the Internet network” and “6.2 billion pieces of information from the country’s telephone networks”. Even then, people were interested to know how was it possible for NSA to have secured such a large volume of data from India’s telecom and internet network? Though foreign telecom companies – Verizon, AT&T and Vodafone — are undoubtedly involved (Home Ministry reports), that alone is not sufficient to explain the huge amount of data that NSA is syphoning off from the Indian network.

What is now clear is that lacking the ability to spy on our people, the Indian security agencies were willing to barter our privacy to NSA’s for “sharing” its intelligence. This is the essence of the third party agreement. This is why Shiv Shankar Menon’s complaint, which stated in so many words is that let us not worry about the NSA accessing our networks, but only about their sharing the “intelligence goodies” with us.

The Hindu, in an editorial on 7th July, 2014 has also echoed the former security advisor’s refrain – that spying is what all countries do, so let us not worry too much about that. The Hindu misses the point of the entire Snowden revelations; this is not the usual spying that all countries carried out earlier and still carry out. This is mass surveillance or dragnet surveillance in which every person with an electronic signature is under the scanner and for ever. What she is doing, what she writes, to whom she writes and so on. It is not only putting everybody’s life under a scanner, but also storing it for ever – the digital information can be stored for 50-100 years in the facility in Utah that the NSA is building. Processing this information is by computers, so it is automatic and painless. And only the NSA and its Five Eyes allies are capable of this scale of surveillance.

The second point that The Hindu misses – along with the entire media in India – is that the mass spying being carried out by the NSA is with the help of the Indian security agencies. It is these agencies that are providing the NSA with the required access on the “upstream” side – that is the fibre optic and other cables that carry both our voice and data (emails, etc). The NSA’s surveillance of “global communications has expanded under a clandestine program, known as RAMPART-A” … “by secretly allowing the NSA to install surveillance equipment on their fibre-optic cables.” This is what we have allowed – NSA does not even have to tap into the Indian telecom network clandestinely – we have allowed them to install equipment to directly tap into our telecom network.

Let us not kid ourselves – NSA just does not conduct surveillance for helping Indians nab terrorists. Their intention is to spy on every important official or political figure in India so that it can influence India’s domestic policies. It would not only like a more pro-US foreign policy, but also more US capital friendly economic policies. And in all matters of global negotiations, knowing the Indian delegations internal position is of great help. The Indian government is thus enabling the NSA in its surveillance of government officials, political parties, and the Indian people for the dubious benefit of gaining access to whatever information NSA may or may not share with Indian agencies.

For example, if the NSA wants to know what the country’s Finance Minister (or any other powerful figure in the government) has done over the last 10 years or even longer, all of it would be stored and available. Even if the person has done nothing wrong, all his friends can be searched similarly and then either an attempt to influence the person can be made or a smear campaign mounted against him. Let us not forget what J. Edgar Hoover, the FBI czar, did to Martin Luther King. The FBI, on finding out about his extra-marital relations, first tried to get him to commit suicide, failing which it “exposed” his affair to the public. How many such similar coercive moves are being made every day with the NSA material? How many exposures in the media carry the secret NSA signature? Contrary to what people believe – “I have done nothing wrong and have nothing to hide” – everybody is vulnerable, if not directly, then through their near and dear ones. All of us take actions that can be twisted to mean something else entirely. It is this power that a security agency brings when it has complete access to the lives of the people. Remember how Hoover was so powerful in the US that no president dare touch him?

The BJP has made some noises about how unhappy it is over it being a target of the NSA. The key issue is whether they are willing to take any steps to abrogate the 3rd party agreement that Indian agencies have with the NSA. Or will it be willing to continue with the existing arrangement subject to the Congress being put under surveillance as opposed to the BJP? And of course intelligence sharing.

It is instructive to see what is happening right now in Germany. There too, the German intelligence agencies had similar 3rd party agreements with NSA and were helping NSA in spying on their own citizens. The NSA of course went beyond this and also tapped into Angela Merkel’s cell phones using equipment mounted on the US Embassy premises. Similarly, it spied upon various government agencies and members of Bundestag, the German parliament. While Merkel’s initial protests lacked any teeth, lately the German courts and the Parliament have gotten much tougher about such surveillance. Right now, there is a parliamentary enquiry going into NSA surveillance where two NSA whistleblowers – William Binney and Thomas Drake – have testified about NSA surveillance in Germany and BND, the German intelligence agency’s involvement. To add a further twist to the tale, one BND operative has been arrested in Germany for passing on information about the Bundestag enquiry to the NSA. Not only has the German parliament started this enquiry, the German government has also disqualified Verizon, an American telecom company that has close ties with NSA from contracts in Germany. EU, with strong data protection provisions, has moved against major Internet companies such as Google for violating its privacy laws.

Contrast this with India. We hear a few protests, some noise is made and then, very quickly, it is business as usual. This is what the Congress-led UPA did and this is what the BJP-led current dispensation also seems to be doing. Will the Indian parliament start an enquiry on the NSA spying in the same way as the German parliament is doing? Will the government take steps against Verizon, AY&T and Vodafone, identified by the Home Ministry as partners in NSA–GCHQ (the UK equivalent of the NSA) spying? Will it cancel the 3rd party agreement that Indian agencies have with the NSA?Without any such measures, the Indian citizens are not only being spied upon by the US and UK agencies, to add insult to injury, with the help of the Indian intelligence agencies.