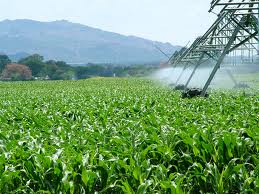 Within days of the BJP-led government coming to power, announcement was made of an enhanced policy thrust on ethanol-blending of petrol. While the earlier biofuels policy of the government, initiated by the Vajpayee-led NDA government and followed through by the UPA, mandated 5% blending of ethanol in petrol, the Modi-led government announced its intention to ratchet up the mandatory blending to 10%. There are still some procedural steps to be taken before the policy declaration comes into force but indications are that the government is serious about this new policy push.

The announcement was made after a meeting of Ministers by Food Minister Ram Vilas Paswan, ostensibly because the policy would impact on production of sugar since ethanol mostly uses sugarcane as feedstock. But it is clear that the main champion of the new policy thrust is Nitin Gadkari in his capacity as Minister for Roadways and informal infrastructure and transport czar, and who has had a long association with the sugar and ethanol industries especially in his native Maharashtra. Mr.Gadkari recently announced his intention to promote cars running on 85% ethanol blends, and has prompted his home turf of Nagpur to import buses running on 100% ethanol as a demonstration.

Unfortunately, the many lessons learned during the earlier implementation of the ethanol blended petrol (EBP) mandate have been forgotten or deliberately ignored, as have the many significant negatives of such a policy in India as pointed out by several commentators including in these columns.

As advantages of the policy, Nitin Gadkari and other proponents cite benefits to farmers by opening up lucrative alternative markets for sugarcane or other crops, foreign exchange savings because of reduction in fuel imports, and environmental dividends from reduced petroleum combustion. However, studies and past experience have consistently shown these gains to be marginal or questionable, and have also revealed many disadvantages.

Many commentators are therefore left pondering over the factors that might lie behind the government’s big push for increasing the mandatory ethanol blending of petrol from 5 to 10 percent. While examining these, one should recall the major issues involved.

First and foremost, it is important to understand that while India is the second largest grower of sugarcane and producer of sugar in the world after Brazil, the domestic demand for sugar in India with over five times the population of Brazil, is also huge. The oft-cited example of Brazil, which successfully makes and sells ethanol-blended petrol ranging from 20% all the way up to 100% with suitably modified engines for higher blends, is just not applicable to India. In fact, annual production figures show that in India there is there is a very small difference between production and consumption, with the former lagging behind the latter in many years, necessitating import of sugar at higher prices than in the domestic market. Thus, the very idea that there is surplus sugar production in India, and that therefore there is considerable scope for diverting sugarcane for ethanol production, is fallacious.

Ethanol is usually made from molasses obtained as a by-product during sugar production. But there are heavy competing demands for ethanol, such as from the potable alcohol industry and from numerous chemical industries. Ethanol prices for fuel blending cannot be set very high, as this would not only distort the market but also undermine the argument of savings on the fuel import bill.

Due to these factors, production of ethanol has been low and fluctuating. The biofuels policy had initially envisaged a 20% mandatory ethanol blend which was fairly quickly scaled down to 10%, then further to 5% when it was found impossible to meet the 10% target. Figures in recent years show that it has not been possible to meet even the reduced 5% target all over India. Sugar mills have been finding it difficult to produce larger quantities in the face of uncertainties in procurement by oil marketing companies which, in turn, have hesitated to life larger volumes in the face of rising costs and distribution difficulties.

Finding the going tough, the UPA government had changed laws regulating sugar production to allow sugar mills to divert sugarcane juice directly to ethanol production, avoiding the molasses route altogether and paving the way for using sugarcane as a direct feedstock for ethanol production. In view of the narrow gap between supply and demand of sugar, this policy shift, however, has threatened to curtail sugar production and push up sugar prices in the domestic market, prompting several state governments to back off from implementing the new laws.

Against this background, it is difficult to comprehend how the newly formed BJP-led government now thinks it will be able to ensure sufficient ethanol production and nationwide distribution as would be required for 10% mandatory blending.

Perhaps the thinking is that, given adequate incentives in the form of higher ethanol prices which oil PSUs could be pressured into paying, the sugar industry could drive the new policy and derive windfall profits, with obvious political dividends.

One Stakeholder Above All

Of the many supposed stakeholders of a high ethanol blending policy, it is clear that the sugar industry benefits the most, often at the cost of the others.

Oil marketing companies have been unhappy with the EBP policy even at 5% blending due to the huge uncertainties they face in procurement and the inability of the sugar industry to deliver requisite quantities. The argument about savings in fuel import bills have also often not been borne out, with oil companies having to import ethanol at high prices to ensure availability.

The automobile industry has protested loudly, even while accepting EBP in principle at less than 20% above which engine modifications would be required, due to the low energy content of ethanol compared to petrol. Given the low calorific value of ethanol, if 10% ethanol by volume is blended with petrol, a larger quantity of the blended fuel needs to be burned in comparison with pure petrol in order for the automobile to travel the same distance. In other words, fuel consumption would go up prompting consumer resistance.

For all the proclamations about benefits to sugarcane farmers, there is no evidence that farmers get higher prices, rather, the sugar mills tend to keep sugarcane prices low especially through the now notorious deferred payments so as to maximize profits.

Other industries using alcohol from the molasses route have been the most vociferous opponents of the EBP policy. They have argued that a policy of mandatory fuel blending, and a fixed high price for ethanol, discriminates against other alcohol-using industries. In fact, a case filed by a consortium of such industries is pending with the Competition Commission of India. The Ministry of Industries has also, during the UPA regime, formally written to the Prime Minister opining against the mandatory EBP policy.

One has not heard any dissenting voice from within the Modi government. Have possible dissensions from the oil PSUs, from other sections of Industry and the Ministries that represent them, and from other stakeholders been silenced? If so, is it because the sugar industry has got solid support from the powerful Mr.Gadkari and the ruling dispensation given the impending Assembly elections in Maharashtra, a state where the sugar industry wields enormous political clout? UP, the largest sugarcane producer in India, also goes to the polls in the not too distant future, and political constituencies need cultivating there as well. Many articles in the pink press believe these are important factors driving the new policy.

Other Issues Several commentators have pointed out that Mr.Gadkari has long been a champion of ethanol and other biofuels, in Maharashtra of course but also on all-India platforms. Some have attributed this to attempts to strengthen political linkages with the sugar industry, others have raised issues of potential conflict of interest which have hitherto gone unanswered.

It is well known that Mr.Gadkari was founder and promoter of Purti Power and Sugar Limited in Maharashtra which makes both sugar and ethanol from sugarcane as well as from a variety of grains. PPSL has high installed capacity for ethanol production and would obviously gain from a government policy favouring higher EBP blends. It is also of course well known that Mr.Gadkari has since divested himself of most holdings in this company but his residual holdings and those of family members are not very clear and issues of partiality may continue to be raised. While questions about conflict of interest are important, and the sooner they are answered categorically the better for all concerned, perhaps the political dividends are more important than any personal ones.

Apart from all these, the larger issues remain of great concern. Is ethanol blending of petrol really that much more environment friendly?

While burning of ethanol certainly generates less pollution that petrol combustion, especially with lower tailpipe emissions of carbon monoxide and particulates. Yet reduction of emissions from burning blends is not known to be significantly lower. Further, burning sugarcane derived ethanol also releases carbon which would otherwise have been stored in the sugar or bagasse. One should also account for the energy used, and therefore emissions caused, in the industrial process of converting sugarcane into ethanol. All in all, emissions saved especially at low blend proportions of 5% to 10% may be insignificant.

The other important issue is the use of land to produce fuel instead of food, whether it is sugar from sugarcane, or other crops such as maize. FAO has time and again pointed to the massive negative impact this has had on food prices and food security the world over. There are undesirable environmental consequences as well. Promotion of sugarcane based ethanol could also well push additional land being brought under cane cultivation, known to a hugely water-intensive crop with highly adverse impact on groundwater such as in Maharashtra.

Yet we have Mr.Gadkari pushing for conversion of “unremunerative” food grains into lucrative ethanol and converting the former into cash crops. And the Food Minister in India promoting ethanol. Ethanol blended petrol has proved to be a non-starter in India and there is little to be gained by flogging this dead horse. Political support from one industry seems to be too high a price to pay when weighed against so many negative consequences.