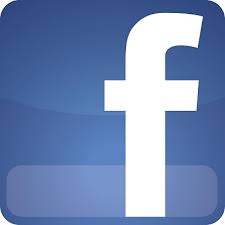 Starting with the Channel 4 exposÃ© of Cambridge Analytica, and now the NaMo app that sends data to Clevertap.com, we are beginning to realise the impact of big data on elections. If we combine this with fake news the recent MIT report that shows how fake or false news travels faster, deeper and wider than real news we realise the danger of uncontrolled use of new technologies. Not only can they be used to sell us commodities we don’t need; they can also sell us toxic politics.

The global news channels and much of the online chatter, are full of how Cambridge Analytica has “hacked” Facebook data, accessing over 50 million user profiles. Missing in this story is the much bigger threat of companies, such as Cambridge Analytica, to our democracies.

Facebook and Mark Zuckerberg have been severely criticised for this data breach. The real issue is that Facebook has data of its users, and indeed much more than what Cambridge accessed, that allows personalised micro-targeting of its users. This is what Facebook sells to its advertisers. Essentially, Facebook treats us as the commodity to be marketed to companies that wants to sell their goods to us.

Of course, Facebook, unlike Cambridge, does not work for an exclusive client.Â  It allows any company, and election campaign to use this micro-targeting feature to sell any commodity, be it toilet paper, or candidates in elections, as long as it gets money.

Neither is this micro-targeting specific to Facebook. Other companies such as Google, do it as well. It is this specific nature of directed, personalised campaign that has given Google and Facebook this enormous edge over other mass media platforms, such as newspapers and television. Unlike other platforms that blast ads indiscriminately, the digital platforms personalise the ads based on who you are, where you are and even what you do at certain times so that the conversion from ads to buying is far more effective.

While Facebook may have provided Cambridge Analytica the initial tranche of big data for its Trump electoral exercise, Cambridge Analytica has also “bought” or “accessed” 5,000 data sources to build a profile of all 220 million American voters. With user profiles of this magnitude, it creates psychological profiles of the voter, and is able to craft personalised messages for each voter. This is what Mark Turnbull, the head of Cambridge Analytica’s political division, calls tweaking the opinion of the voter. If you know what makes a person tick, with appropriate messaging, it is also possible to tip him or her over to the other side.

As an example, the National Rifle Association (NRA), which is pushing guns in the US, will use different messaging, depending on the psychological profile of the user. A profile of an insecure white, middle class person, might receive a picture of a black hand smashing the glass of a bedroom window, with the caption, “Protect your home, buy a gun”. A profile of a secure person, with all other characteristics being same, might receive a message of a young boy being taught to shoot for hunting by a loving father. Same purpose, different profile, different messages.

It is the same tactics that can be used in elections; create a set of messages for different profiles, and use the psychological profile of the people to fire off the messages. And all of this, except the messages, being executed with automation tools. This is big data, artificial intelligence and automation tools, all being used to tweak elections. Let us not forget that Trump won his majority in the electoral college with a small swing in three states of a meagre 80,000 votes! Not very different from Modi’s ability to capture a majority of seats in parliament with only 31 per cent of votes!

Globally, the right has hopped readily on to this combination of fake news and big data for selling their brand of hate and divisive politics. Both Trump’s and Modi’s victory owes a lot to the fake news eco system.

The other key to winning elections is big money. The Supreme Court verdict in Citizen Union is that as long as SuperPACs are insulated from the candidates campaign, they can spend any amount of money. So huge funds supporting Trump, along with the fake news eco system in which the right wing Breitbart News Network was pivotal, powered Trump’s victory. The billionaire Robert Mercer’s role in Breitbart news, setting up of Cambridge Analytica and supporting Trump is well known.

Less understood, till the Channel 4 exposÃ©, is that all this was orchestrated using psychographic methods and micro-targeting of voters. As Mark Turnbull, the political head of Cambridge says in the Channel 4 exposÃ© that it is leaking false news, tweaking the social media feeds, targeting different sets of people with different messages that creates a “positive” narrative for the candidate. It is not direct soliciting of votes, but creating this narrative that matters. And if the electoral race is close, a small swing can decide the race, as it did in 2016 elections in the US and in 2014 in India.

In India, Cambridge Analytica’s partner, Oveleno Business Intelligence, is run by Amrish Tyagi, son of senior JD(U) leader KC Tyagi and current alliance partners with BJP. It has helped according to one of its directors Himangshu Sharma’s Linkedin profile (since scrubbed, but still available in Internet archives) achieve BJP’s Mission +272 in 2014, and worked with BJP in four other states. Media reports claim that Congress has met with Cambridge Analytica also for “help” in future elections. Unlike BJP’s partnership with Cambridge Analytica via Oveleno, which is about work it has already done for the BJP in various elections, these are supposed to be about future elections.

Cambridge Analytica still has the Bihar 2010 elections on its website as a case study stating, “Our client achieved a landslide victory, with over 90 per cent of total seats targeted by CA being won”. This was the Bihar elections that the BJP and JD(U) had contested together.

The NaMo app of Narendra Modi has also come under the scanner for harvesting data from users’ cell phones, and sending it to an American marketing company, CleverTap. A French security researcher Elliot Anderson (not his real name but his Twitter handle) exposed that not only does NaMo app get access to the mobile phones data, it also sends it without the permission of the user to other third party websites. AltNews has shown that NaMo app sends user data to CleverTap, an American analytics and marketing company. The response of the app admin has been to change the permission page! Earlier, it had claimed that the app keeps all data confidential; now it informs the users that it may send information to third parties.

The NaMo app is officially owned by the BJP, and the BJP is obviously using the prime minister for its electoral purpose. Recently, the NCC authorities, in a blatant misuse of governmental machinery, has asked 13 lakh NCC cadets to download the NaMo app.

According to BJP spokespersons and the I&B minister Smriti Irani, the permissions asked by the NaMo app to access user data, are “common” permissions granted during installation of such apps, and only for the purpose of some general analytics, similar to Google Analytics.

Both these statements are factually incorrect.

The Indian Express compared the NaMo app to other apps, and showed that the NaMo app is the most intrusive app among the nine it examined, including MyGov, PMOIndia and even apps of digital marketeers like Amazon. By virtue of the permissions, the NaMo app virtually can access everything that we store in the phone; from our contact list to our memory card. With five million downloads, and in addition, accessing the contact list of these five million users, the company doing the “analytics” for the BJP, has access to a huge number of mobile users in India. Remember that Cambridge Analytica, with access to 270,000 Facebook users through its app, could download profiles of 50 million Facebook users?

The second lie by the BJP spokespersons is that CleverTap is not an innocuous analytics company as it claims.Â  It is a company, very similar to Cambridge Analytica: in CleverTap’s own words, it uses location, behaviour and time of the day to personalise its client’s messaging. It does all this by analysing information of who you are, where you are and at what time you are most likely to be receptive to such messages. It does exactly what Cambridge Analytica does; it sends each one a personalised message based on his or her psychological profile, and what can make them tip from one side to the other.

This is the issue: elections are no longer about politics. It is about “selling” parties and political leaders using a whole bunch of techniques created by big data companies to sell anything and everything. Where right wing politics is in “command”, it is adding fake news and dirty tricks to influence the swing voters; divisive politics, communal hatred, riots are being added to big data and analytics to create a toxic combination.

The other side of this toxic combination of big data, personalised messaging and fake news, is that it does not come cheap. How much is the BJP paying CleverTap for its “Analytics” service?Â  Processing 5 million users of the NaMo app, and all the data it generates, does not come cheap. Such services cost big bucks. Is this why BJP introduced election bonds, making it possible for anonymous donors to pay BJP large sums? Does it have sugar daddies abroad, who are footing CleverTap’s bills?

BJP’s usual response to any exposÃ©s about its activities, is to fling mud all around, hoping some of it will stick, and people will forget what the original issues are. Unfortunately for the BJP, such mudslinging, flailing of arms and theatrics, will not distract the people from the core issue. Is BJP hacking our democracy with big data analytics, fake news and big money?