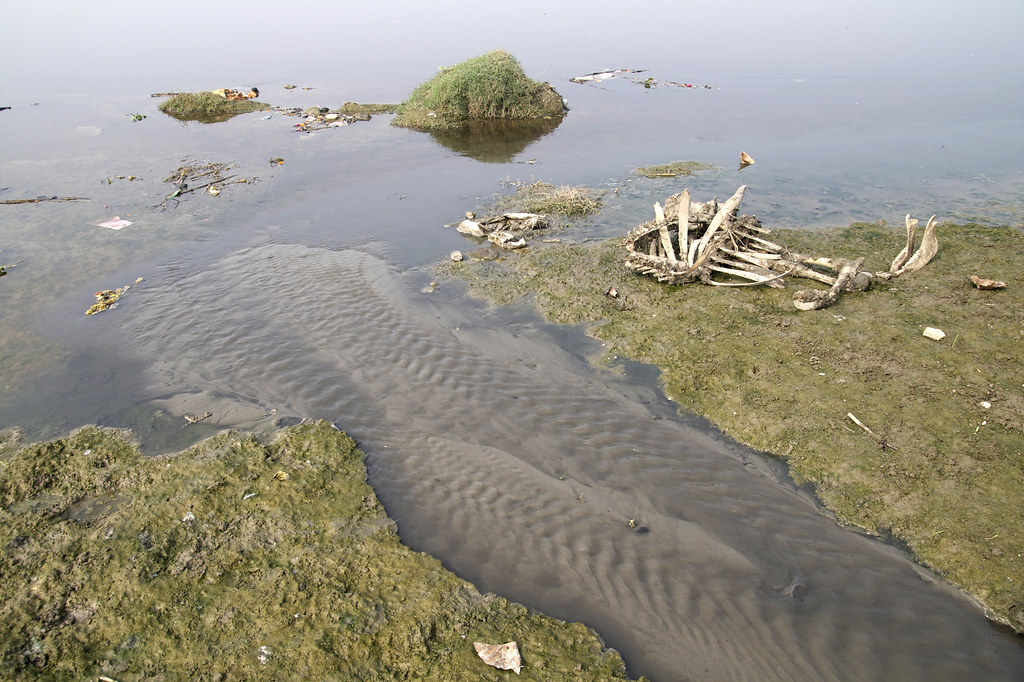 WORLD Environment Day 2020 comes at a unique time this year, right in the middle of perhaps the worst pandemic the world has seen in over a century. Due to lockdowns and other restrictions the world over, pollution of air and water has dropped, bird song has been heard in cities after ages, and wildlife has been making surprise appearances in urban areas. Global carbon dioxide (CO2) emissions are estimated to have declined by around 17 per cent in April 2020 compared to 2019, about half of this due to reduction in surface transport. Of course, this is only temporary and, as economies are reopened worldwide, pollution levels will start rising, although full economic recovery is expected to take considerable time, some experts say even a few years. Until then people around the world may experience lower pollution levels.

While many have welcomed this temporary environmental improvement, it should also be noted that it has come at a terrible human cost, not just in terms of deaths and prolonged illness due to Covid-19, but in terms of loss of jobs, incomes, social security. India has of course seen the worst of this.

With the entire economy shut for two months and counting, migrant workers, daily wagers, domestic help, self-employed artisans and technical service personnel, have suffered untold misery which has not ended yet. Those who make the maximum contribution to the Indian economy for the lowest incomes have found themselves without earnings, without food and without shelter as landlords evicted them because they could not pay the rent. Cities which they built and contributed to running suddenly simply disowned them. Visions of migrant workers travelling back to their native villages over thousand kilometres or more on foot, with little or no money or food, or packed into trucks risking Covid-19 infection while also paying enormous amounts, will haunt this country forever.

Must a clean environment involve stopping all economic activity, for which the poor will bear the highest burden? Do we need a pandemic to clean our air, water and the environment in general? Surely not. Those campaigning for a more environmentally sustainable pathway are usually confronted by status quoists with the question “do you want environment or development?” The answer to this false dichotomy has always been, we want both, and this is indeed possible.

AIR POLLUTION IN INDIA
Every year as winter approaches in Delhi and most of north India, when air pollution reaches its peak, newspapers and TV channels are full of detailed analyses and talk shows about high air pollution levels, different sources of air pollution, various factors influencing higher or lower air pollution levels such as seasonal variations, inversion factor in winter, wind etc and all kinds of measures that may be taken to tackle this problem. However, intentionally or unintentionally, government agencies, most media outlets and probably therefore even discourse among the general public, fail to pin-point the major causes of this air pollution. If there was ever any real doubt about these major causes, they should have disappeared during the Covid-19 lockdown especially before restrictions began to be gradually lifted.

With no personal vehicles on the road, only a few trucks on highways carrying essential goods, air pollution over most cities came down drastically. For instance, Air Quality Index in Delhi was around 30-40 in late March-early April 2020 compared to around 180-200 at this time last year. People in Jalandhar in Punjab, and Saharanpur in Uttarakhand, could see the distant Himalayas for the first time in almost 50 years due to the absence of smog and dust haze. Similar photographs of clear air, monuments visible from afar, clear views of empty streets and vistas, appeared in various publications. The shutdown of factories would also have contributed but, notably, thermal power plants were all running although with lower output. But the main reason was obvious: less vehicular traffic and road dust kicked up by vehicles.

Activists have been highlighting this simple fact about the basic and major causes of air pollution over the past several years, namely that while other contributory factors are also there, especially in specific local areas, vehicular pollution and related road dust are the main causes in cities. Popular campaigns should therefore also be framed around these, and main demands should be to increase low-pollution mass public transport, reduce the number of personal vehicles on the roads, promote pedestrian and non-motorised transportation and suitably re-designed urban infrastructure centres including significantly expanded urban commons such as green spaces, public parks, clean water bodies and plenty of trees. Many mass organisations and other popular movements have increasingly focused on these issues.

Unfortunately, in the past few weeks, with lifting of restrictions and resumption of economic and office activity, road traffic has been steadily increasing and AQI in most large cities is over 250. This is particularly dangerous at this time when Covid-19 is still among us, cases are rising and India is nowhere near the peak. Air pollution is already known to cause lakhs of deaths and various respiratory ailments every year. One of the major Covid-19 symptoms is respiratory problems. Therefore, Covid-19 will worsen pulmonary diseases and air pollution will contribute to increased deaths due to Covid-19. Some agencies have estimated that an increase of 1 micro-gram/cubic metre (1 µg/m3) of PM 2.5 particles in the air may increase Covid-related deaths by 6 per cent.

Water pollution too significantly reduced during the lockdown period, due to the shutting down of industries and even some housing complexes, notorious for releasing untreated effluents into rivers, lakes, ponds and other water bodies. Untreated sewage unfortunately continued to flow into water bodies in most cities including the nation’s capital and many cities along the mighty and “holy” Ganga despite many thousands of crores literally poured down the drain in “Clean Ganga” or “Namami Gange” programmes.

Testing of the Ganga at Hardwar and elsewhere by the CPCB, IIT-Roorkee and other agencies had shown a marked improvement in water quality a month after imposition of lockdown. The Ganga was looking blue at Rishikesh and its waters were fit for bathing and supporting aquatic life at Hardwar with at least 50 per cent improvement in dissolved oxygen (DO), 500 per cent less TDS, and reduction in BOD, although reports that the water was fit for achaman (ritual drinking) were clearly exaggerated. Even much further downstream at Varanasi similar improvements were noted. Garbage and plastic dumped on the river had also drastically come down. Industries situated along the river banks were shut, and the numerous hotels, dharamshalas and lodges in Rishikesh and Hardwar many of which discharged raw sewage directly into the Ganga were also shut.

Even in Delhi, the Yamuna was looking clear and blue, with DO more than 5mg/litre rendering it fit for bathing, again due to the absence of industrial effluents from Delhi and neighbouring states.

During lockdown, with almost no vehicular movement and people mostly staying indoors, leading to much lower noise pollution, various birds not usually seen have not only been visible in cities but could also be heard. Bird song in urban areas during lockdown became like a starry sky in rural or remote areas with no light pollution when a city-dweller sees stars he has rarely if ever seen.

Wildlife, normally hiding from bustling, noisy, intrusive even invasive human activity, emerged once again into the open. During lockdown wild animals came, sometimes in large numbers, on to highways and into cities and towns, into areas that were once their habitat but had been invaded and taken over by humans. Herds of deer were seen on the busy Coimbatore-Ooty highway, mithun or Indian bison on highways in the North-East, and civet cats wandering into towns in Kerala.

RETURN TO BUSINESS AS USUAL?

With easing of lockdown restrictions, things are going back to business as usual, cities are witnessing traffic jams, AQI is again climbing, and rivers are flowing more dirty again.

Obviously, post Covid-19 we should not go back to business-as-usual, but given the present structure of the economy and pro-corporate governance in India, we probably will.

However peoples movements need to think about this and work hard towards a new normal, sooner rather than later. Surely India can move towards cleaner air, more mass public transport and less personal vehicle oriented policies and infrastructure, expansion of the urban commons, green spaces and clean water bodies accessible to all. Surely India does not need an epidemic to ensure that its towns and cities do not discharge untreated sewage into rivers, and that industries do not spew toxic pollutants into the air, on land or into water bodies. Surely India can conduct economic activity in an environmental-friendly manner, with less energy and less fossil fuel based energy. India can also ensure that the poor too have access to affordable clean electricity, clean cooking fuels and appliances, mass public transport, sanitation and hygienic living conditions, decent jobs at decent wages, and effective social security that can be of help in crises like this one.

Unfortunately, at precisely this time, with peoples attention focused on Covid-19 and related economic and social issues, the government is further diluting environmental regulation as in the proposed Draft Environmental Impact Assessment (EIA) Notification 2020 and approving environmentally destructive hydro-electric projects in the North East, mining projects in wildlife-rich areas, and infrastructure projects in ecologically fragile coastal and hilly regions.

The big lesson on World Environment Day during the Covid-19 pandemic is that humanity, and certainly India, needs a clean sustainable environment, and social justice. One cannot and should not happen without the other. 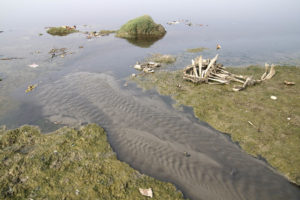