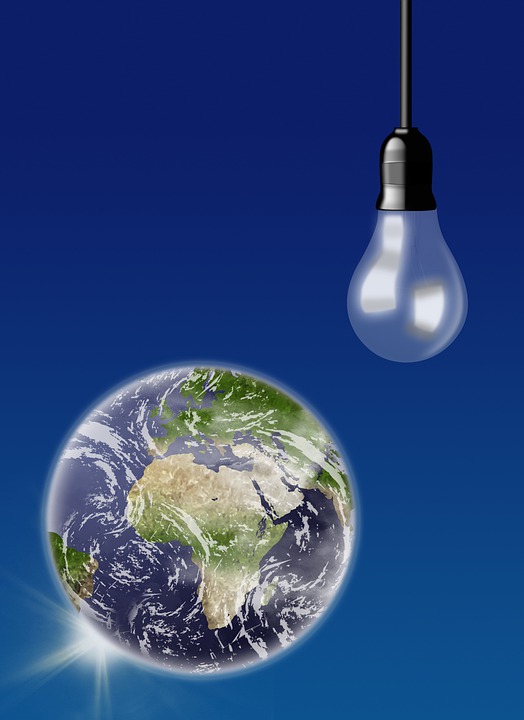 Demand for Withdrawal or Postponement Under normal circumstances peoples movements, civil society organizations, environmentalists and others with a stake in protecting the environment and in sustainable development would have been engaged in detailed examination of the Draft Notification and intensive discussions especially at grassroots levels so as to formulate and submit considered, well-informed responses to the Draft.

However, for most of these past two months, everyone has been under lockdown, preventing necessary widespread public consultations. While some activists and scholars may have had some teleconferences and web-based discussions, necessarily limited in scope, such facilities are not available to tribal and other people in and near forest areas, fishers and other coastal peoples, people in hilly areas and many other communities. These communities have a vital stake in the shape the Draft Notifications may ultimately take. Since environmental impact and ecological degradation also impact on the entire population as well in different ways, it is self-evident that circumstances over the past two months have prevented effective public consultations as called for in the Draft Notification itself and under the Environment Protection Act.

Many organizations and activist groups had, even at the time of announcement of the Notification when India was already in the tight grip of Covid-19 with persons in most offices already working from home, had called upon the MoEFCC to either withdraw it or extent the period for receiving responses and suggestions. The government itself must surely have been pre-occupied with efforts to contain the corona virus pandemic over the past two months. In any case, there was no response to these requests till now. With the deadline now virtually upon us, many organizations and experts have once again called upon the MoEFCC to extend the two-month deadline.

It is hoped that the government heeds the concerns expressed, and responds positively. On the other hand, there is an apprehension that, as has happened recently in different contexts, the government does not hide behind the Covid-19 cover and use it to push through the Notification, and evade public scrutiny and various avenues to critique or oppose the Notification.

In any case, as part of a relentless pursuit of participatory governance, even a brief look at major aspects of the Draft Notification would be useful, even though time and circumstances do not permit a detailed examination.

Further demolition of environment regulations The Draft itself states in its opening paragraphs that, since many amendments have been made to the EIA Notification 2006 over the years, and several judgments have been delivered by different Courts and the National Green Tribunal (NGT), it has become necessary to streamline the process especially as regards decentralized implementation. Of particular concern, the Draft states, have been procedures around Prior Environmental Clearance (Prior-EC) at the Central level and the State-level Prior Environmental Permissions (Prior-EP), as well as procedures relating to violations by project proponents.

Even a quick reading of the Draft Notifications in fact shows that the intention is essentially to circumvent various Court and NGT rulings, and neutralize the environmental protections provided by these rulings, by modifying the provisions in favour of industrial and commercial projects at the cost of the environment. This should come as no surprise to those who have followed the trajectory of the dilution of environmental protections and the systematic dismantling of the environmental regulatory regime and institutional framework since the BJP-led government came to power in 2014, as noted repeatedly by public policy experts and activist groups, as well as in these columns.

Without going into details of the de-regulation trajectory since 2014, it may be noted that this was one of the major planks of the BJP agenda, indeed of the election manifestoes of 2014 and 2019 as well as in the speeches of the ruling party’s unchallenged leader and spokesman. The government has been single-mindedly pursuing the goal of improving the “ease of doing business” in India, meaning removing or diluting all regulations that project proponents viewed as obstacles to investment and untrammeled operation and pursuit of profits. In pursuit of this goal, environmental de-regulation was seen as among the more important, and arguably the easiest to implement, among measures such as a more generalized deregulation of the economy and introduction of taxation, investment and labour “reforms.” Unsurprisingly, India’s world ranking in the “ease of doing business” has risen in this period from 190 to 63. That other weak economic fundamentals and infrastructure deficits did not lead to a commensurate increase of either foreign or domestic investment is another matter.

As the latest of these moves, legal and public policy experts have opined that the Draft EIA Notification 2020 moves towards further demolition of the very architecture of environmental regulations in India by striking at one of its cornerstones, namely Environmental Impact Assessment. The Draft chips away at procedures related to giving environment clearances, and regularizes violations of conditions of such clearance by simply levying fines “as if the violations were like parking tickets,” in the words of a well-known environmental lawyer.

Trampling on Environment Regulation One has to really use a fine-tooth comb to spot the many provisions that tear up earlier measures for environment protection. Nevertheless some provisions stand out for their sheer audacity.

The government has been trying for long to free the construction industry from environmental oversight. In its first term in office, this government exempted all housing and other construction projects between 20,000 and 150,000 sq. metres from the need to obtain environmental clearances, and said they would fall under the purview of local authorities which would integrate environmental requirements into building bye-laws and approvals. This was however overruled by the NGT as in violation of the 2006 Notification. The Draft Notification 2020 now skirts this ruling and makes environmental clearances easier by placing such projects under Category B2 which removes them from environmental appraisal at the Centre and also specifically exempts building construction and area development projects, along with many other types of projects, from the need to conduct public consultations before seeking environmental permission.

Mining projects have been given much more leeway in the Draft Notification by extending the duration of environmental clearance from the earlier 30 years to 50 years, this full duration now being considered as part of the “construction phase.” Further, similar projects within National Parks, Wildlife Sanctuaries, Coral Reefs or Ecologically Sensitive Areas will be subject to public consultations only within that specific district, regardless of the fact that the ecological impacts of the project, such as roads to and from mining areas, or other infrastructure, may extend beyond that district and spill over to contiguous and neighbouring areas, as tribals, other forest dwellers, and fishers know only too well.

Other definitions have been similarly modified through small changes which however have significant implications.

For instance, the term “capital dredging,” which in the 2006 Notification covered non-maintenance dredging of both rivers and sea beds, is amended in the 2020 Draft to refer only to sea-bed dredging for ports and such. However, dredging of river beds for building of navigable waterways, clearly a capital rather than maintenance activity, with untold ecological consequences and impact on livelihoods, has now simply been omitted from the definition!

Draft Notification 2020 also completely exempts all defence and national security projects, as well as any other project involving “strategic considerations as determined by the government” from the need to obtain environmental clearances. This gives a virtual carte blanche to the government who could, for instance, define nuclear power projects, oil installations etc as “strategic projects.” All such projects are also exempt from public hearings.

There are several other curious exemptions as well from the need for obtaining environmental clearances or permissions from the Centre or States respectively.

Under Para 26, the Draft Notification exempts Solar Photo Voltaic (SPV) power projects, Solar Thermal power plants and Solar Parks, despite well-known environmental impacts including diversion of agricultural land, demand on subsoil water etc. Exemption is also given to “coal and non-coal mineral prospecting,” which can cause considerable ecological damage, quite apart from the larger extraction projects that may follow. Readers would recall the furore in Tamil Nadu when permission was granted for prospecting for oil in the fertile 3-crop Thanjavur delta region which, under pressure from farmers, was vigorously opposed even by the BJP’s ally governing the State.

Post-facto permissions Perhaps the most striking aspect of Draft Notification 2020 is the wide-ranging freedom given to projects to engage in egregious violations of conditions under which they were granted environmental clearances or permissions.

The NGT had earlier ruled against post-facto approvals being given to project by condoning earlier violations. In early 2017, the government issued a notification to regularize construction, expansion or modernization of projects undertaken before environment clearance was undertaken. While this was supposed to be a one-time exercise, it soon became a routine with approval committees meeting numerous times and giving post-facto clearances time after time. The 2020 Draft takes this a step further and condones ALL such violations by simply imposing fines, graded depending upon whether the project proponent admits to such violations himself or whether it is discovered by a government agency. All industrial projects would be entitled to seek such condoning so long as their project were prima facie entitled to set up such a project in that particular area. Simple! Declare a crime a non-crime by levying a fine!

As noted earlier, Draft Notifications further devalues public consultations and public hearings, at one time a major safeguard against flagrant violations and favouring participatory governance, but of late being continually degraded and undermined. The 2020 Draft lists numerous types of projects which are exempt from public hearings.

This government has, unfortunately and frequently, shown its utter disdain for public consultations and opinions expressed in response to such public notifications. The Draft Notification itself further dilutes provisions related to public consultations and hearings. It is to be hoped that the government would pay heed to the numerous requests to extend the deadline for submission of responses to Draft EIA Notification 2020.