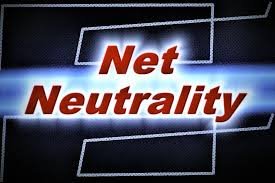 On Monday 8th February, the Telecom Regulatory Authority of India (TRAI) issued its regulations barring differential pricing of data based on content. This has been welcomed widely as a step forward in keeping the internet free from capture by an emerging alliances of global internet monopolies and telcos. Indeed, TRAI’s decision goes beyond what Federal Communication Commission (FCC) in the US had decided on net neutrality. Currently, the FCC is enmeshed in a variety of what are called zero rating cases, and hearing them on a case to case basis. Fortunately, TRAI’s decision not to follow the FCC path and instead create a policy framework, will spare the Indian subscribers fighting telcos through tortuous, case by case regulatory battles.

There are multiple issues concerning Free Basics. One is why is a for-profit company giving us something for nothing. By its Rs. 400 crore ad campaign, Facebook, convinced everybody that it obviously had a commercial interest in Free Basics. Facebook’s interest is at the heart of the internet economy, where the battle is over capturing “eye-balls” — or viewers — and their personal data. Whoever commands the eye-balls on the internet, also gathers their personal data. So the more people you have as your viewers, the more the monopoly power over their data.

I had written in these columns that British Empire was created by its navy’s control over the oceans, and whoever controls the data oceans today, will control the global economy. The battle over the internet is over commodification of peoples personal data and its economic use. The popular comments is “If it is free, you are the product”; this is the internet economy where we are the products being sold to the advertisers by Google, Facebook, and others. Free Basics is part of a much bigger global battle who will control our data and what kind of internet that will emerge then emerge.

Marc Andreessen, a member of the Facebook Board, who also runs his own venture firm called Andreessen Horowitz, confirmed our connection between data colonialism and British colonialism. He tweeted to his half a million of his followers of how “anti colonialism has been catastrophic for the Indian people for decades”. Andreessen believes that we should have continued under the British instead of “catastrophically” kicking them out. And that Facebook’s “altruistic” Free Basics is similar to benign British colonialism. His connection, not mine.

Andreessen’s view of catastrophic anti-colonialism of Indians would have been endorsed by Winston Churchill. He talked about the civilisation that the British had brought to India and regarded the Bengal Famine in 1943 that killed a 3 million as the fault of the Indians, “Indians are beastly people with a beastly religion. The famine was their own fault for breeding like rabbits.”

As we have pointed out in our columns earlier, yes we urgently need to provide connectivity to the Indian people. Though we have added 60 million users of mobile internet in the last 12 months, far more needs to be done. Facebook, by offering a so-called basic internet, is trying to use a small window of opportunity that exists before mobile internet becomes widespread to try and capture a captive audience for Facebook. Even if such users opt for full internet later, they might be conditioned think that Facebook is the whole of the internet. And this is not an outrageous claim. Surveys in some countries have shown that a majority there believe Facebook is the internet. This is what TRAI termed as conditioning the user experience and called it as an unfair trade practice.

The second set of issues concern of how we view the internet. The Facebook campaign addressed the people as passive consumers of content. Here, by content, I also mean services available on the internet. And if we look only at the consumption of content, there could be case of something being better than nothing. But as we have argued earlier, we, as users of the internet are also creators of content. Among the 3.5 billion users of the internet, almost a billion also create content. Almost one of three users of the internet, create as well as consume content. Once we accept that telcos can decide which website they will offer at what price, we strike a blow at the foundations of the internet that exists today. The entire diversity of the internet and its enormous innovative potential would then be at the mercy of the telcos. Instead of the internet model we have today, where we can access any set of users by merely connecting to the internet, we will have to negotiate agreements with individual ISP’s all over the world. This is what happens in the cable TV world, where all the TV channels have to individually negotiate with each of the cable platforms – Tata Sky, Dish TV, etc. This is the consequence of allowing, what TRAI called in its consultation, differential data pricing based on content. And this is what TRAI has now barred.

TRAi has not barred offering free data, it has only barred selective offer of free data based on which sites you want to see. It has clarified that free data packages that do not discriminate based on content are valid offers. So if a telco wants to give say, first one gigabyte free with its data plan, this is not barred under the current order. Such tariff plans are barred only if the tariff is linked with content – so and so’s site is free but others are not. It has correctly identified that free data offers based on content are predatory measures and hurt the small players. It hurts the one billion sites on the net. Only a few, who have deep pockets and a global presence, would benefit from this model.

Facebook clearly misused its platform in the consultations that TRAI conducted on this issue. It has 130 million users in India. It ran a completely misleading campaign to them and fooled many of its users to support its stand on Free Basics. In its messaging, Facebook also vilified its opponents and essentially lied about what they were saying. While TRAI rapped Facebook on the knuckles in trying flood its website with a boiler-plate emails of support from its users, the larger issue of what is the relation between the users of Facebook and Facebook as a platform, still remains unresolved. Can a monopoly platform mislead its users on a policy issue in which its commercial interests are involved? Facebook and Google both have claimed immunity from Indian laws before Indian courts. How should we regulate such global internet monopolies, particularly as they claim they are outside the jurisdiction of Indian law?