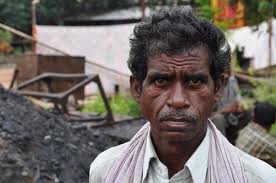 This is the crux of the policies that the Manmohan Singh government has followed – give free reign to the “animal spirits” of Indian capital through loot of the country’s natural resources. The coal scam was fundamentally about transferring country’s huge coal reserves to domestic capital at zero cost. And it was not only about friends and relations – the list also contains Reliance, Tata, Hindalco (Birla), Vedanta, Essar – virtually a list of all the top industrial houses in the country.

Just to give an indication of the magnitude of the loot – the government transferred about 44 billion metric tonnes of coal to private capital gratis – about 6-7 times the total annual production of the world! The boom of Indian capital was on the back of such transfers – whether KG Basin gas, 2G spectrum or giving away coal blocks.

The argument that the PM gave in Parliament in replying against the charges was two-fold. One was that while he conceded that there was a loss to the national exchequer by such transfers, he decided to nit-pick on the actual amount of loss calculated by the CAG, “..even if we accept CAG’s contention that benefits accrued to private companies, their computations can be questioned on a number of technical points.” The second was the argument that the power sector would have suffered greatly if coal blocks had not been allocated to power companies and in any case electricity rates are regulated, so where is the loss?

The fact is that after passing of the Electricity Act 2003 – passed by the NDA government with Congress support – there is an electricity market in the country and private power companies have been selling their power in the electricity market at unregulated rates. Not only that, the UPA government has been promoting the concept of merchant power and an open market for power right from the beginning and it still remains the corner stone of its electricity policies. Therefore for the PM, Ministry of Power, and Kapil Sibal, the government’s zero loss PR Minister to argue that the benefit of free coal was passed onto the consumers through low cost power is nothing but a lie.

Let us look at the sequence of events in the electricity sector in conjunction with the coal block allocation policy. In 2003, the Electricity Act is passed that mandates removal of cross-subsidies and creating an open market for power. This is the crucial step and is very much the companion policy of coal allocation. Without a power market, the companies benefiting from the coal blocks would only have realised a part of the profits – a real killing required that there be a power market as well for selling their low cost electricity in the open market. By the way, CAG has not computed this extra killing that the power companies have made by selling their low cost power in the open market.

To make such a power market possible, it is necessary to “unbundle” the electricity sector – separate generation, transmission and distributions. A number of State Electricity Boards (SEB’s) opposed such unbundling. The UPA government applied the carrot and the stick – all central transfers through Accelerated Power Development Program (APDRP), location of Ultra Mega Power projects in the state, etc would take place only if the SEB’s were unbundled. The World Bank and Asian Development Bank also stepped in with their soft loans for helping “Electricity Sector Reforms”, read unbundling of the sector. The net result was that most states buckled under pressure and did unbundle their electricity boards.

Once the SEB’s were unbundled, we enter round 2 of the neoliberal policies. Private power, which till then was not very enthusiastic, now finds investments in electricity generation quite attractive. They were being given free coal and now there is an electricity market being created for selling their power by-passing the regulated route. This is the time we see a huge investment in private power, eyeing what is called the merchant power route.
Merchant power means selling the electricity generated in plants not through long term Power Purchase Agreements (PPA’s) but in the open market for power. Two power exchanges, similar to the stock exchanges — IEX (Indian Energy Exchange) and PXI (Power Exchange of India) — are also set up for this purpose.

The National Electricity Policy 2005 formulated by the UPA states, “To promote market development, 15% of the new generating capacities, be sold outside long term PPAs”. This is repeated in Ministry of Power’s Merchant Power Policy of adding 15,000  MW capacity by 2011-12. Even National Thermal Power Corporation was allowed to sell a part of its power through the merchant power route.

So here is the scenario. Right from the beginning, allocation of coal blocks has been accompanied by a complementary policy of creating a market for electricity and allowing private generators to sell their power through the merchant power route. While the state owned utilities would obviously have to sell their power to the state owned distribution utilities, the private companies would be allowed to sell a part of their power output in the open market. As the power market would grow, a much larger part of their output would be sold through the power exchanges.

This is the push behind what is called open access; all companies who own the wires – transmission and distribution companies — must allow their wires to be opened for buyers and sellers of electricity, irrespective of their locations. This is the vision of the Electricity Act 2003.

When we look at the losses of the utilities, we find that with the neoliberal reforms, the subsidies provided by the state as well as the losses have actually increased dramatically. The losses to the State owned power utilities in 1992-1993 were of the order of Rs. 3,275  crores (Planning Commission, Annual Report on The Working of State Electricity Boards & Electricity Departments 2002). With 10 year of reforms, it had increased to Rs. 24,837 crores or by about 8 times. Today, the accumulated losses of the power sector distribution utilities stand at about Rs. 200,000 crores (Crisil Press Release, May 7, 20120, with three fourths of these losses occurring in the last five years. Even though with the unbundling of the power sector, the losses of the sector have increased dramatically and the power sector is in deep financial crisis, the pressure of privatisation and more such market reforms is actually increasing.
Why have the losses of the state distribution companies increased by such leap and bounds in the last 5 years? The answer lies in the power market being created and that during shortages, the distribution companies are being forced to buy electricity from market. It is the high rate of such short term purchases that is adding to the huge losses of the distribution companies.

Looking at the runaway prices in the electricity market, the Central Electricity Regulator had proposed a cap of Rs. 8.00 in 2009 in the short-term market. This was at a time when the cost of production of the new power plants was about Rs. 2.20 or thereabouts. Even today, the average price of power in the short term market is about twice the cost of production of power.

When the 2003 Electricity Act was being passed, the left parties, the unions and power experts had commented that if there is a scarcity in a market, competition will not work. If supply is less than demand – and if there are power shortages — and this is indeed the case, competition would only help to push up prices. What we get is a competition between buyers to buy a commodity of which there is not enough. If people do not get power, they will take to the streets and force the governments to intervene and buy power, whatever the rates. This is what happened in California in 2001, causing a huge loss to the consumers and bankrupting the electricity companies. This is what is also happening to the state owned distribution companies in the country today.
When we look at the top private traders in the short term power market, the picture becomes even clearer about who are the beneficiaries of the coal scam. The top companies are Jindal, Adani and Lanco, also the major beneficiaries of the coal allocation.

Of course, there are a whole bunch of other beneficiaries as well. Tatas and Reliance are not only producers but also distributors, serving urban areas where the rates are relatively high. So is CESC. They therefore do not need to sell in the short term market but can sell directly to their distribution companies. Also coal mines have been given to stock market operators like India Bulls, new “players” like Jaysawals, Abhijeet group, etc.  with no prior experience of either power generation or handling coal mines. A number of them have repeated the story of 2G – have got the allocation of the mines, floated shares of the companies and sold them at a huge premium based on their coal mines. This is what Sibal calls the “normal” business.

We have to agree that normal business of capital is loot – and this is what the coal allocations and the power market clearly bring out – looting of natural resources through selective allocation and a power market to loot the consumers.