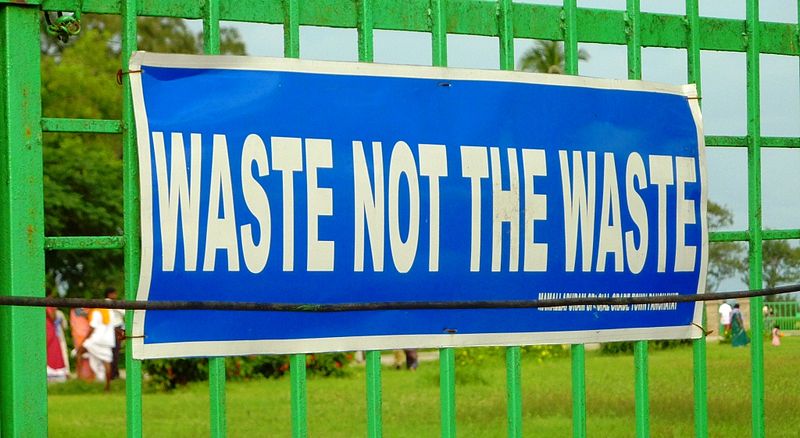 Municipal solid waste (MSW) has become a massive problem in India’s cities and towns and poses huge problems for public health, the environment and urban living conditions in general. About 170,000 tonnes of MSW are generated per day in the over 8,000 urban centres in the country. Most municipal bodies focus their work and funds on collection and transportation of these wastes, but little effort is put into their proper treatment and disposal. Different policy recommendations, often contradicting each other as regards technology and organizational structure, have been made from time to time, mostly by central government agencies but also by the states, and implementation and monitoring have also proceeded along diverse trajectories.

Of late, however, it appears that the government is coming down decisively in favour of incineration-based waste to energy (WtE) projects in the PPP (public private partnership) mode, at least for major metropolitan centres and big cities. Delhi and the National Capital Regional are emerging as a major hub and pace-setters for other cities.

The government’s think tank, Niti Aayog’s 3-year Action Agenda for 1917-20, a part of its 10 and 15-year “vision,” makes a powerful and unambiguous recommendation for incineration-based WtE. It characterizes thermal treatment of wastes as “the only” sustainable disposal solution and, among various thermal technologies, declares that “incineration is the best option.”

No technical authorities or experts are cited for this technology choice. On the other hand, most technical experts both nationally and internationally, as well as numerous directly concerned bodies in India including within the government itself, oppose incineration in India in particular and in developing countries in general on several grounds, based on the science and also on the experience. (Comparisons with modern WtE plants, of which there are many, in developed countries are not really valid, given the advanced and expensive technologies used there, the more stringent pollution standards and monitoring, and the different characteristics of waste streams.)

First, domestic waste streams in India have low heat and high moisture content, making WtE energy-inefficient. Second, incineration has high risks of releasing toxic substances into the atmosphere from improper segregation of wastes and due to incomplete combustion, these risks being compounded by weak pollution regulation and monitoring as is common in India. Thirdly, incineration discourages segregation of wastes at source, indeed incentivizes centralized collection, transport and treatment of non-segregated wastes, which goes against best practices of waste handling and also virtually eliminates income and livelihood opportunities for informal sector workers traditionally involved in collection and recycling of wastes. Finally, this technology privileges large corporations and profiteering at the cost of energy efficiency, economic viability, environmental sustainability and social benefits, through non-transparent financial and regulatory arrangements.

Before discussing these four factors underlying the undesirability of incineration-based WtE technology, a brief look at the experience in Delhi would be useful.

In the mid-1980s, the first WtE plant for handling 300 tons per day (tpd) and generating 3.75 MW of electricity was set up in Timarpur by a Danish firm, but shut down in a short time, precisely due to the low calorific value of the waste and the high proportion of inert materials (sweepings, dust, construction debris etc).

The next big venture was the Okhla WtE plant commissioned in 2012 for handling 1950 tpd and generating 15 MW of electricity, and operated by the Jindal Group. The project has been mired in controversy from the outset. The initial consent by environmental authorities was given on the basis that the Plant would operate on refuse-derived fuel (RDF) and generate energy from biogas, but the operators later switched to incineration. Residents of nearby densely-populated residential areas, along with several NGOs and public interest organizations, have doggedly opposed the plant on grounds of air pollution especially release of toxic dioxins and furans. This opposition also received support from several authorities from time to time, including then Environment Minister Jairam Ramesh and the current Chief Minister of Delhi. Relevant Pollution Control Boards also noted the unsatisfactory performance of the plant, but were seen to be shifting positions with changes of Ministers or governments in the State and at the Centre.

A long-standing case pending with the National Green Tribunal finally ended in February 2017 with a rather surprising verdict allowing continued operation of the plant, based on what the Tribunal said was evidence of no air pollution by the plant since 2014, itself ostensibly based on data provided by the Pollution Control authorities. NGT called upon the general public to “not to propagate the principle of “˜not in my backyard’ that too founded on no scientific data but only on mere apprehensions.” However, the solid ground upon which the petitioners stood was attested to by the order, in the same judgment, for M/S Jindal to pay a fine of Rs.25 lakhs for non-conformity with air pollution standards prior to 2014! Residents complained that the plant was operating only intermittently and it was not known when samples were collected and under what conditions.

Flurry of WtE Plants in Delhi-NCR

Since then, several more WtE plants have been approved and are at different stages of construction in and around Delhi.

A 1300 tpd and 12 MW plant has been set up at the Ghazipur landfill site by a joint venture of M/S IL&FS and Delhi Government, with an agreement by the Reliance-run BSES Yamuna Power Ltd to buy 49 percent of the electricity generated at Rs.7.90/Unit, the rest to be sold through open access. A Rs.650 crore plant in Narela-Bawana put up by Ramky Enviro Engineers of Hyderabad along with the North Delhi Municipal Coreporation is India’s largest WtE project and uses 1200-1600 tpd and generates 24MW while also producing compost and RDF, an improvement over previous plants, but with disposal of RDF still posing problems.

Recently, the municipal corporations of Gurugram and Faridabad in Haryana in the National Capital Region (NCR) have entered into an agreement with one M/S Eco Green Ltd for a Rs.330 crore, 1200 tpd (700 from Faridabad and 500 from Gurugram) and 10MW plant that will ostensibly made RDF and compost. Electricity generated will be sold to the State Electricity Board at Rs.7.05/unit against what the company claims is a production cost of Rs.10.40/unit, the balance to be recovered from the two Corporations.

In all cases, contracts cover collection, transportation to site, and utilization as well as disposal. No segregation is envisaged in any case.

Subsidies galore No other details are available of how capital, operational costs and revenues are to be shared between the private entity, municipal authorities, State and Central governments.

The Niti Aayog 3-year Agenda refers to the Swachch Bharat scheme, hinting at possible use of those funds. In Gurugram-Faridabad, municipal authorities are reported in the press to have stated that Smart City funds would be drawn from if necessary. It would be interesting to see whether any of these WtE plants are located within the tiny portion of each of the cities where the “Smart City” projects are to be implemented, or whether the “in your backyard, not mine” principle will apply!

The first and clearest enunciation of governmental financial support for WtE projects was made in the Union Budget of 2013-14 wherein viability gap funding, low cost capital, and a repayable grant were provided for. Capital subsidy of Rs.2 crore per MW of energy subject to a ceiling of Rs.100 crore was also provided by the Ministry of Renewable Energy. While the exact continuity or change under the present government is not known, the Swachch Bharat Mission provides a 20% grant to encourage PPP projects, supposedly with freedom to choose technologies, but the Ministry of Urban Development (MoUD) guidelines specially mention WtE technology.

Let us now look at the technical, energy and social aspects.

Calorific value (i.e. energy content) and moisture content of wastes determine suitability for thermal conversion processes. The MoUD guidance manual calls for calorific value greater than 1200 kcal/kg (kilo-calorie per kilogram) and moisture less than 45%. International agencies call for considerably higher values, with the World Bank recommending around 1600kcal/kg and an absolute floor of 1450 kcal/kg. Most sources converge on figures of 1200-1400 kcal/kg or 2200kcal/kg if significant energy recovery from process heat is sought.

Most studies in India show that household wastes in India have far lower calorific value ranging from 800 to 1200 kcal/kg at source, that is, not counting for removal of recyclable wastes before it reaches its treatment destination, and much higher moisture content of 60-75%. Therefore almost all studies, such as those conducted by the erstwhile Planning Commission, the Municipal Corporation of Delhi, the National Environmental Engineering Institute (NEERI), Nagpur, and the Central Pollution Control Board have all concluded that Indian wastes are unsuitable for thermal conversion and best suited for composting due to its “low calorific value and high moisture content with high percentage of non-combustible materials.” The United Nations Environment Programme’s (UNEP’s) comprehensive international review underlines that informal sector workers “recover much of the dry, high calorific material”¦ leaving a moist residue with high green waste content unsuitable for [combustion] without considerable pre-treatment (that is, drying). This requires additional external heat inputs which, as the Planning Commission and MoUD guidelines agree, makes the process energy inefficient and renders the remaining waste unsuitable for thermal conversion. Most of these studies and reports also recommend composting as the most suitable option for India, with some potential for bio-methanation i.e. conversion into gas.

Despite all this evidence, both the erstwhile Planning Commission and the present Niti Aayog gave the go-ahead for thermal WtE projects. A charitable interpretation would be that a large, centralized operation which occupies relatively less space than landfills, disposes of the waste while doing away with messy segregation, and even generates energy, is certainly desirable. The flip side is that, if this dream is to be realized, and the corporate sector is to be involved, then the problem posed by the removal of high-calorific value material by the informal sector must be tackled. As one corporate waste management study complained, “around 500,000 ragpickers across the country extract recyclables, leaving behind waste of very low content and quality.” Solution therefore is to remove the informal sector from the equation and look for end-to-end handling of wastes by a single corporate entity!

It is thus that, despite all the rigorous studies by numerous agencies, the powers that be have pushed WtE as the preferred option and have configured financial, institutional and regulatory arrangements to facilitate this otherwise non-feasible option and enable profit-making by corporates aided by substantial subsidies and support.

It is to be noted that the Solid Waste Management Rules notified by the Ministry of Environment as late as 2016 recommends segregation at source, decentralized composting and bio-methanation and, specifically, involvement of informal sector workers. Yet, driving forces behind government policy and implementation have gone in the opposite direction. Former Planning Commission studies had even concluded that substantial proportion of wastes should be either composted or have methane extracted, leaving only a small fraction for thermal treatment, But, probably because this small fraction would then render thermal conversion unviable, had nevertheless pushed for incineration-based WtE.

As one expert has remarked, these undesirable consequences as regards energy balance, economic viability and job losses among the poor are, in fact, “fairly well-known, acknowledged but subsequently ignored in policy circles in India.”