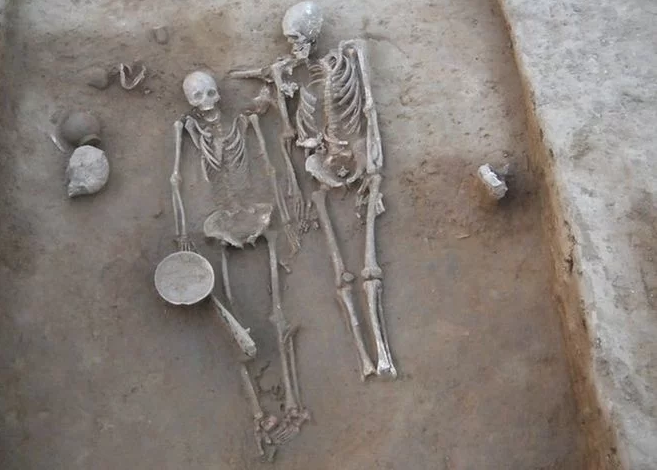 TWO recent studies on ancient DNA and migrations into South Asia appeared at the same time in two of the most prestigious journals of their disciplines, one in Science, and one in Cell. Both share a number of common authors and have used Harvard’s genetics laboratory resources. Each of the papers are important in their own right. The Science paper reports ancient DNA from 523 samples from a number of sites in Iran, Central Asia and Anatolia, and comparing it to the current population in the region and in south Asia. This study has increased our number of such ancient DNA samples by fully 25 per cent.

While the Cell paper reports only one such sample, it is the only sample till date from anywhere in south Asia, which is from an Indus Valley site and from a time which would be in the heyday of the Indus Valley Civilisation. As one of the authors commented, ancient DNA is better done in climates that are cold and dry, both of which India is not, leading to very few skeletons providing ancient DNA. The 61 skeletons from a Rakhigarhi burial site yielded only one sample that could be sequenced properly. This, for the scientific community, is indeed a major achievement by the group. Vagheesh Narasimbhan, one of the lead authors in both the papers, and David Reich, who heads the Harvard laboratory has described both the difficulties and also the methods they used to amplify the ancient DNA signal from the background noise of other contaminants.

We have covered in these columns the earlier results (available in an earlier version in bioRxi) of the work of the Reich group in Harvard and their associates spanning across the world including India. They had shown that migration of the steppes people from the region between the Black Sea and the Caspian Sea is visible in ancient DNA explaining the current genetics profile of the European people as well as the South Asian population. They also seem to map closely with the current distribution of languages groups known as the Indo-European group of languages. In South Asia, the current genetic distribution in the population, show a higher prevalence of the Steppes ancestry in the male Brahmin population in North India. There is decline of this signature as we go to the south or to the east, therefore identifying the entry of the steppes people from the north-west South Asia. The current results published in the Science only strengthen this picture with even more data samples.

The real importance of the Science paper is reading it with the Rakhigarhi paper in Cell. It shows that the single skeleton that yielded DNA was of a woman who was buried ceremonially roughly about 4,500 years ago. This would mean it predated the steppes migration into South Asia which takes at least 600-1000 years after that. The ancient DNA shows the absence of the steppes signature, and therefore the strong possibility that the Indus Valley civilisation was built by people who do not have the steppes signature unlike the people in the same region today, or that is present in upper caste men in South Asia. Even more striking is the finding of 11 skeletons in two sites, Shahr-i-Shokta in Eastern Iran, and in Gonur in modern Turkmenistan, a part of the Bactria Margiana Archeological Complex (BMAC). These 11 skeletons have no relation to the DNA recovered from other skeletons, but are genetically very close to the Rakhigarhi DNA. And all the 12-11 from Gonur and Shahr-i-Shokta and one from Rakhigarhi – show strong South Asian ancient population markers, apart from that of ancient Iranian hunter gatherers.

With this, we can now make two statements, that the Indus Valley people had trading outposts in Gonur and Shahr-i-Shokta, but did not intermarry with the local population. Second, the skeletons in Rakhigarhi, Gonur and Shahr-i-Shokta do not show steppes signature in this period, even though the steppes signature shows up in later periods and in the current populations of the area. Clearly, all the three sites were yet to see a steppes migration in this period.

Prof Shinde, formerly the vice chancellor of Deccan College, has headed the Rakhigarhi digs and provided Prof Reich’s group with the Rakhigarhi skeletons, and is one of the authors of the Rakhigarhi paper. He is a known associate of the RSS and very much a part of their science organisations. In a press conference, he asserted that somehow the genetic evidence from Rakhiharhi shows that there was no Aryan invasion, and the Indus Valley people spoke Sanskrit. The absurdity of asserting what language the Indus Valley people spoke from ancient DNA is obvious. No DNA from any human being is an indication of what language she spoke. Prof. Shinde is an archaeologist, and asserting his belief on the basis of ancient DNA evidence, is straying far outside his academic competence. As all the other lead authors have “politely” pointed out, including Niraj Rai from the Birbal Sahni Institute, Lucknow and Vagesh Narasimbhan that the ancient DNA evidence from Rakhigarhi does not bear out Prof Shinde’s contention.

In other countries, such studies of ancient DNA and their findings are of interest only to scholars. In India, it is immediately a matter of controversy. The Hindutva brigade has, as a corner stone of their theory, the belief that Sanskrit and the Vedic speakers are indigenous. If they are shown to have originated from outside India, then their communal agenda of India being the pitrubhumi and the punyabhumi of the Hindus and therefore Hindus having higher claims to this land, would have to be discarded. The Rig Vedic Aryans would instead, be only one among the other invaders who have come into India.

For the RSS and other Hindu supremacists, any evidence that Vedic Sanskrit speakers, who spoke an Indo European language, came from outside has to be rejected; not on the basis of evidence but on the basis of belief. The former chairman of ICHR, Prof YS Rao even went to the extent of saying our oral history – our mythologies and epics – have not only to be taken as real history, but given a higher position as evidence than any archaeological or linguistic evidence. To this list of evidence that have a “lower” position for the Sanghis, must be now added genetic evidence; to be accepted if it validates the thesis that Indo-European language speakers originate from South Asia, but rejected if it does not.