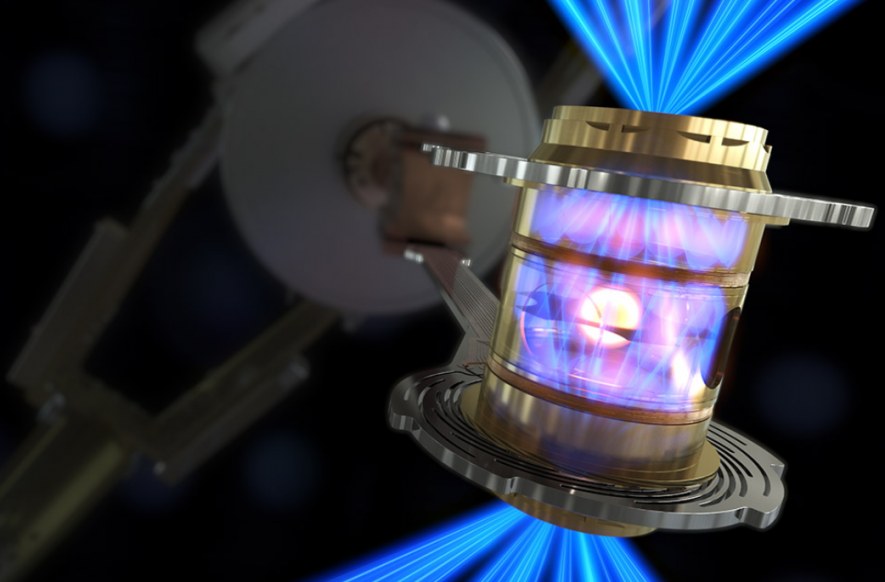 The Lawrence Livermore Laboratory’s advance in achieving fusion energy using lasers has been splashed as a huge success worldwide. So what is the success all about? The joint press release of the United States Department of Energy and the National Nuclear Security Administration says this experiment “will pave the way for advancements in national defence and the future of clean power”. In other words, there is a weapons component to the fusion experiment. The Department of Defence is the Department of War.

Talking to the Bulletin of Atomic Scientists, Prof Richard Rosner of the University of Chicago, a former director of the Argonne National Laboratory, explained that the experiment’s primary purpose was to test the health of the nuclear weapons stockpile without conducting an actual explosion. The controlled fusion experiment was a real-life test of a laser system. It showed it is possible to ignite hydrogen (in this experiment, a mixture of the hydrogen isotopes deuterium and tritium) using lasers to produce a little more energy—therefore, a net gain—than the lasers supplied. However, if we take into account the energy required to produce the 192 laser beams, then, alas, the experiment is still very far away from a net gain. The possibility of viable fusion energy production using lasers is at least a few decades away. It is as good as saying we do not know when—or if at all—the production of fusion energy will be viable.

But why was this experiment required, as the press release says, for advancements in national defence?

The Comprehensive Test Ban Treaty was originally thought to be an intermediate step towards total disarmament. Initially, the maintenance of complex equipment—the thermonuclear nuclear warhead—was done by replacing faulty parts from other disassembled bombs. It may still be possible to continue on this path if all disassembled bomb parts are kept in the inventory or if a few parts are manufactured, even at a high cost. But the question remained: what about the health of the fissile material itself? How long would it stay stable and usable?

The task of the “stockpile stewardship” program of the United States government-owned National Nuclear Security Administration (NNSA) was to ensure the “health” of the bombs without conducting physical tests. The just-conducted test at the Lawrence Livermore Laboratories ensures that nuclear materials are still functional: take a few samples from the stockpiled bombs, ignite them using the complex 192-laser system it has built, and see whether the outputs are as expected. If yes, the stockpile is still of “healthy” hydrogen bombs. No physical tests are necessary, and the “crown jewels”—this is what Colin Powell called them—of the United States armoury are still as potent as ever! It also ensures that people handling such complex tests really know what they are doing.

The NNSA funds the team that worked on the laser project at the Lawrence Livermore Laboratory. This one and the Los Alamos Laboratory are the two biggest weapons research laboratories in the United States. In other words, the funding for the Lawrence Livermore experiment came from the stewardship program of the NNSA, which looks after the health of the nuclear bomb stockpile that the United States maintains.

How much does the ageing stockpile of nuclear weapons cost the United States? Daniel Gross tells us that upkeep—storage, protection, and maintenance—requires about $20 billion annually, nearly three times the National Science Foundation’s budget.

Apart from its primary purpose of checking out the health of the hydrogen bomb stockpile, does the Lawrence Livermore laser experiment have a significant spin-off in terms of fusion energy? Indeed, there have been several military-to-civilian transfers in the past. So why does this not herald a possibility of plentiful fusion energy and, therefore, a move away from fossil fuels and global warming due to greenhouse gas emissions? The simple issue of time is crucial here. If we do not cut emissions drastically in the next 10 to 20 years, the window to reduce greenhouse emissions, so that the temperature rise can be limited to 2 degrees Celsius, will close. We no longer have the luxury of time. Therefore, anything that happens at least two decades in the future will no longer be relevant in limiting global warming.

So let us forget fusion energy with respect to global warming. But can fusion be a source of grid energy? If not stop or slow down global warming, can it be a long-term, plentiful energy source?

Leaving out the easy answer—we already use fusion energy since solar energy arises from the fusion in the sun—yes, it is a possible source. But then we must address two other questions. One is a science-technology question: what processes do we use to produce more energy output than we must spend as input? And two, what will achieving this cost us? Always, it is the technologists who ask the second question, ‘OK, it works, but at what cost?’ Is it cheaper or at least comparable to other technologies?

The science component is the easy one to answer. As Prof Richard Rosner says in an interview with the Bulletin of Atomic Scientists, we solved this problem long back. The hydrogen bomb uses a fission device—a miniature atom bomb—as the trigger, which causes fusion in the hydrogen envelope that surrounds the trigger, initiating nuclear fusion. To quote Rosner, “So we have known how to fuse hydrogen and release energy for a long time—in 1952, we exploded the first thermonuclear device, whose detonation was largely the result of hydrogen fusion. So we’ve known how to do that for a very, very long time.” Lawrence Livermore Laboratory has achieved the same but under controlled conditions.

But is it even the first instance of controlled fusion? No, other facilities have achieved it, too, using the electromagnetic compression of hydrogen in what are called Tokamaks. In a few cases, the fusion lasted much longer. New in the Lawrence Livermore experiment is more energy output than input from the lasers—hence the “net gain”. But the energy needed to produce the 192 laser bombs that compressed a tiny capsule containing a mixture of deuterium and tritium would be about a hundred times more than what the lasers supplied to the capsule.

Leave out the question of energy involved in firing the lasers. Consider what scaling up we require to make laser-firing hydrogen a viable energy source. The answer is quite depressing. To cite Rosner again, we will need to fire such laser beams ten times per second and a million pellets/capsules per day before we can say the process is viable. And this is before accounting for the cost of the process and whether it can become economically viable.

Are there better alternatives to creating fusion energy than laser beams? In the Tokamaks, a fuel consisting of a mixture of hydrogen isotopes is compressed with electromagnetic forces that lead to fusion. This has been tried out in various institutions. At the moment, the Chinese experiment, called EAST, appears to be in the lead, followed by JET, the European Tokamak. The ITER Tokamak, an international project in which India is a partner, is scheduled to come on stream by 2025. But it plans to produce sustained fusion energy output ten times the input, using deuterium and tritium, only by 2035. Still, it will not produce electricity, as that is a well-known technology with no new research component.

Why do we find it so challenging to produce fusion energy when the stars, including our sun, do it so easily? The answer is that the enormous gravitational force of the sun compresses hydrogen far more easily than we can. The problem here on earth is compressing hydrogen isotopes without such a gravitational force. That is why we need lasers or electromagnetic forces to do what gravitational force easily does for stars. Second, we need alternates to fossil energy here and now. As I have written previously, the challenges are storing the energy generated from renewable sources like the sun on the grid and switching to mass public transport to make the energy transition we urgently need. It is not solving the far more difficult problem of creating mini-suns here on earth.