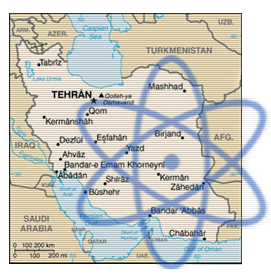 THE negotiations between Iran and nominally P5+1, but in reality the US, have led to an interim accord in which Iran will temporarily restrict its nuclear program and the US will ease some of the sanctions on Iran. This is prelude to a permanent agreement which will spell out the terms on which Iran can continue its enrichment program and the complete lifting of all sanctions on Iran.

While we must all be happy that instead of the daily threats of bombing and another invasion of a West Asian country by the US and its allies, we have some promise of peace, the path to a complete understanding on Iran’s nuclear program still remains rocky. The spoilers could be Israel, where Netanyahu has already threatened the accord, Saudi Arabia which earlier wanted the US to bomb Iran and of course the US Congress, whose cooperation Obama will need to lift the sanctions. One should not forget that a number of international treaties and agreements – climate change, Comprehensive Test Ban, etc – have all been held hostage to the domestic politics of the US.

The key features of the interim accord are a) Iran temporarily halting the expansion of its fuel enrichment program b) stopping further activities on the Arak heavy water reactor, c) not going beyond 5% enrichment for these six months and d) converting the already enriched 20% uranium into either uranium oxide or dilute it back to 5%. In return, the P5+1 countries agreed to ease sanctions of about 7 billion dollars in this six month period.

The key elements of the interim accord show that both sides have conceded very little. Iran’s nuclear program was not meant for a weapons program, a fact conceded even by the US intelligence agencies. It was for developing nuclear capability and asserting its right under the Nuclear Non-proliferation Treaty (NPT) to the complete fuel cycle. It was the US and Israel that have sought to conflate nuclear capability with nuclear weapons and have been asserting that Iran does not have the right to the nuclear fuel cycle. All their actions have been based on denying Iran nuclear capability. In their view, it is nuclear capability that brings about a strategic parity between Israel and Iran. And that means accepting that Iran would be a regional player in the region on par with Israel.

Iran’s enrichment to 20% level was due to the US denying fabricated fuel for the Tehran Research Reactor as it was originally contracted to do. And without a functioning Tehran Research Reactor, Iran would not be able to provide radioactive isotopes vital for cancer treatment and a host of other medical diagnostics.

Iran therefore agreeing to convert its existing stock of 20% enriched fuel is not a concession; it is what Iran was doing already – fabricating fuel plates for the Tehran Reactor. It does not need 20% enrichment for its other reactors. What it has conceded is that it will not expand its current enrichment program or its activities on the Arak heavy water reactor. The Arak heavy water reactor is again a research reactor, meant to take over from the ageing Tehran Research Reactor, which is due for retirement. As any heavy water reactor, it produces plutonium. However, to extract weapons grade plutonium, Iran has to construct a new fuel reprocessing plant and further facilities, none of which it is constructing. Bringing Arak reactor into discussions of a weapons program was always bad faith on part of the US and its allies. The recent antics of the French over Arak makes little sense unless it was a ploy for France to curry favour with Israel and Saudi Arabia.

In return, the US and its allies have agreed to suspend some minor sanctions on Iran and repatriate an agreed amount of its frozen funds. It has been estimated that the benefits to Iran would be of the order of $ 7 billion. Considering that Iran’s frozen assets itself are of the order of $100 billion, this is pocket change for Iran. Nevertheless, it does give some breathing space to countries like India, who have been hampered in their oil imports from Iran by sanctions on companies that have to insure the tankers carrying oil.

The US has tried to portray the interim agreement as a major victory. Obama claimed that this is the first time that Iran has agreed to halt its development of nuclear weapons program. As Iran has always claimed that its program was completely peaceful and has always been willing to put all elements of its program under IAEA safeguards, this is of course a US victory over Iran in a war that Iran never fought. Obama is also wishing away that it could have secured a better deal out of Iran in the earlier round of discussions in 2003-2005, and also when Brazil and Turkey had negotiated a deal which the US had earlier agreed and then subsequently rejected. What Iran always wanted is its right to the fuel cycle as its right under NPT. Not only has the US conceded this right in the interim agreement, but the words in the final end-state as spelt out also talks about “a mutually defined enrichment programme with practical limits and transparency measures to ensure the peaceful nature of the programme”. In other words, the US has conceded Iran’s rights to the fuel cycle, the only issue for discussion is the limits and what kind of inspections IAEA would carry out.

While the accord is indeed welcome, the difficulties in the path of final negotiations should not be underestimated. As we saw in the Iraq case, inspections can be intrusive and it is possible to continuously enlarge these inspections to include all major military installations. This could allow the US to map with exact GPS precision (all it needs is a smart phone to be carried by an inspector) every significant military infrastructure that Iran possesses. It is this kind of inspection fishing that Iran disallowed earlier that was made out to be Iranian intransigence. The threat of using IAEA inspections to do straight-forward spying and mapping Iranian infrastructure for pin-pointed strikes still remains a threat and could lead to break down of future talks. The final bounds on Iran’s enrichment programme could also be a deal breaker.

Coupled with this, is the possibility of the US Congress can itself scuttle the talks; either to spite Obama or to help Israel. All it needs is to impose fresh sanctions on Iran. Given the influence that AIPAC and Israel carries on Capitol Hill, this would be an immediate deal breaker. While Israel would like this to happen, its ability to bend the US Congress to its will has weakened recently. Neither over Syria nor over Iran, does it seem that there is an appetite in the US for further military ventures abroad. And the US Congress has to decide whether it should show allegiance to the Zionists at home and in Israel or to the desires of ordinary Americans for peace.

The two casualties in Iran peace process are Israel and Saudi Arabia. Netanyahu has embarrassed himself on numerous occasions by his statements on Iran. The worst was his hand drawn childish sketch about how near Iran was to the bomb which he displayed in the UN. At one stroke, now Iran has dropped considerably below his “danger mark”. Any sane person would have thought that Iran going so far below danger mark would be welcome from Netanyahu’s viewpoint. Not so. Instead, he has called the interim accord a historic mistake. What this brings out is that Israel is not interested in any peace accord; it wants the US to bomb Iran to the stone age so that it can be the only military power in the region. The nuclear issue is only an excuse; if it was not there, some other issue – chemical weapons, biological weapons – would have been whipped up as it was in Iraq’s case. WMD’s have a nice ring, no matter what the reality is.

Saudi Arabia has now embarked on a very dangerous path. It is openly backing Sunni fundamentalism or Takfiri/Wahabi Islam all over the world and arming military groups in Syria, Iraq and Lebanon. While it is unlikely to succeed in a regime change anywhere in the region, its ability to impose destructive wars should not be underestimated. Saudi Arabia with its huge cache petro-dollars remains a potent threat not only in the region but also to countries outside.

Why should such small concessions on either side add up to such a major news event? For this, we have to look at the larger picture. Iran and the US have been in a cold war after the fall of Shah of Iran. Iran has not forgotten how the Shah was installed in power by the US overthrowing Mossadegh’s government in the 1953 coup for wanting to nationalise the Anglo-Iranian oil company. Neither has the US forgiven Iran for overthrowing the Shah and holding the US diplomats hostage in Tehran. So this accord is a significant turn in the relations between Iran and the US. It is the larger atmospherics that such an event creates that makes rewinding the war campaign more difficult.

For India, the Iran accord is welcome for many reasons. It eases the burden of oil imports and makes it easier to continue its commercial relations with Iran. Hopefully, India’s two votes in the IAEA, which were admitted by US officials themselves to have been extracted through coercion, will now be forgotten. India needs to have good relationship with Iran if it wants to be recognised as a player in the region.