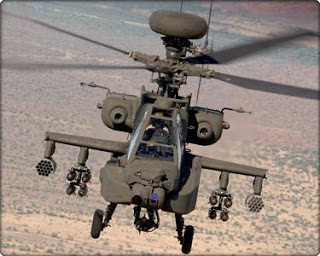 When India rejected the two US contenders for its prestigious and much awaited $10 billion order for medium multi-role combat aircraft, many in the US raised shrill protests that India was not living up to US expectations and gratefully repaying the US for the Indo-US nuclear deal and for helping India break the international nuclear embargo and related impediments in acquiring other advanced technologies.

They need not have worried. Notwithstanding specific preferences, as in the MMRCA deal, India has in fact thrown open its doors to US military hardware in an unprecedented manner. Some in the US continue to lament that India has not yet made a “big-ticket” purchase from the US that would also signal a strategic breakthrough in military-to-military relations. Whether the Indo-US nuclear deal represents a strategic breakthrough, especially as regards key Indian interests in facilitating independent Indian pursuit of a self-reliant development of technology over the full nuclear cycle, and removal of all discriminatory restrictions in nuclear and high-technology commerce, is itself in serious doubt, raising questions about whether a quid-pro-quo from India is called for at all. Yet, as many commentators including the present author have been pointing out, India has made many important and some would argue strategic arms acquisitions from the US which, put together, have provided substantial momentum to the India-US mil-mil relationship, often described by the US as the cornerstone of US-India relations.

The latest is India’s decision to acquire 22 AH-64D Block III “Apache” Longbow attack helicopters from Boeing with an option for additional choppers later. While India’s Ministry of Defence (MoD) has yet to formally announce the order, the US Congress has been notified of the sale, as per usual practice in preparation of a formal announcement, so that the transactions may be completed without delay. And riding on the back of this sale are a wide range of cutting-edge weapons systems. These sales, while not monster-sized in themselves, also pave the way for future and potentially much larger sales of US helicopters and weapons, especially missile systems, to India.

Apache deal A considerable part of India’s recent military acquisitions can be seen as being due to long-postponed requirements that have acquired urgency in view of end-of-life condition of the equipment concerned and the lack of suitable replacement due either to failure of indigenous development or to delays in external acquisition. This has been the case with jet trainers, mainline combat aircraft, tanks, heavy artillery and so on. Other acquisitions however relate to the on-going rapid modernization of the Indian armed forces linked to the changing security environment and the so-called revolution in military affairs meaning new technologies that have re-shaped the nature of warfare. The two categories are not of course de-linked since inordinate delays in indigenous development or external acquisition have also meant defence services having to persist with obsolescent equipment for a long-time and acquisitions, when they do happen, then tend to leapfrog over several intermediate stages to more contemporary if not state-of-art technologies.

India’s shopping list for helicopters fall broadly into this category. The mainstay of the Indian military helicopter fleet have been ageing Soviet-era machines and French helicopters which have undoubtedly performed yeoman service over the years in operational situations that placed somewhat limited demands on them. India has had some success in developing its own helicopters but an effective military version of the Dhruv Advanced Light Helicopter (ALH) is yet to see the light of day and can perform only a limited set of roles.

In October last year, the Russian press quickly followed by the international and Indian press reported that Russia’s contender, the Mi-28N “Night Hunter” attack helicopter had been rejected by India after having failed to meet stipulated requirements in many specified parameters during Indian field trials and other evaluations. With the Eurocopter Tiger not having been shortlisted at all, and other US competitors such as Sikorsky’s Black Hawk and Bell’s Super Cobra having been eliminated earlier, this left Boeing’s Apache AH-64D Block III as the sole remaining contender. Reports suggest that the armed forces are pleased with the Apache’s performance under both the extreme conditions to which all prospective aircraft are subjected, namely the hot western deserts and the cold high altitude Himalayas.

The helicopters themselves are said to cost around $600 million (Rs.3000 crore) but the deal as a whole, with weapons systems, spares, training and support, is expected to be worth around $1.4 billion (Rs.7000 crores). May not be “big ticket” or highly strategic, but the deal is not small change either.

Significant as this deal itself is, there are strong indications that this is a precursor to India acquiring other US-made helicopters in an estimated requirement of 700 helicopters over the next decade, as well as a whole range of helicopter-borne missiles and other weapons systems, as also other missiles and weapons from these manufacturers, thus prizing open a much larger chunk of the Indian military acquisition market and establishing a solid US presence in India.

Missile deals Raytheon, which already has strong India operations in both military and civilian aviation sectors, has been quick to offer the air-to-air version of the famous US Stinger missiles which, in its shoulder-fired version, earned renown for its effectiveness when used by US-aided Islamist militants against admittedly lumbering Soviet helicopters in Afghanistan in the ‘80s. A Russian origin Indian Air Force Mi-17 was also brought down by Pakistan-operated Stingers during the Kargil conflict.

While the helicopters are being sold to India under the Direct Comemrcial Sales (DCS) route, the missiles would be sold as government-to-government Foreign Military Sales (FMS) which is mandatory in the US for sensitive and strictly regulated items such as missiles. It is worth recalling that when India recently acquired 24 Boeing Harpoon Block AGM-24L Block-II air-to-sea anti-ship missiles for heightened patrolling by its Jaguar strike aircraft over the Arabian Sea after the Mumbai attacks, it did so under FMS rules and after signing the USA’s End User Monitoring Agreement (EUM) and Enhanced End User Monitoring (EEUM) Agreement, departing from past practice and ignoring protests by many especially the Left.

Having got in through the Apache deal, Raytheon is now offering the Stingers for the 179 multi-purpose Light Combat Helicopters made by Hindustan Aeronautics Limited, of which 114 and 65 are proposed to be acquired by the Army and the Air Force respectively. The original idea was to equip these helicopters with the Indian-made Nag missiles but Raytheon now has its tail up.

As do other US missile manufacturers. Boeing’s Apache is slated to come equipped with Lockheed Martin AGM-114 Hellfire anti-tank and other missiles, along with Longbow fire-control radars made by Lockheed Martin and Northrop Grumman. The deal thus brings all three US military-industry majors into India, and all will be making a serious push into India on the back of it.

Raytheon India had even earlier declared its intention to adapt its vehicle-launched Javelin anti-tank missile to Indian conditions, and is currently in discussions over this with Tatas, which is making a substantial foray into military technologies. Even though US majors Boeing and Lockheed Martin lost out on the MMRCA deal when their F/A-18 Super Hornets and F-16s were found wanting by India after field trials, Raytheon is now pushing hard for supplying missiles for whichever of the two short-listed contenders India chooses, the French Rafale or the Eurofighter. Raytheon hopes to offer the AIM-120 AMRAAM “fire-and-forget” beyond visual range laser or infra-red guided missiles for the MMRCA, pitting it in direct competition with its European rivals such as the German-led European consortium MBDA, Mistral and British Aerospace or BAe Systems.

Boeing has added Harpoon missiles for the P8i maritime reconnaissance aircraft it sold to India. And all these missile and related tracking systems manufacturers are pushing the US government to rope India into a purchase or even a “joint manufacture” or “joint development” programme for missile defence systems.

The competition Needless to say, the burgeoning US-India strategic relationship and the consequent big US push into the Indian military market from which it was absent for many decades, has been viewed with rising alarm by rival and older India suppliers in Europe especially Britain and France, not to mention traditional military partner Russia.

Russia has hardly hidden its bitter disappointment at what it perceives as it being increasingly sidelined by India in favour of the US and other Western military hardware manufacturers. There is some appreciation that India is seeking to diversify its supply sources and even that Russian performance as regards timely supplies, spares and after-sales service has suffered especially in the post-Soviet era. Yet the shifting relationship with traditional partner India has been a bitter pill to swallow, even if Indian sourcing from Russia continues to be a major proportion of Indian acquisitions and a substantial contribution to keeping an ailing Russian manufacturing sector ticking.

Even back in October last year, Russia had been bitterly disappointed at is Mi-28 attack helicopter having been dropped by India from the tender eventually won by Boeing’s Apache. This on top of Russia’s Mig-35 not having made the cut for the MMRCA deal, even though India went with Russia’s Sukhoi design bureau for the joint development of a 5th generation fighter aircraft and a multi-role transport aircraft.

So too the Europeans who are, of course, crowing at their success in the MMRCA order which will go either to France or to an European consortium. But, after the Apache order, it increasingly looks as if India is going to select Boeing’s CH-47 Chinook for its tender for 12 heavy-lift helicopters. And whereas India had earlier rejected US company Bell’s offer for its huge 197 helicopter acquisition tender leaving only Eurocopter in the fray, in a move apparently under political pressure, India re-floated the tender to allow US companies to compete again.

Right now, US military suppliers have the wind behind them. The question is whether India will play a fair game, with a level playing field.

Even in the Apache deal, a suspicion about this remains. How come, even though the order is worth over Rs.3000 crore, there has been no mention of offsets? Is an exception being made?