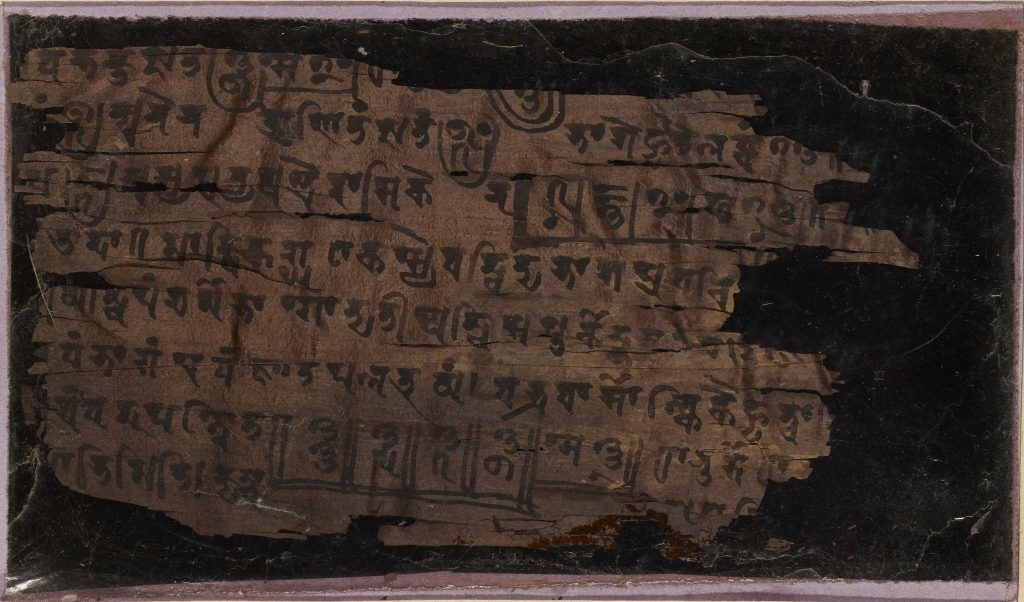 The BJP government has continued its inexorable march towards severely diluting the already weak environmental regulations in the country, as part of its drive to promote “ease of doing business,” in other words to serve the interests of the corporate class. The BJP and PM Modi, as testified by his campaign rhetoric in 2014 and by his record as Chief Minister of Gujarat before that, has always believed that environmental regulations are an obstacle to “development,” a term used as proxy for corporate industrialization and large-scale infrastructure.Â  This is indeed one campaign promise that the BJP is pushing hard to fulfil!

During its initial period in office at the Centre, the BJP government made an attempt through the notorious T.S.R.Subramanian Committee (one of whose members was Member Secretary, Gujarat State Pollution Control Board under then CM Narendra Modi) to re-write the whole gamut of major environmental laws to reduce oversight, redefine environmental damage in terms that would make it more acceptable and easier to do, and to thoroughly ease procedures for granting environmental clearances. At the level of implementation, the Gujarat government under Narendra ModiÂ  had been doing just that, blatantly ignoring or overriding environmental norms in sanctioning industrial and infrastructure projects, this scorched earth policy leaving behind a trail of heavily polluted lands and water bodies in huge swathes of the state, while corporate houses made merry.

Recommendations of this Committee were blocked by the relevant Parliamentary Committee. Since then, the Government at the Centre has been systematically dismantling existing environmental rules and regulations, undermining current laws, and issuing a series of executive orders or notifications to achieve its aims to promote corporate interests and large infrastructure at the cost of sometimes irreversible damage to the environment and harm to livelihoods and well-being of people of the area. The role of the BJP and its governments in Madhya Pradesh and Gujarat in completely ignoring the displacement of lakhs of tribals and others from the areas submerged by the Narmada Dams and the environmental damage caused alongside, while steamrollering all societal, political and expert opposition or criticism, and brushing aside repeated orders of the Supreme Court, are well known, and testify to the determination to brook no obstacles to the BJP’s pet projects.

Recently, the Niti Aayog has embarked on an exercise to review all the recommendations made by the T.S.R.Subramanian Committee and the comments received in response, and pass on the same to the central Government. According to press reports, it appears that the Government is keen to complete its intended overhaul of environmental regulations in India before completion of its term in office.

In the now hoary traditions of neo-liberal policy, the word reform has always been a barely concealed euphemism for de-regulation, that is, disarming the state’s powers to regulate and exercise oversight over various activities. Thus labour reform has meant crushing unions, easing hire and fire policies, dismantling rules governing terms of employment and working conditions, and so on. As regards environment, this has meant again dismantling environment protection legislation, disarming regulatory bodies and more or less giving carte blanche to industrial and infrastructure projects without concern for its environmental impacts. The present Government has been determinedly following this course, believing that concerns for the environment are misplaced and act a a barrier to economic development.

In this outmoded perspective, the now well-understood idea that most environmental issues have intrinsically interwoven societal issues as well, has been ignored.Â  A vast population in India, of tribals, forest and forest-fringe dwellers, hill peoples, fishers and other coastal communities etc are dependent upon natural resources for their survival, livelihoods and well-being. Most such communities are deeply affected by activities that would damage the environment and potentially destroy their way of life. Conversely, most such communities play an important role in environmental conservation and sustainable use of natural resources, precisely because their lives and livelihoods are intimately tied to it.

Nevertheless, the present government believes it is imbued with the wisdom to judge on the benefits to the wider society, even if one or the other particular section is affected by industrial or infrastructure projects. So, after the earlier abortive attempt at wholesale “reform” of environmental legislation, the government turned to diluting the regulatory norms, mechanisms and institutional frameworks that govern activities in a practical sense and, where necessary, give these the backing of official Policies, Notifications or executive orders pending any legislation in the future.

In pursuit of the above, the official mechanisms at the Ministry of Environment & Forests and Climate Change (MoEF&CC) for granting environmental clearances have been completely bureaucratized, with few if any independent experts, and with a clear mandate to make granting of clearances, rather than scrutiny, the rule. The outcome soon became evident when obtaining clearances became a mere formality and rejections or even questioning became as rare as a blue moon!

This has also found reflection in many Notifications. Since a comprehensive review of these is beyond the scope and space limitations of this article, a few examples may be highlighted here.

Some Recent Policies and Notifications

Basically, the Policy threatens the very nature of Forests in India in both their ecological and societal dimensions in several ways.

The new Policy treats forest cover and tree cover as interchangeable terms, which they definitely are not. It does so in order to promote plantation activities on the fringes and inside existing forests themselves, with the private sector playing an important role. The Policy envisages that because of the commercial importance of these plantation species, they would multiply fast and boost the chances of rapidly achieving the target of 33 percent forest/tree cover set earlier and reiterated under the Nationally Determined Contribution (NDC) to the Paris (Climate) Agreement. The climate angle assumes even greater importance in the new Policy because it claims that growth of such species of trees would not only promote carbon sequestration but also enable timber to substitute for steel, aluminium and other energy-intensive materials. This neatly side-steps the standing Supreme Court ban on clear felling of trees in forests, and the government no doubt will claim that since these are planted not naturally grown trees, felling should not be a problem! All this without changing the Forest Act!

However, the Policy avoids two crucial aspects. Ecologically, a mixed forest is very different from an area with planted commercial tree species. Even a cursory look at the pine monocultures left behind in Himachal and Uttarakhand by the British after their misadventures in pursuit of commercial forestry would suffice to show the devastating consequences of the latter. Commercial stands cannot provide the ecological services of maintaining bio-diversity, checking soil erosion, harvesting rainwater or snowfall and recharging surface or underground water bodies. Even carbon sequestration would not be the same as in mixed forests with diverse flora at different heights, higher potential for carbon storage in the soil etc. And socially, mixed forests but not plantations provide forest dwellers with fuel, fodder, non-timber forest produce and much else for their sustenance, livelihoods and well-being.

A modified Forest Policy with the above features would wreak havoc in India’s already delicately poised forests, and would open the floodgates to ecological destruction and commercial exploitation of India’s forests by corporate interests who could not care less about the environment, and would happily parrot the spurious arguments touted in the Policy to defend their role.

Another recent example has been the proposed amendments to the Coastal Regulatory Zone (CRZ) rules. The prevailing CRZ Notification of 2011 has already been amended 11 times, diluting its provisions considerably. The recent Notification, to which public responses have been invited till mid-June, makes a series of changes to the 2011 CRZ Notification which is the prevailing Policy. The new policy reduces the No Development Zone along the coasts from 100 metres for highly populated areas and 200 metres for less densely populated areas to just 50 metres for all categories of activities.Â  Over 3000 fishing village or hamlets operate along the Indian coasts and use this narrow strip of landfor parking fishing vessels, drying fish and fishing nets, salt production and various other activities including temporary shelters. This strip also contains salt marshes and a variety of salt-tolerant trees such as casuarina which also protect the coasts from erosion and from cyclones etc.Â  While the earlier 2011 Notification earmarked activities such as building structures for coastal erosion protection, land reclamation, dredging for ports and waterways etc for further studies, the 2018 Notification, without waiting for or taking into account for any such studies, has given blanked permission for all such activities besides “eco-tourism.” The new Notification would render this narrow coastal zone highly vulnerable to ecological damage and also harm the interests of hundreds of millions of fishers and other coastal peoples.

Without any explanation, the 2018 CRZ Notification also shifts the decision-making powers for all activities in coastal waters, inter-tidal regions, and ecologically sensitive zones from the States to the Centre.Â  Further, delineating High Tide Lines and Low Tide Lines was to be done by the States, which had wanted the Centre to specify guidelines for the same of uniformity. But CRZ 2018 has grabbed this opportunity to give all such powers under the umbrella of a specialized agency under the Centre.

Read along with the Niti Aayog’s moves to craft a new omnibus environmental legislation or at least new laws covering the major areas of air, water, forests, coasts etc, all these piece-meal notifications, policy announcements and government orders highlight the impending and dangerous formal overhaul of the environmental regulatory framework of this country. All democratic forces, all those concerned about environmentally sound development which also protects sustainable livelihoods and lifestyles of communities dependent on natural resources, need to be alert and get ready. A big battle looms ahead.