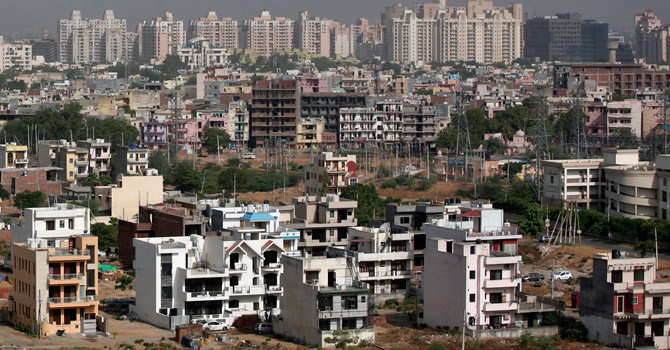 The Government of aam admi is poised to act once again in the interests of big business and against the interests of a vast majority of the people in this country. It has been widely reported in the economic Press that the Government has made up its mind to recommend a mechanism of fixing drug prices that will give a sanction to big drug companies to continue to profiteer and endanger the health of millions of people. As we have seen this Government doing repeatedly in the past few days, another burden will be heaped on the poor in India, and the Government’s spin doctors shall pass it off as necessary for the country!

The forthcoming policy change is a response to the Supreme Court’s directive to the Government to expeditiously take steps to control prices of all essential drugs. The Supreme court’s latest order is part of a series of directives that the court has issued since 2003. These are a response to a Public Interest Litigation (PIL) filed by several organisations (All India Drug Action Network, Locost , Medico Friends Circle and Jan Swasthya Sahayog), seeking measures to control drug prices and make them accessible.

In response the Government had constituted a Group of Ministers (GoM), headed by Sri Sharad Pawar, to recommend a mechanism for controlling drug prices. One can gauge the kind of pressure that has been exerted by the drug industry and the extent of capitulation by the Government, from the fact that this GoM has been unable to finalise its recommendations for 9 long years!

There was an attempt to rush through a drug company friendly proposal in 2011, when the Department of pharmaceuticals had released a draft policy. The draft policy, while unable to counter the compelling reasons for controlling the prices of all essential medicines, had resorted to a novel piece of deception. Realising that the Supreme Court would not be satisfied with anything less than the control of the prices of all 348 essential drugs, the draft policy had proposed an entirely new method for calculating the ceiling prices of drugs that would be put under price control, which it termed ‘market based pricing’. Press reports now indicate that the GoM has finalised a deal which will endorse the concept of market based pricing, as outlined in the 2011 draft pharmaceutical pricing policy.

Let us examine how this new methodology of price control (market based) differs from the existing mechanism. Till date the Drug Price Control Order (DPCO) has fixed drug prices at the retail end by using a ‘cost plus’ formula. When a drug was notified in the DPCO (i.e. placed in the price controlled category), the price of the finished product was regulated by calculating the cost of manufacturing the formulation using the necessary ingredients and then by placing a ceiling on the post manufacturing expense. The post manufacturing expense (MAPE) allowed included the profit for the company – as per the 1995 DPCO it stands at 100%. Thus if the cost to manufacture the formulation is Rs.1.00, it can be sold at Rs.2.00.

Instead of this method of calculating the ceiling price for drugs, a market based mechanism would rely on existing prices of drugs in the market. The existing drug prices have no relation to the actual cost of production, packaging and marketing. The prices of most of these essential drugs have been not been under control for almost 2 decades and companies fix prices based on what they can extract from the market, not on what it costs to manufacture these drugs.

Rampant Profiteering in the Medicines Market

A study commissioned by the National Commission on Macroeconomics and Health (2004) showed that there is a very wide variation in the prices of drugs sold in retail and those sold in bulk through tenders to institutions. The price differences ranged from around 100% to 5600%. What this means is that the same company sells the same drug at two different rates, and the rate in the retail market could be over 50 times the wholesale rate. Analysis of drug prices that prevail in the market show a wide variation between the prices of the same drug, sold under different brand names – with the variation meaning that the same brand can be sold at 10 times or more than the price of another brand of the same drug . The attached Table shows the kind of variation in prices that exists. For example the most expensive brand of Atenolol – a widely used drug for high blood pressure and cardiac ailments – costs 13 times more than the cheapest brand. The case of Amlodipine, another drug used in heart ailments, is even more startling – here the most expensive brand is 43 times more expensive than the cheapest brand of the same drug! The cheap brands would not exist in the market if they were not making a profit. One can, thus, calculate the kind of super profits being reaped by large drug companies, who are primarily responsible for marketing the expensive brands.

What is even more of a concern is that often, the more expensive brands sell much more than the less expensive ones. This happens because companies are able to promote their expensive brands by offering incentives to prescribers and chemists. This unholy nexus, that perpetuates high drug prices has been widely document and has been reported widely in the Press. In such a situation a reliance on market based pricing would mean that no steps would be taken to prevent profiteering by top companies, aided by their nexus with doctors and chemists.

The precise mechanism for market based pricing that will be recommended, shall calculate ceiling prices of drugs based on the ‘Weighted Average Price’ (WAP). In such a system the existing prices of different brands and their respective share in the entire market of a particular drug will be taken into account to compute the ceiling price. Such a method is entirely skewed, as the ceiling price fixed would largely reflect the price of the brand leaders. Generally 2-3 top selling brands – usually the most expensive or some of the more expensive brands — control a major share of the market. So price control will do nothing to bring down drug prices, and in fact will encourage cheaper brands to start charging more and approach the high ceiling price. This would only legitimize the rampant over-pricing of drugs by companies, prevalent today (see calculations in Table). No rational logic has been offered as to why the prevailing system of fixing prices based on a cost based formula is proposed to be abandoned. Clearly, the only overriding consideration is that the profits of big business need to be secured.

The recent announcement of the free drug initiative, whereby all public facilities are to make available drugs free of cost is a welcome step. However, as the Government itself accepts, it will take a fairly long time for the proposal to roll out across the country. Further, given the limited reach of the public health system, a very large number of patients will continue to depend on private purchase of medicines. Currently even in a relatively richer state like Maharashtra, only 12-15 percent of patients visit public facilities. In Tamil Nadu, which has implemented the policy of offering all medicines free of cost in public facilities since 1995, over 60% of patients are still forced to rely on private facilities and need to pay for medicines they require. It is not possible for patients to wait for both the complete rolling out of the free drug scheme and for the public system to cover the comprehensive health care needs of all citizens.

Moreover, both these conditions – the complete rolling out of the “free medicine in government facilities” scheme and universal and comprehensive access to public health care – are today in the realm of speculation. Repeated experiences in the past have shown that promises of this kind are seldom redeemed. While the free drug scheme has been announced with considerable fanfare, the central government has released a mere Rs.100 crores for this financial year, against the pledged amount of Rs.5,000 crores per year (itself a gross under estimation, premised on the present low coverage by the public health system). Some states, like Rajasthan recently and Tamilnadu from earlier on, have been trying to ensure provision of free medicines in the Government system on their own steam. What is also interesting to note is that in many states free medicines used to be generally available in public facilities till the early 1990s. The imposition of neoliberal reforms and the slashing of budgets in the social sector had led to imposition of charges in public health facilities, including for the procurement of medicines. The manner in which this Government has projected its ‘free medicine’ scheme as a radical measure is misleading. At best (that too if adequate funds are made available in subsequent years!) this is a restitution of an entitlement that should never have been encroached upon. After all, public health facilities are supposed to provide treatment free of cost, and this includes the cost of medicines. Further, even with optimum implementation, the scheme cannot be termed free medicines ‘for all’, as a large majority of patients who cannot access care in the public system will continue to have to buy medicines.

The Government’s own calculations reveal that 6 crore people are pushed below the poverty line every year because of medical expenses – i.e. out of pocket expenses paid by the patient at the point of delivery of health care. There is also evidence that around 80% of these out-of-pocket expenses are accounted for by the cost of medicines. The 1995 DPCO has not been revised for 17 years and of the 74 drugs originally part of the 1995 Order, only 25-30 drugs are of public health significance today. There is, thus, almost complete decontrol of drug prices in the country. The Government should heed the Supreme court’s directive and take steps to reduce drug prices and not take cosmetic steps to satisfy the court, while continuing to place the lives of millions in danger.

vs. Maximim and Minimum Price in the market today

Note: 1) All drugs listed are in the Essential List of Drugs

2) If WAP is calculated by discounting the price of the most expensive brand(s), WAP could be lower, but still significantly higher than the lowest price at which the particular drug is already available in the market