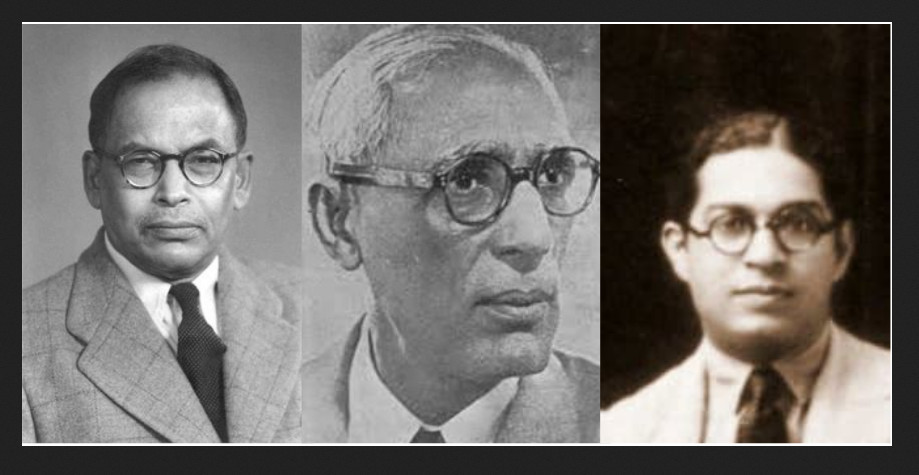 The story of Indian science generally focuses on the country’s first Prime Minister Jawaharlal Nehru and the scientific institutions that were built to help India industrialise. This story is incomplete, as it does not take into account the contributions of the India’s Left-wing scientists, such as Meghnad Saha, Sahib Singh Sokhey, Syed Husain Zaheer, as well as internationalist Left like JD Bernal and JBS Haldane, who are very much at the core of this story.

Science in India was anchored in a vision that a modern nation could only be built by combining scientific outlook—what Nehru called ‘scientific temper’— with planning science, technology and the economy, and a significant role for the State. While this may be commonplace view today, that science itself can be planned was completely heretical in the scientific community before the Second World War.

The 1917 revolution, its planned industrial development harnessing science and building a modern nation, was anathema to the established order in the scientific community. The Soviet delegation to the 1931 International History of Science in London, led by Nikolai Bukharin, provided a glimpse of what a different vision of science in society could be. A set of brilliant, young British scientists—JD Bernal, JBS Haldane, Joseph Needham, Lancelot Hogben—were inspired by the Soviet papers. This led to Bernal’s famous work, The Social Function of Science, the formation of science and society movement, and the unionising of scientists as scientific workers.

After the Second World War, the science movement gave rise to the World Federation of Scientific Workers, and also became an important component of the global peace movement—the World Peace Council. Bernal and Haldane had close connections to Indian science subsequently, while Needham worked, with his Chinese colleagues, on the monumental 16-volume history of Science and Civilisation in China. All three were members of the Communist Party of Great Britain.

In Calcutta, a young group of scientists with Meghnad Saha were similarly engaged in the 1930s on science, planning and the socialist experiment in the Soviet Union. It was Saha who influenced Subhash Chandra Bose, when he became president of the Indian National Congress, to set up a Planning Committee. The Planning Committee was set up by Bose under Nehru’s leadership and created the outline of the plan for India’s industrialisation and building the science and technology institutions.  It became, after India’s independence, the Planning Commission, and provided the basis for expanding Indian science and technology infrastructure. The expansion of CSIR (Council of Scientific and Industrial Research) Laboratories, Atomic Energy, Space, and educational institutions, including the IITs were an outcome of this vision of planning and the importance of science for a self-reliant India.

Nehru was aware that if India had to industrialise, the State had to not only play an active role in the economy, but also build scientific institutions that could support such a path. In his search for building scientific institutions, he invited Bernal to India a number of times. The geneticist, JBS Haldane, settled down in India, even taking Indian citizenship. Haldane could not negotiate India’s bureaucratic science establishment, and told Nehru that CSIR should be renamed as Centre for Suppression of Independent Research (S. Irfan Habib, Legacy of the Freedom Struggle: Nehru’s Scientific and Cultural Vision, Social Scientist, March-April, 2016).

A number of scientists in India, such as Meghnad Saha, Husain Zaheer, Sahab Singh Sokhey, were not only the founders of Indian science, but also close to the Communist Party of India. They were included in the roll of honour of American scholars, as “fellow travellers”, a term that became “popular” in the infamous McCarthy Era. Saha, along with Homi Bhabha, laid the foundation for nuclear physics in the country, and Husain Zaheer as Director General of CSIR, expanded it significantly.

Sokhey was appointed as the first Indian director of the Haffkine Institute in 1932. Even though he was a Colonel in the British Indian Army, he headed the health section of thePlanning Committee of the Indian National Congress. After independence, Sokhey laid the foundation of two public sector units that began India’s journey towards self-reliance – Indian Drugs & Pharmaceuticals Ltd. (IDPL) and Hindustan Antibiotics Ltd (HAL).  He also became president of the All India Peace Council, a part of the World Peace Council, and later on, the President of the Association of Scientific Workers of India (ASWI), the Indian affiliate of the World Federation of Scientific Workers. Nehru was the first President of ASWI in 1947.

Jospeh Needham chaired the International Scientific Commission for Investigations of the Bacterial Warfare in Korea and China that indicted the US for war crimes in its 1952 Report. Sokhey had agreed to join the committee, but the Government of India asked him not to. For a long time, the US denied that it had carried out attacks with bioweapons against Koreans and Chinese. The US archives now confirm many of the events that the Needham Commission had described.

Even more damning is the archival information now public that the Japanese Unit 731 had practiced biological warfare experiments on Chinese and Allied Prisoners of War, killing 3,000. The unit’s leaders were provided full protection against war crimes by the US in lieu of turning over all their “research” to the US. It is their “research” that kick-started the infamous bioweapons research centre, Fort Detrick.

The Left’s contribution to India’s science infrastructure after Independence was not simply aimed at expanding science and research institutions, but also to fight for self-reliance. This did not happen without a bitter battle against deeply entrenched interests of multinationals, and the colonised mindset of a number of scientists and political leaders — a battle that continues.

It is not possible in one article to cover this larger story of the Left and its contributions to Indian science and technology. I will pick out just one area—the pharmaceutical industry—to bring out certain aspects of this story. One is the role played by the Left in building science institutions, and integrating them in the larger battle of self-reliance and building a scientific outlook. The other is their contributions in advancing science itself. This story is told in much greater details in the recent LeftWord publication, Political Journeys in Health, Essays by and for Amit Sengupta.

When the British left India, the pharmaceutical industry was completely in the hands of British capital, which produced active pharmaceutical ingredient (API) in the UK, and only packaging was done here for sale. While there were small Indian pharma companies in India, these lacked the backing of scientific research, and how to fight the legal monopoly that the British era Indian patent law enjoyed by the multinationals.

This was a two-pronged battle, a battle to change the patent laws to serve the interest of the Indian people; the other, building the scientific infrastructure and know-how required by the indigenous drug industry. We have covered the patent story and the role of the Left in these columns earlier, so I will talk about its scientific contributions here.

Sokhey, as the first Indian Director of the Haffkine Institute, converted it from what was a cottage industry for producing vaccines into a fully modern facility. It is this core team that later provided the ability to India’s fledgling public sector units set up with Soviet and World Health Organisation help – Hindustan Aeronautics Ltd or HAL and Indian Drugs  & Pharmaceutical Ltd or IDPL.

Again, it was the CSIR infrastructure, created under the leadership of Husain Zaheer, Nityanand, the Director of the Central Drug Research Institute, Lucknow, and the National Chemical Laboratories, Pune, that made it possible for the Indian drug industry to break the stranglehold of the global MNC’s in the Indian market. And finally, it is the major contributions of PM Bhargava and his leadership of the Centre for Cellular & Molecular Biology (CCMB), Hyderabad, that provided a firm basis to India’s biologic revolution in medicines. Today, India is the largest manufacturer of generic drugs and vaccines in the world, thanks to the foundations laid by these Indian scientists.

We still continue to face the hegemony of a hierarchic, caste-based brahmanical order that wants no questioning of the old but complete obedience to the scriptures and the existing order. Critical thinking and raising questions is seditious, whether it was for the old colonial masters, or the current political party in power.

Science and critical reason have to be combined with popular movements — this is the story of the people’s science movement. In the current climate of unreason, hate and divisive social forces, science and reason are also weapons of struggle. We will leave that story, as also many others, for another day.